Authorities said the infant hadn't received any medical care since being born at the residence in August. 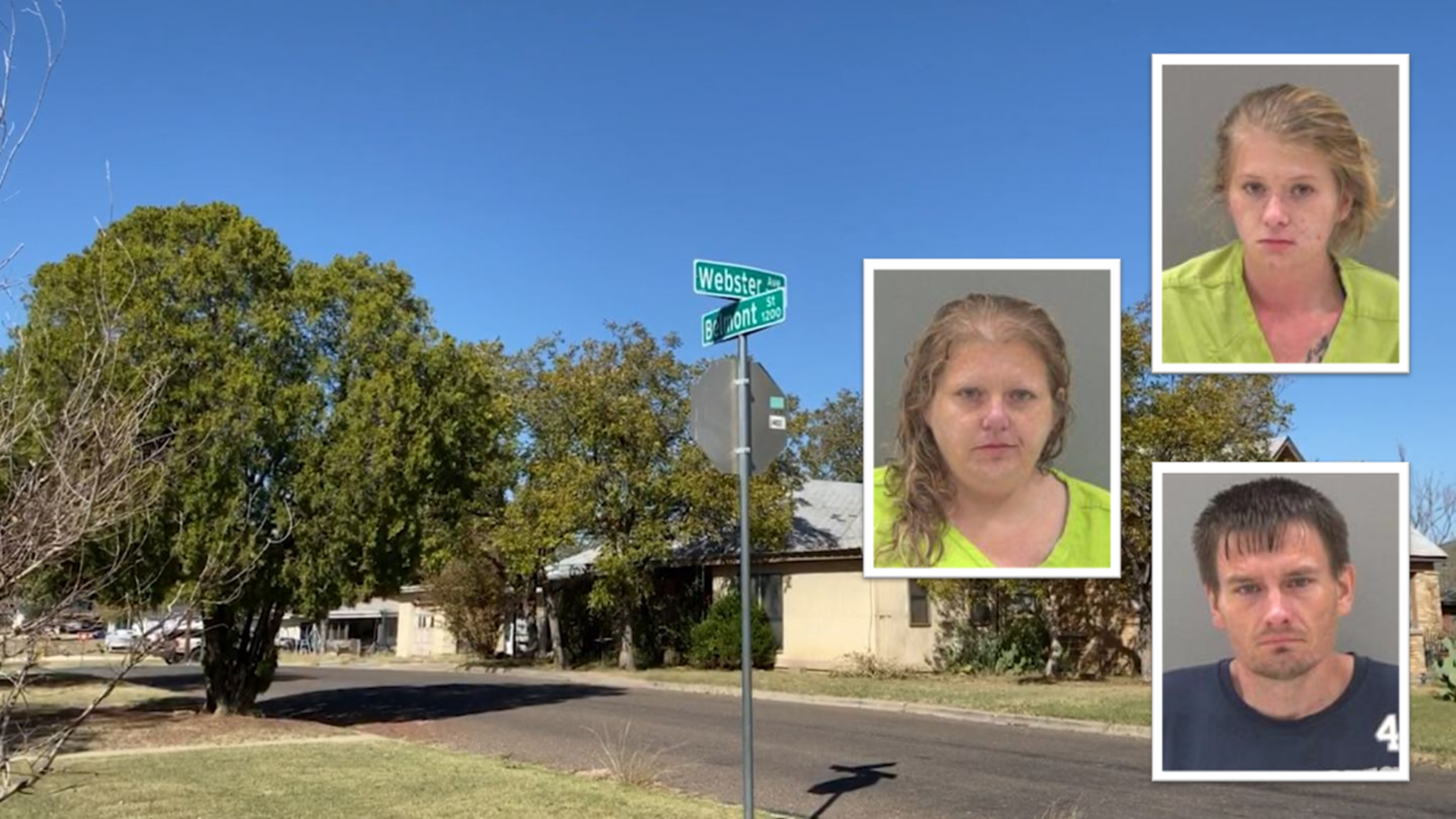 Updated at 4:51 p.m. with additional information.

A 2-month-old girl is on life support at Cook Children's in Fort Worth after she was found unconscious with injection marks and tested positive for heroin, authorities said.

San Angelo police found the infant unconscious Sunday morning at a residence in the 2200 block of Webster Avenue, officials said.

San Angelo is nearly four hours southeast of the Dallas-Fort Worth area.

Officers said she was unresponsive when they arrived at the house.

The baby was transported to the Shannon Medical Center for treatment. That's when hospital officials said they assessed the infant and told police that they found injection sites on her extremities and head.

They also informed authorities that the infant’s urine tested positive for heroin, according to police.

Due to the infant's condition, medics transported her to Cook Children’s Hospital in Fort Worth where she remains on life-support as of Wednesday morning.

Detectives said during their investigation, they learned that in August, the infant's mother, 21-year-old Destiney Harbour, gave birth to the girl at the residence.

Authorities also discovered that the infant had not received formal medical care since her birth.

Officials said while they were executing a search warrant inside the house, they found drug paraphernalia as well as a small quantity of suspected heroin, methamphetamine, marijuana and pills.

San Angelo police said Harbour, Bradley, and Smock all face a charge of serious bodily injury to a child, which is a first-degree felony.

However, authorities also said it's an ongoing investigation and the three suspects may face additional charges in the future.

Dr. Jamye Coffman is the medical director of the CARE Team at Cook Children's, which is the child abuse program.

“Initially, right after the (COVID-19 pandemic) lockdowns, we saw a little blip up in severity of cases for the first couple of months,” Dr. Coffman said.

Since then, Dr. Coffman said overall, the number of cases has gone down.

But she said her team is seeing an increase in severity of the cases.

“We're unfortunately going to exceed the number of deaths from 2019,” Dr. Coffman said.

Not all cases referred to Dr. Coffman’s team end up being abuse. But when you consider the ones that are, Dr. Coffman said:

“There's no rhyme or reason to abuse. We've tracked it for 20 years and there is no specific season to it. We just have to be ready all the time. When it happens, it happens,” Dr. Coffman said. “For the holidays, it's after the holidays when kids get back at school and can tell what happened is when you tend to see more disclosures and so we may have an increase after that time, just post-holidays."

If you are concerned about abuse or neglect and would like to follow up on a patient seen at Cook Children's, contact the CARE Team at (682) 885-3953.