Whoever stole Roxanne Gonzales' car successfully used her credit card to purchase gas at a gas station off Babcock Road on April 25. 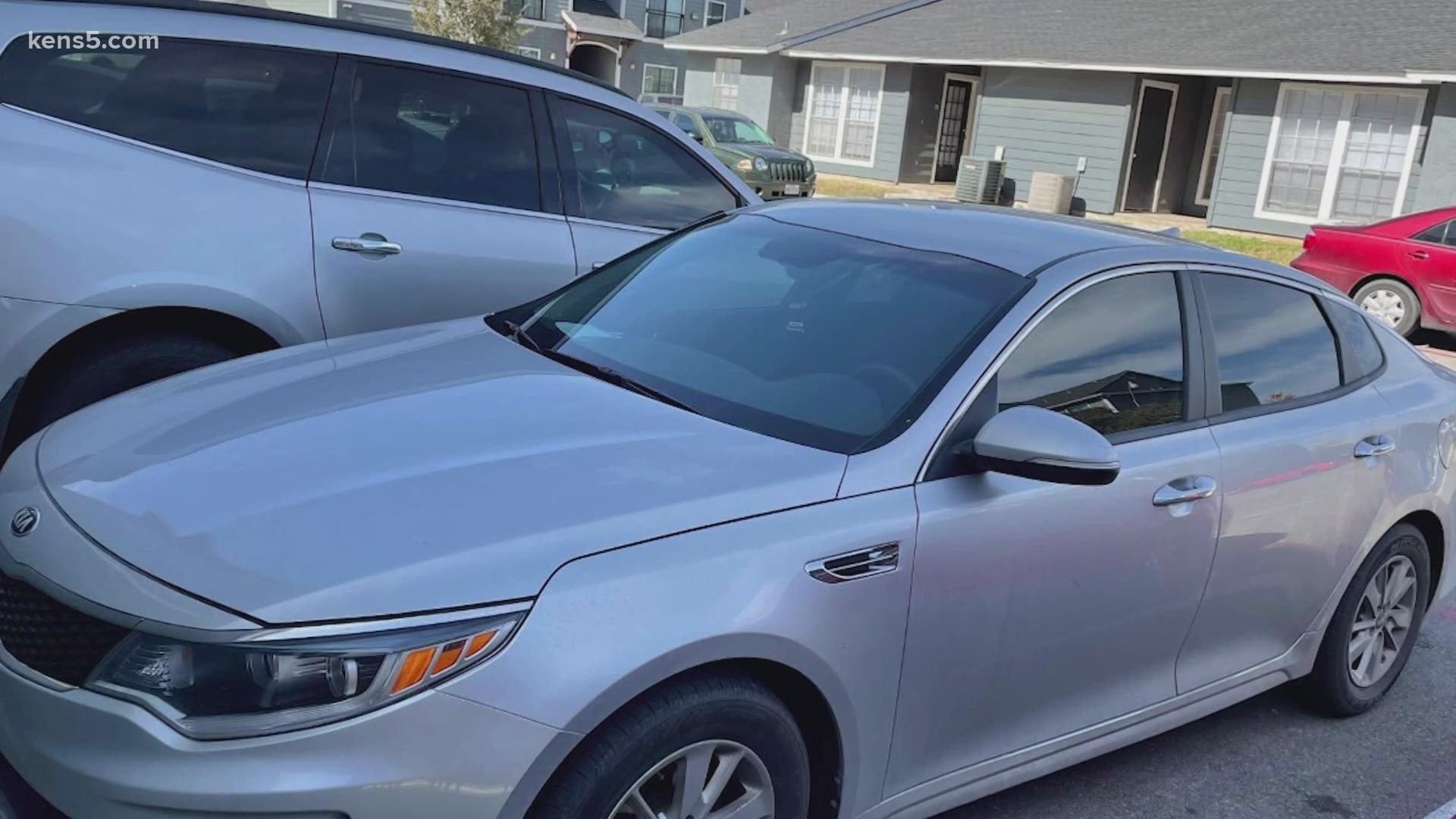 SAN ANTONIO — Roxanne Gonzales had just come home from hanging out with friends and decided to check her mail but in the process, someone stole her car.

“I literally lost everything. I can’t even walk outside my house with a purse to grab,” Gonzales said.

The incident happened around 8:20 p.m. on April 24 at the Allure apartments off Pipers Lane in San Antonio.

Gonzales recalled hearing a car revving up as she was checking her mail at the apartment’s communal mail facility. She admits her keys were still in the ignition of her 2018 Kia Optima.

“I heard my car revving and I was like, what the heck. I turned around, walked up to my car and saw someone in a grey hoodie in my car,” Gonzales said.

The grey-hooded individual wasted no time and zoomed off in the blink of an eye.

“I couldn’t comprehend what just happened. I just saw my vehicle take off and my heart just like – I just started crying and calling the cops and just like yelling honestly, I was so frustrated,” Gonzales said.

Gonzales’ frustration escalated when she got a text the following evening  from her bank about someone attempting to spend $82 using her credit card at a CVS off Babcock Road.

Roxanne said $15 was approved at the Shell gas station across the street. She obtained security footage from the gas station, which she believes shows the suspect and her car. KENS 5 blurred the man’s face since SAPD cannot confirm he’s an official suspect.

“I was so angry to just see the face of the guy who was in my car. That’s my belonging. I can’t even imagine someone sitting in my driver’s seat touching my steering wheel,” Gonzales said.

In the meantime, Gonzales is working with her insurance company in hopes to get enough money to buy another car. She does have a message for whoever is responsible for stealing her vehicle.

“I just hope that God finds it in their heart to change their ways because it’s not going to get them anywhere,” Gonzales said.