'I didn’t feel a thing': Windcrest officer dragged, run over in traffic stop

Officer Adam Espinoza said adrenaline may have saved his life during a traffic stop with an unruly suspect. 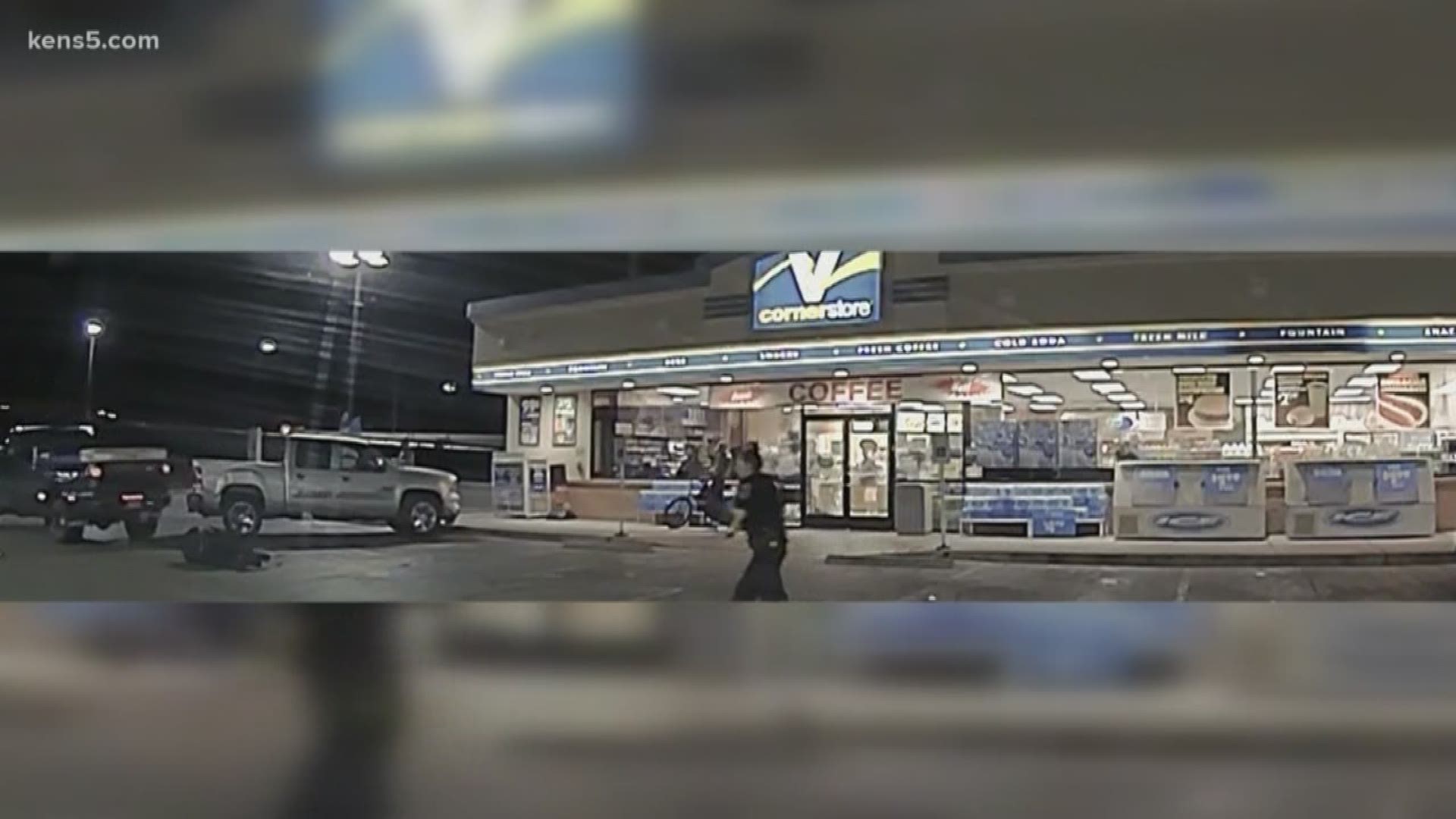 The 36-year-old and his partner ran the plates of a Chevy Silverado at a convenience store at 4801 Walzem Rd on July 13, 2017.  According to a WPD police report, the plates belonged to a Toyota. The officers suspected a possible vehicle theft.

The dash camera video shows the two approaching the truck. Espinoza’s partner had eyes on the truck’s female passenger, who standing outside of the vehicle. Inside of the truck sat Dylan Thomas Guzman, who police said refused to cooperate with Espinoza.

The 36-year-old officer said he tried to handcuff Guzman. That evolved to the five-year veteran using his taser on the suspect. According to the police report, Guzman was unaffected.

The police video shows him putting throwing the truck in reverse and slamming into Espinoza’s patrol car. The Windcrest officer said his arm got tangled in the truck’s seatbelt. Espinoza slipped onto the parking lot. The truck was still moving.

Guzman hit another truck parked in his path. Espinoza was on the parking lot under the truck driven by Guzman. The suspected truck thief backs up, runs over Espinoza and drives away.

In the video, Espinoza gets up slowly. By happenstance, there is an ambulance in the parking at the convenience store.

“I called for my own ambulance,”  Espinoza said.

He believes adrenaline saved him in the three minutes in which the jaw-dropping crime occurred.

Guzman was caught by the Lone Star Fugitive Task Force less than a week after the incident. He faced a felony weapons charge and aggravated assault of a public servant.

The 21-year-old signed off on a plea agreement to the charges. He is serving an 11-year sentence.

Espinoza is still working the overnight shift at WPD.