Still no sign of Cecilia Huerta Gallegos since she vanished in July. An arrest affidavit points strongly toward her husband as the reason she disappeared.
Author: Marvin Hurst
Published: 8:43 AM CDT August 29, 2019
Updated: 2:31 PM CDT August 30, 2019

SAN ANTONIO — One day after being arrested for a charge of filing a false report to police in connection to the disappearance of Cecilia Huerta Gallegos, her husband, Reyes Gallegos is facing another charge -- this time, for assault-bodily injury.

On August 29, Reyes Gallegos was arrested for a charge of filing a false report to police in connection to the disappearance of his missing wife.

For the first time, an arrest affidavit laid out how the 34-year-old could be involved in his wife's disappearance.

San Antonio Police said they were called to the couple’s address for a “cutting in progress” call on July 8. Investigators said Gallegos claimed he and his wife had an argument over possible infidelity. He told police the fight turned physical.

His arrest affidavit said he visible injuries to his face, a large scratch mark on his chest consistent with fingernails and a superficial cut on his index finger. According to police, the suspect said his wife cut him on the finger with a knife, dropped it and left the house on foot.

Two days later his wife was reported missing. Police said she had not communicated with anyone after July 7. She had vanished without taking a vehicle. 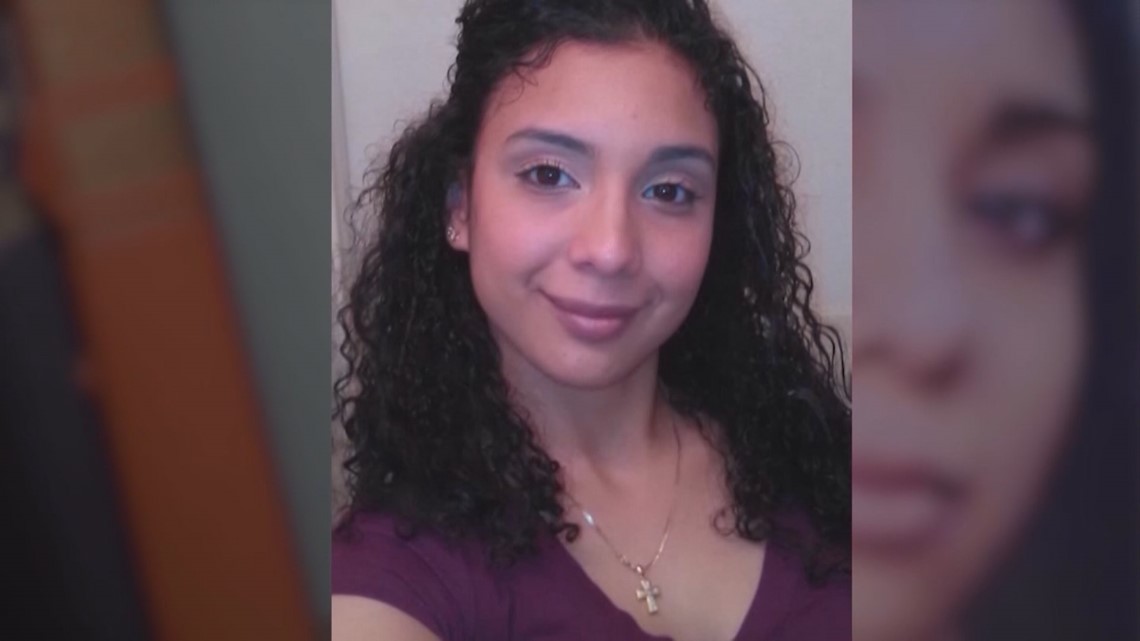 On July 15 SAPD got a search warrant for the Gallegos home to review the video surveillance system. The arrest document said the cameras had interior and exterior views of the house.

According to the affidavit, his wife is never seen on any video during the time of the alleged cutting. More importantly, officers said the woman is never seen leaving the residence.

SAPD did see the victim arriving home from work on Sunday, July 7 just after 7:30 p.m. Investigators said less than 15 minutes later she entered the bedroom she shared with Gallegos. Police said it’s the last time video captured her image.

Investigators said Gallegos is visible on the video trying to keep the victim’s children away from the couple’s bedroom.

On July 8 SAPD said the surveillance cameras were shut off at 2:08 am. Police said they remained that way for nearly two hours. The cameras, per the arrest document, came back up at 3:44 am.

Investigators said when the video resumed Gallegos made multiple trips to a white Chevy Tahoe. Police said he left the home four times. Three trips were between 2-11 minutes in length. Then, SAPD said he left at 6:27 am and did not return until 8:48 am.

According to police, Gallegos came back to house unloading a chainsaw, shovel, trash bags and cleaning supplies. Investigators said his shirt appeared wet with sweat.

Officers said the video shows he appeared to shower and call police to his home for the cutting in progress call.

Gallegos was arrested on August 14 for punching a man 16 days before his wife vanished.

The Chain Breakers Search & Rescue volunteer group is planning another search at Rodriguez County Park Saturday morning. Cecilia's family is asking for the community's help. The group needs volunteers for the search. You can contact the group through their page.