Human smuggling on the rise along the I-35 corridor

Video captured the moment dozens of migrants poured out of a tractor-trailer in Pearsall. 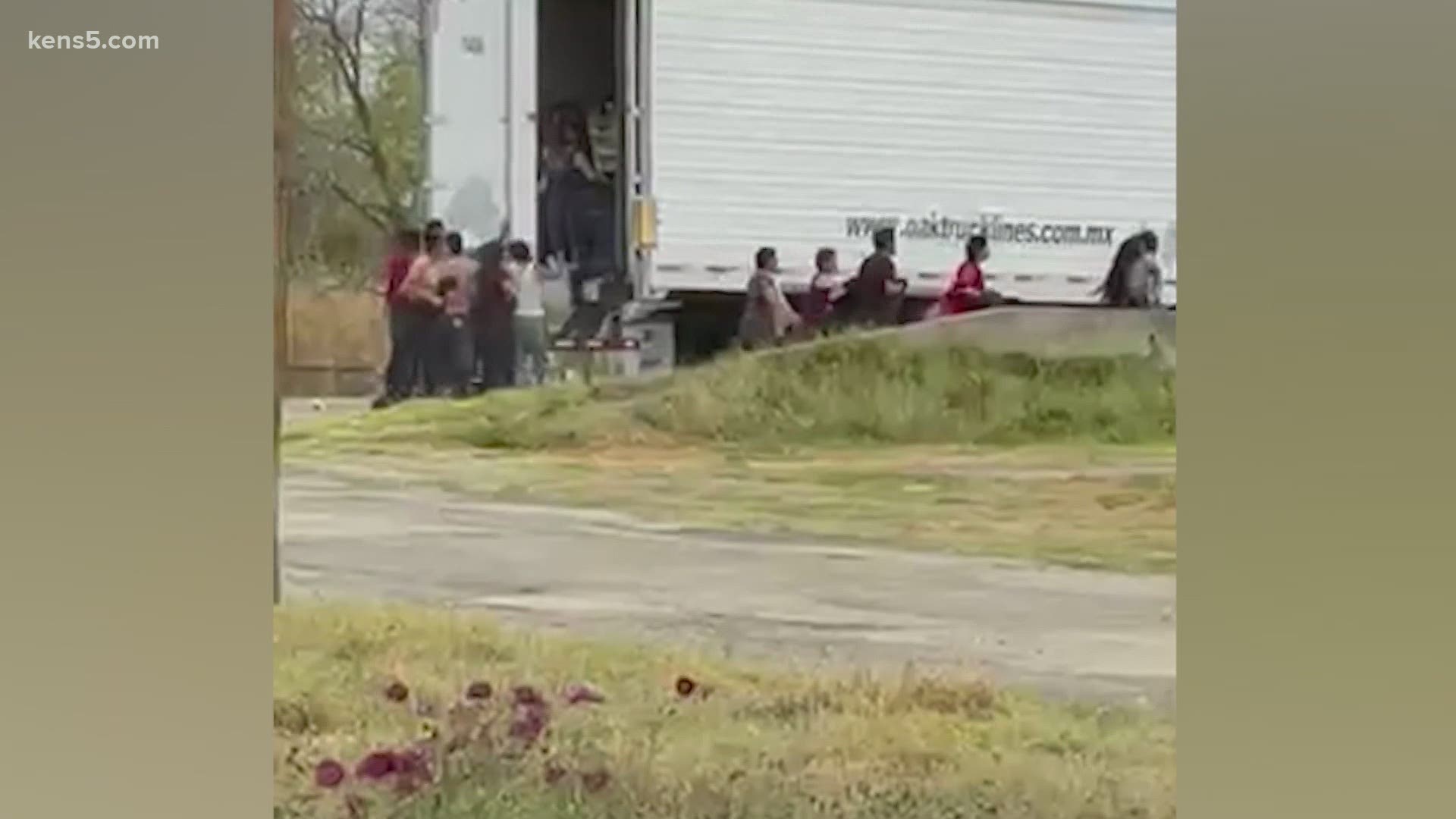 Video captured the moment dozens of migrants poured out of the back of a tractor-trailer in Pearsall around noon on Monday.

Pearsall Police said a witness called authorities after he saw arms flailing out the small window on the back of the trailer, that witness then saw a person stick their head out.

Authorities caught up with the tractor-trailer and said migrants fled from the scene.

They said at least 65 migrants were quickly apprehended.

Police said they called EMS because most of them were “soaked in sweat” and dehydrated.

“When the smuggling organizations put individuals in the back of tractor trailers with no means of escaping, they are at the mercy of the smugglers and they don't care for their lives,” said Harry Jimenez.

Jimenez served over 30 years as an investigator with the Department of Homeland Security, covering the southwest border.

“The smugglers have a complete disregard for human life,” said Jimenez.  “They don't care about the safety and security or comfort of the individuals that they're transporting.”

Pearsall Police said the driver of the tractor trailer tried to blend in with the fleeing migrants, and was identified because a witness described his clothing.  Authorities said he was the only one in the group wearing boots.

The man was arrested and is in federal custody.  It’s unclear exactly what charges he will be facing.

Authorities believe some of the migrants may have gotten away.  Pearsall Police said residents were calling into the evening with reports of people running through their yards.

Interstate 35 runs right through Frio County, making it a prime passageway for smugglers hauling migrants from the border.

“The smugglers are telling individuals all through Central America that this is the moment to make the journey, which is a very dangerous journey,” said Jimenez.

Border Patrol in the Laredo Sector have busted numerous tractor trailer smuggling attempts in the last few months. Hundreds of migrants have been apprehended.

“Smugglers are trying to move large numbers of undocumented immigrants. This is why you're going to see and we have seen an increase on tractor trailer smuggling ventures,” said Jimenez.

It’s still undetermined how many migrants were apprehended.

KENS reached out to Border Patrol officials in the Laredo Sector who then referred us to senior officials with Homeland Security.

HSI has not responded to our requests for information regarding this story.