Viewer video shared with KHOU shows the end of a Houston police chase on the West Loop South. 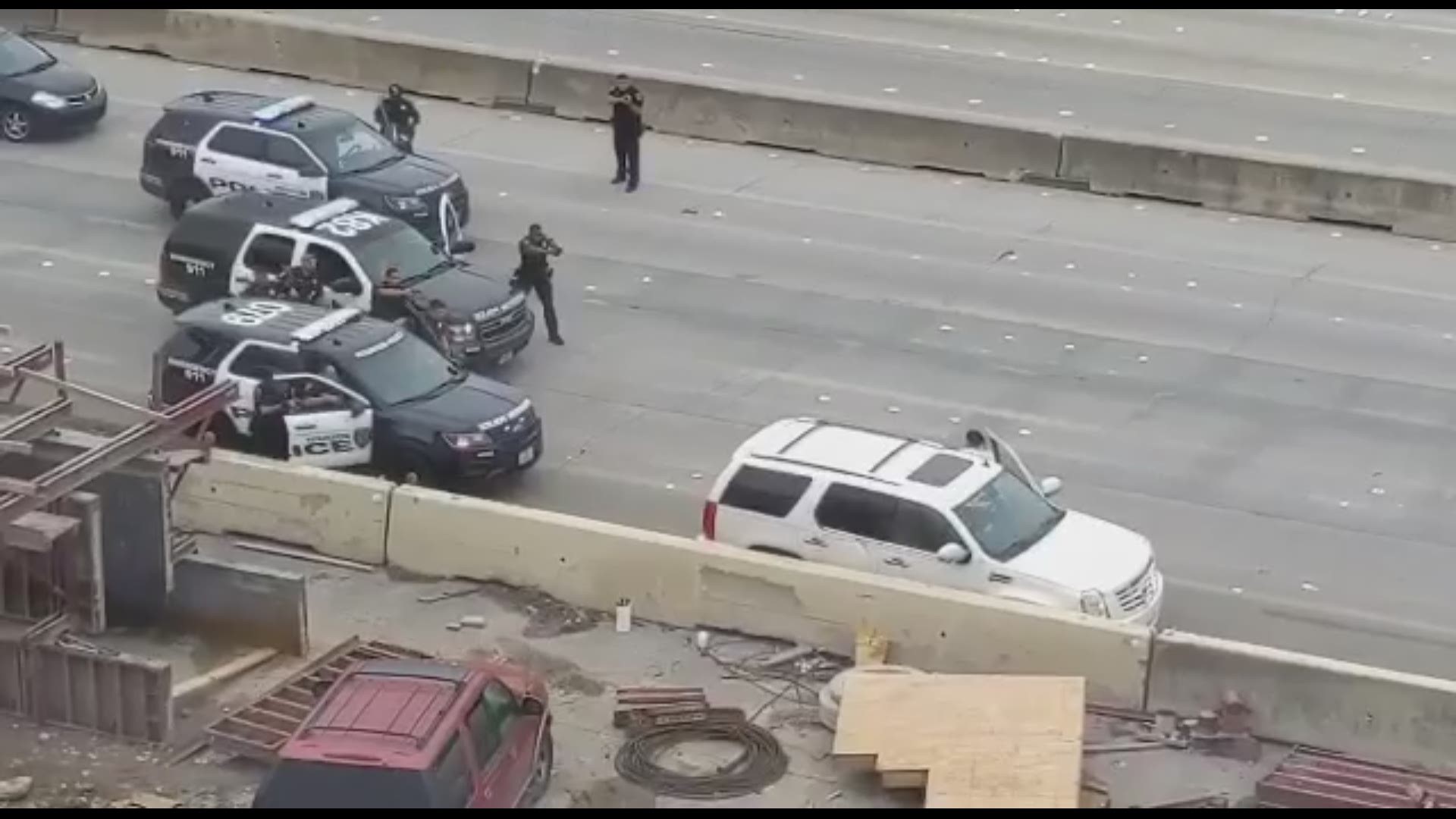 A man reported his Escalade was stolen from a gas station at the South Loop 610 and Broadway area just after noon, police said.

When the officers tried to pull the suspect over, he sped off, and police chased him.

Police said the officers were able to take the theft suspect into custody just before 1 p.m. in the 5500 block of West Loop South.

This is a developing story. Refresh this page for updates.