Witnesses were able to hold the driver until police arrived. 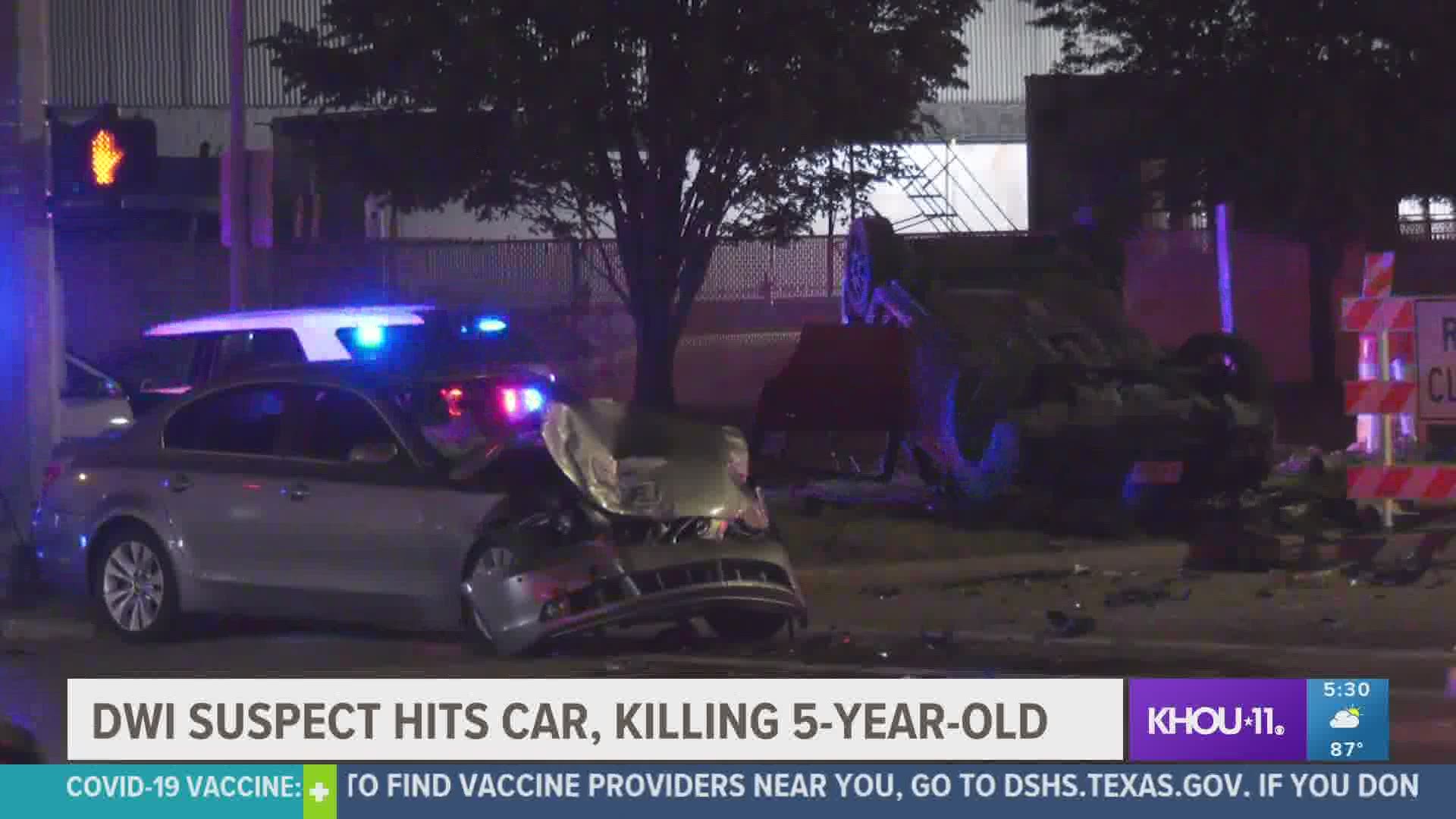 This happened at about 3:30 a.m. Sunday on the Southwest Freeway feeder at the Fountain View intersection.

Houston police said the suspected intoxicated driver, identified as 26-year-old Sebastian Matta, was in a silver BMW traveling northbound on the Southwest Freeway feeder. Matta allegedly passed a red light and collided with a maroon Nissan at the Fountain View intersection.

A man and his 5-year-old child were in the Nissan. The impact of the crash caused the Nissan to roll over, severely injuring the 5-year-old who died at the hospital.

The father was not injured.

Matta attempted to walk away from the crash scene but witnesses were able to hold him until police arrived, according to investigators.

“There was a group of citizens who were there, who stopped to assist to detain the driver as he was trying to flee the scene,” said Chuck Cornelius with the Harris County District Attorney’s Office vehicular crimes division. “They were able to stop him.”

Matta was taken to a nearby hospital for injuries. Police said he is refusing to say where he came from before the crash.