Police say that the suspect hit a VIA bus and t-boned another car before officers caught up with him. 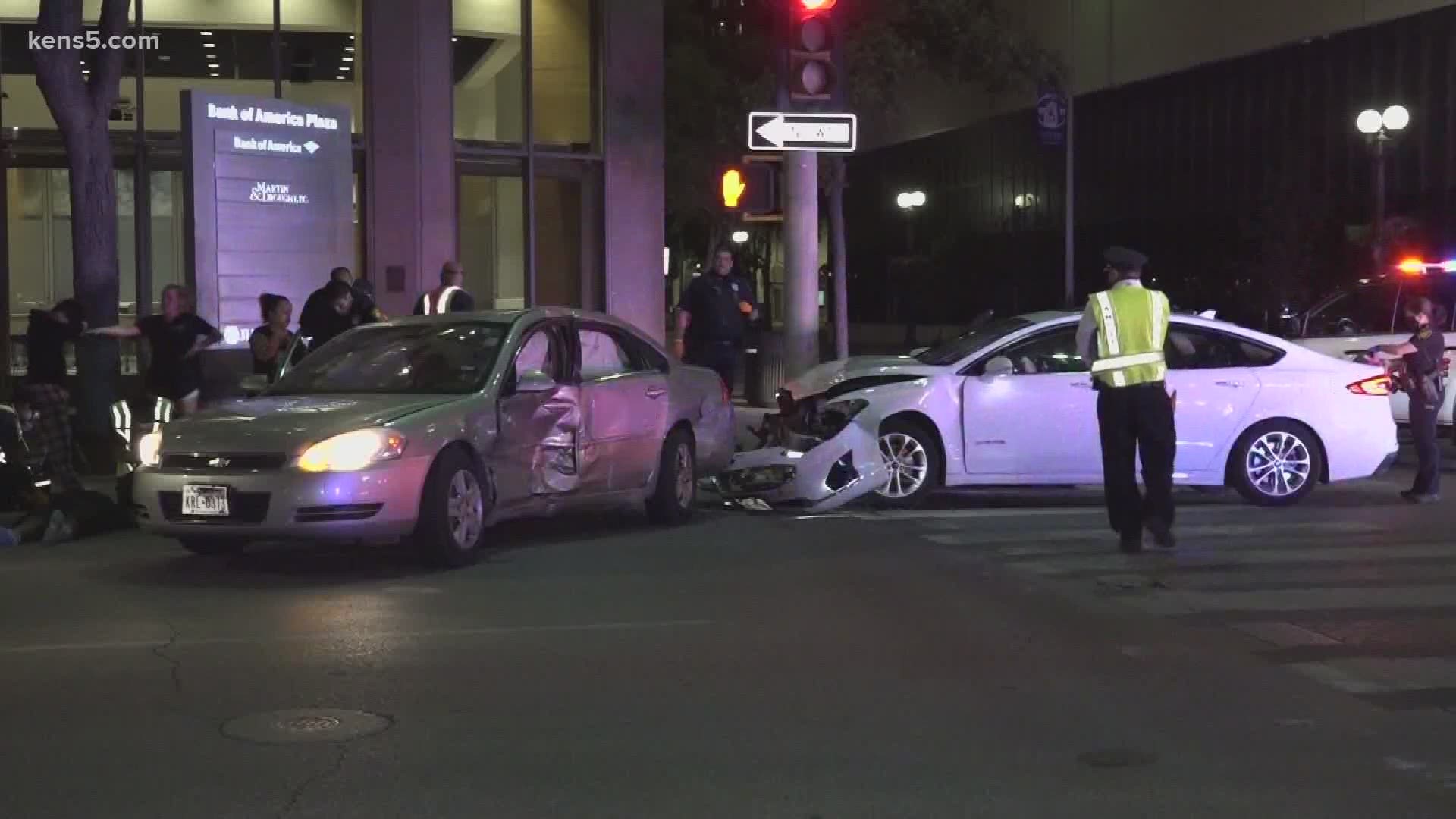 SAN ANTONIO — One man is in the hospital and another has been arrested following a hit-and-run crash that turned into a large drug and weapons bust.

Officers were called out to a crash at the intersection of Martin & Navarro just after midnight.

At the scene, officers found two cars and a VIA bus with damage, along with an unconscious patient on the ground. SAFD arrived and rendered aid to the patient, who was then taken to a nearby hospital in serious condition.

According to an official with SAPD, the driver of a silver car hit a VIA bus near the intersection of Navarro & Travis and then sped away. While driving off, he ran a red light at Navarro & Martin, which resulted in the driver t-boning another car.

There were a total of three people in the suspect's silver car, one of which was the man that was unconscious on the ground when police arrived.

During a search of the silver car, five firearms, an excess amount of ammo, and a large number of narcotics were found. The driver faces drugs and weapons charges.

No other injuries or arrests were reported.