Several law enforcement vehicles were seen following a pickup truck on the city's southwest side. It ended near Jerry D. Allen Elementary School. 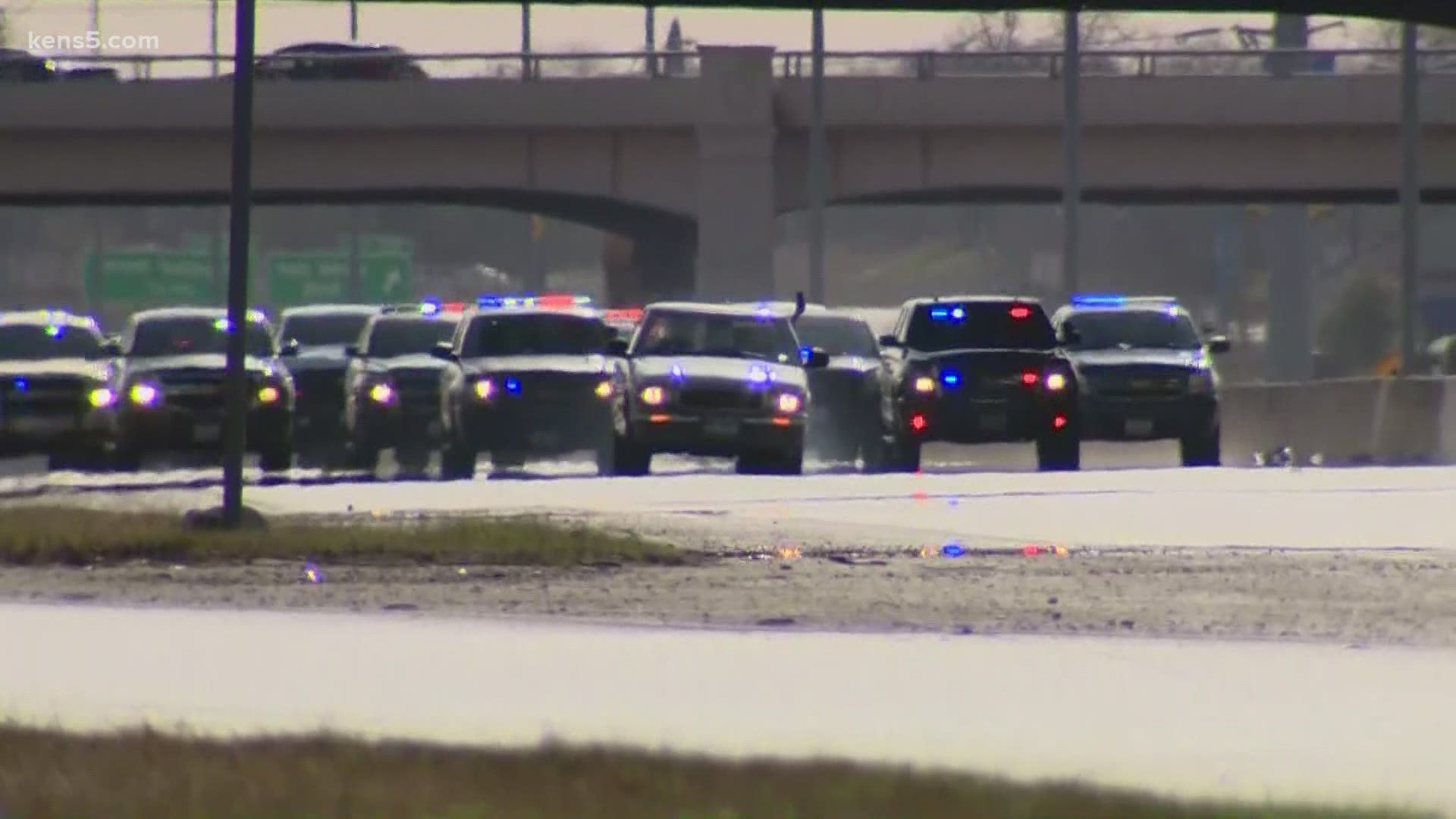 A pursuit of a vehicle ended Tuesday morning in front of an elementary school on the city's southwest side with the suspect being shot several times by deputies.

Vehicles from the Department of Public Safety and the Bexar County Sheriff's Office followed a white pick-up truck on I-10 and I-35 around 10:45 a.m. The suspect, who had an active warrant for a parole violation, is accused of shooting at officers while trying to flee on the highway.

At least a dozen law enforcement vehicles were following the truck. Moments later, the vehicle exited and stopped near school. A BCSO public information officer said the driver got out of the truck with a weapon in hand and threatened deputies. Six deputies struck the suspect, who appears to be in his 30s to 40s, according to BCSO.

When police in Pleasanton originally pulled over the truck, the suspect's passenger was taken into custody there. That's when the driver took off, according to authorities. The pickup truck could be seen traveling with what appeared to be a flat tire on the highway. Eventually the tires disintegrated to the bare rim after deputies used a spike strip, BCSO said.

No deputies were injured from the shooting, but the suspect did strike a deputy's vehicle. CPR was administered at the scene and the suspect was transported to the hospital in critical condition.

Northside Independent School District placed the elementary school on lockdown while the investigation continues. BCSO said the district would notify families on how and where to safely pick up their children.

The suspect's passenger was taken to Pleasanton Police Department's headquarters for questioning, but was later released.