Stolen SUV with five teens rolls over during pursuit on southwest side, police say

According to SAPD, the five teens hit another vehicle early Sunday morning, then a building and took off. They wouldn't stop until they ended up rolling the SUV. 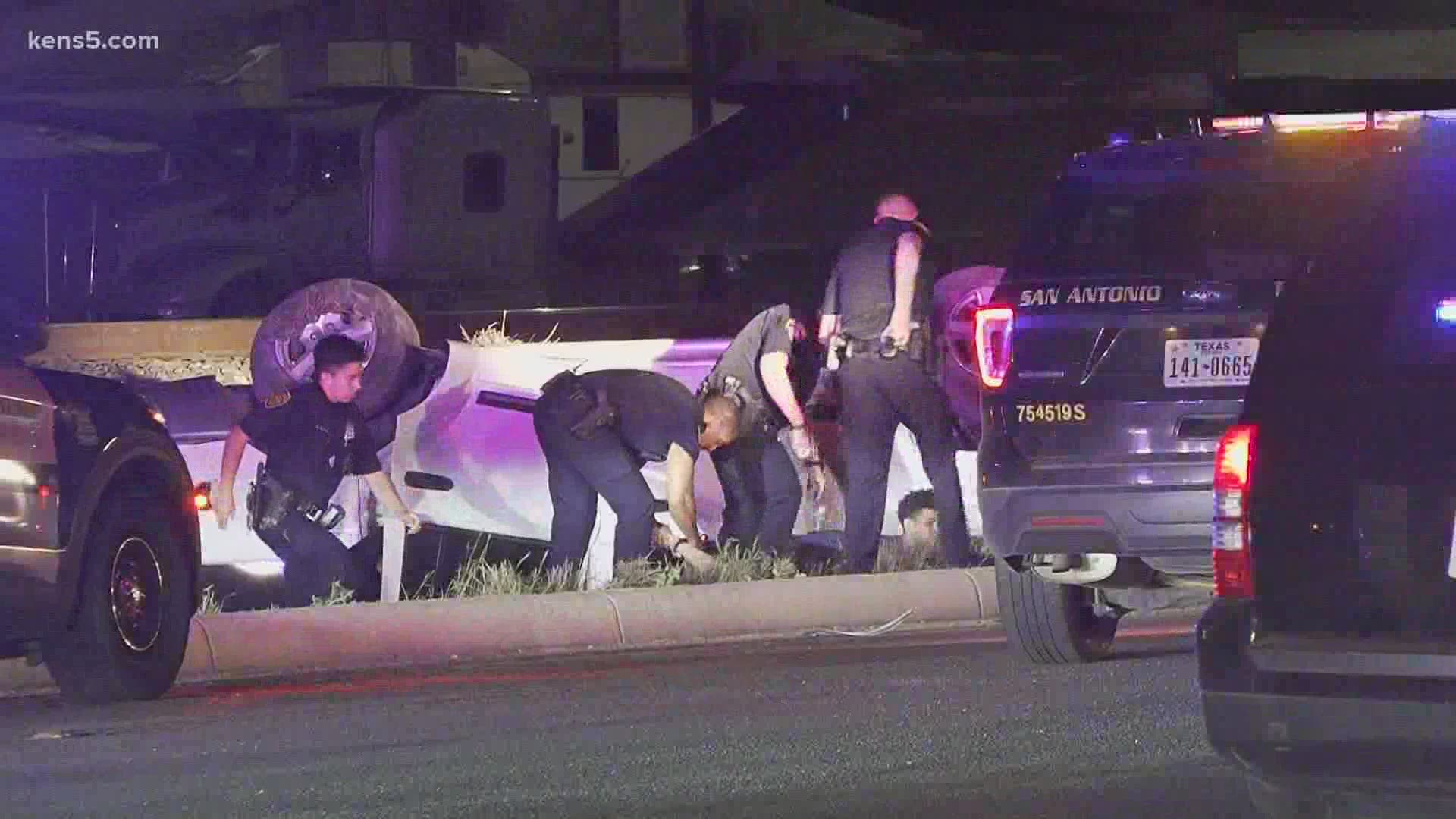 SAN ANTONIO — Police said five teens tried to run from officers in a stolen SUV and ended up crashing overnight on the southwest side. According to the San Antonio Police Department, the group had refused to stop.

Officials said right after midnight, the teens hit another vehicle and then bumped into a store building at a gas station and took off.

After a short pursuit, they rolled over on Frio City Road and South Zarzamora Street.

No one was seriously injured, but the teens could be facing multiple charges.