Fire breaks out at a storage facility on the east side

It happened along Highway 87 and Stuart Road just before 9 p.m. Tuesday. 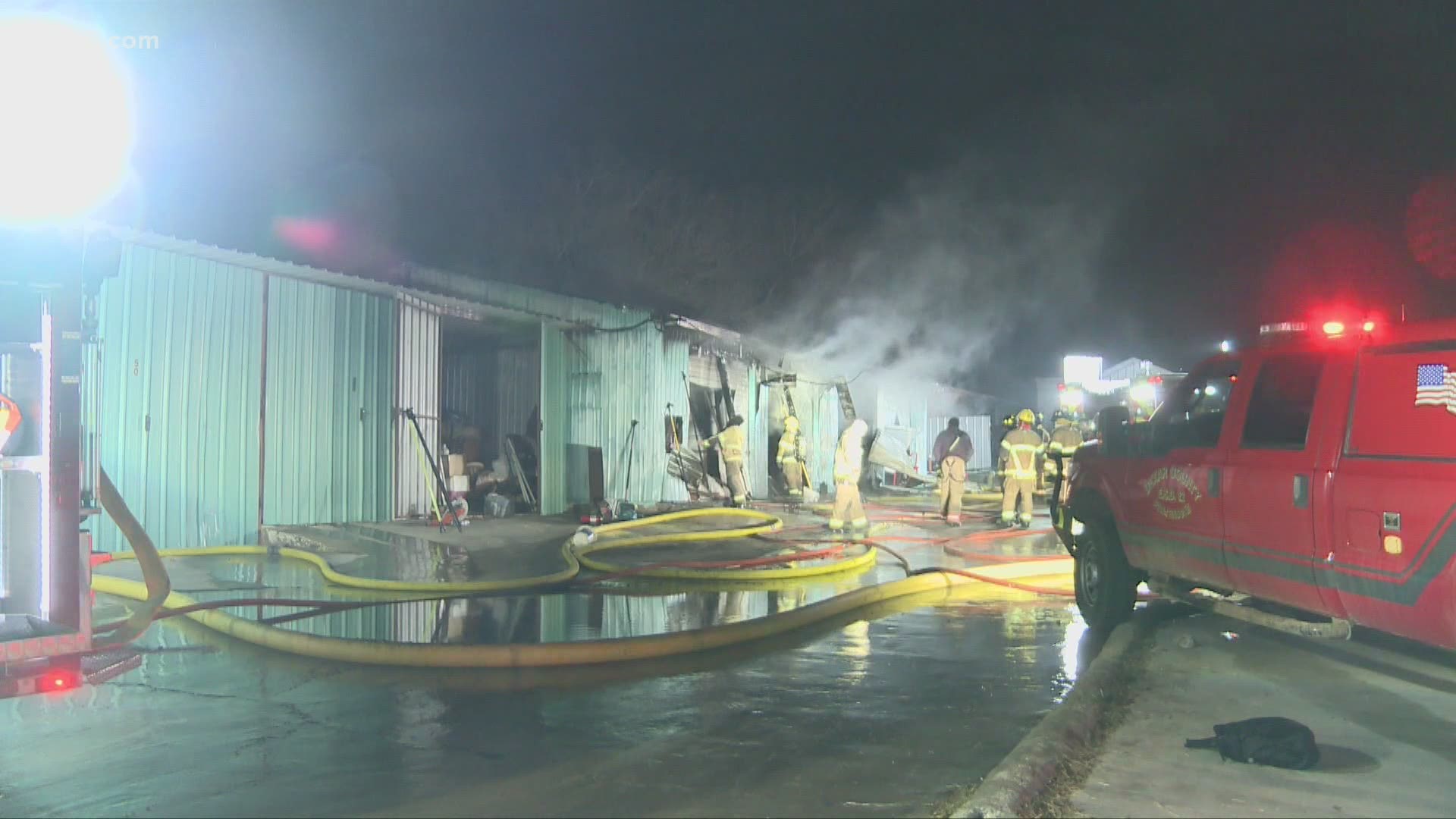 SAN ANTONIO — A fire at a storage facility on the city's east side broke out just before 9 p.m. Tuesday.

Bexar County firefighters responded to the blaze near the intersection of US Highway 87 and Stuart Road.

Officials at the scene said there was no one inside the building and there were no injuries reported.

According to investigators, about six storage units had fire and smoke damage. All of those units and their contents are believed to be a total loss.