Family of unsolved murder victim releases balloons on his birthday

The family of Isaac Orosco released balloons on what would've been his 22nd birthday. Orosco's murder case is still unsolved. 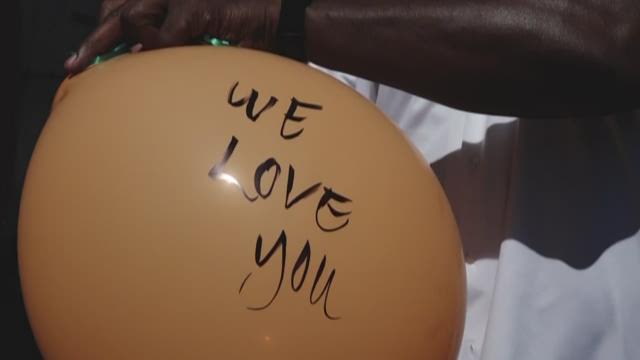 On Sunday, the family of Isaac Orosco, a young man who was shot and killed last July, released balloons on what would've been his 22nd birthday. His murder remains unsolved.

"He was my only son, my only child, and he deserves justice," she said.

His mother said that Isaac had a promising life that was taken far too soon.

"He was very ambitious. He had a lot of plans in his future. He loved his family dearly," she recalled.

On July 29, 2016, police say that Isaac, a high school football player who was planning to join the Marine Corps, was gunned down outside of his apartment complex.

"Whoever did this, it's not right for them to be out there, knowing they took an innocent life from me, from all of his family that are here today, and I want justice for my son," Esparza said.

But even with Isaac gone, his family and friends still wanted to remember him and celebrate what would have been his 22nd birthday by releasing balloons that included handwritten messages. They also brought a birthday cake celebrating the life of the avid hunter.

"He's looking down and I hope he's proud of me, and that he's proud of his family, that we are here together and that we love him and miss him very much," Esparza said.

Police have video of an SUV with someone inside that was linked to the murder but have yet to make an arrest in the case. Anyone with information is urged to call Crime Stoppers at 210-224-STOP.