Jonathan Perales was found guilty of capital murder and sentenced to life in prison in a murder case involving a physician's assistant from Universal City. 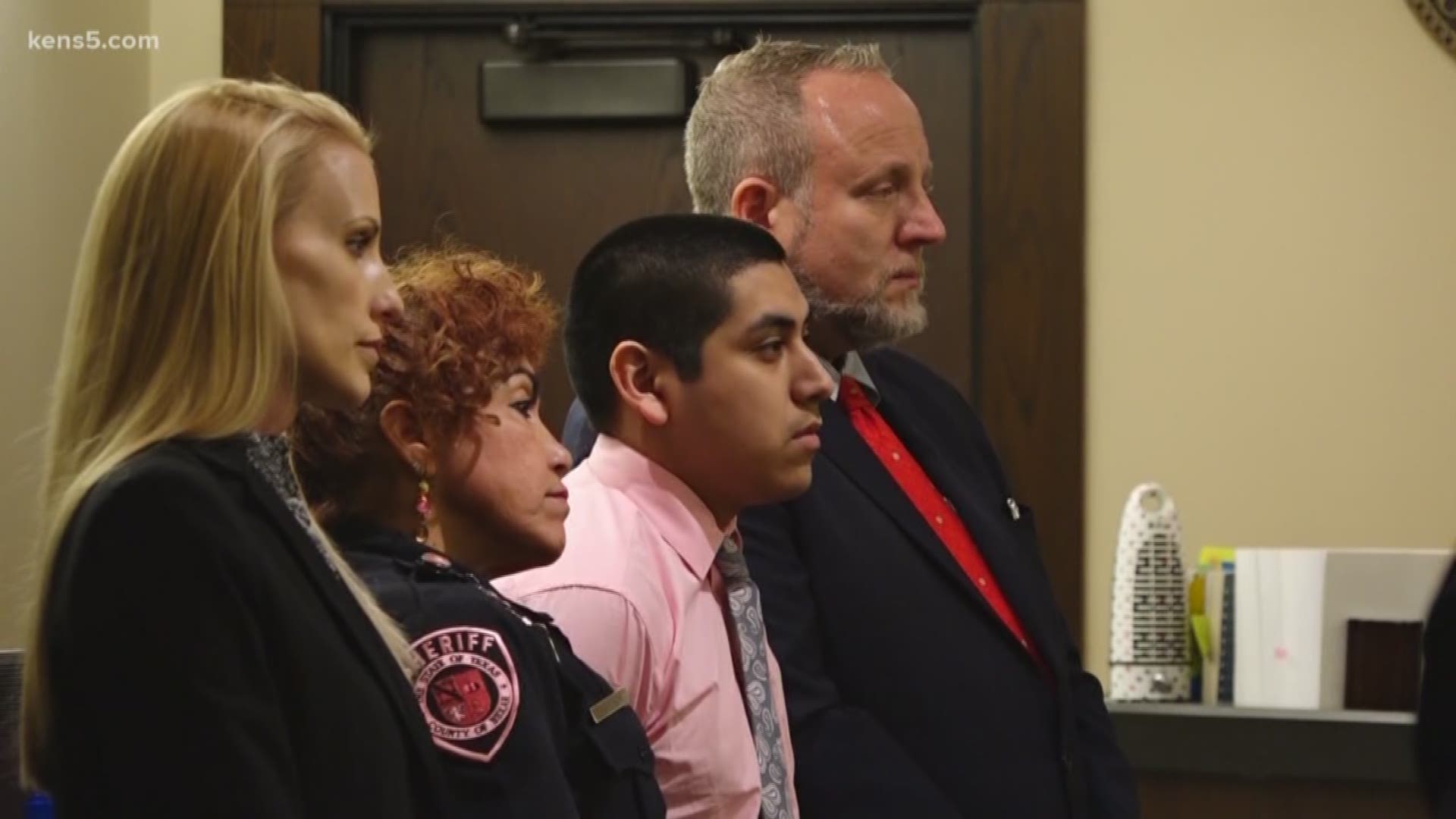 A teen now faces life in prison without parole after a jury found him guilty of capital murder.

On October 10, 2017, Michael Robinson took his last breath protecting his family from a burglar who fired a fatal shot. On Thursday, Perales learned his fate.

The verdict brought pain and tears to family and friends but Robinson's family drew courage to face the man who took their father and brother away.

"I recently got married this summer and I had to walk down the aisle without my father next to me,” Robinson’s daughter told Perales after the verdict.

"He was the best big brother and son,” Robinson’s sister said. “He was patient and protective of us."

During closing statements, the defense argued that Perales did not intend to kill Robinson during the burglary, but prosecutors pointed to social media pictures that showed a teen armed and dangerous.

"He is telling everybody what his intent is with bars on his tongue and a barrel pointing up and his finger right on the trigger," prosecutor Kristina Escalona said to the jury.

Prosecutors also showed the jury a picture of Perales’ tattoo, which depicted a gun with Robinson’s murder date. They say it proved that the murder was a "trophy" for Perales.

When KENS 5 asked Perales’ attorney about the tattoo, he said it was a way for Perales to cope with Robinson’s death.

"It could have gone both ways but God chose my son to live, and I believe this is his second chance to redeem himself and to live for the purpose of God," Palacio said.

Robinson’s family forgave Perales in court. He faces life in prison without the possibility of parole.