EXCLUSIVE: Accused shark thief says he was trying to save the shark

The man charged with stealing a horn shark from the San Antonio Aquarium spoke exclusively with KENS 5 to explain why he did it. 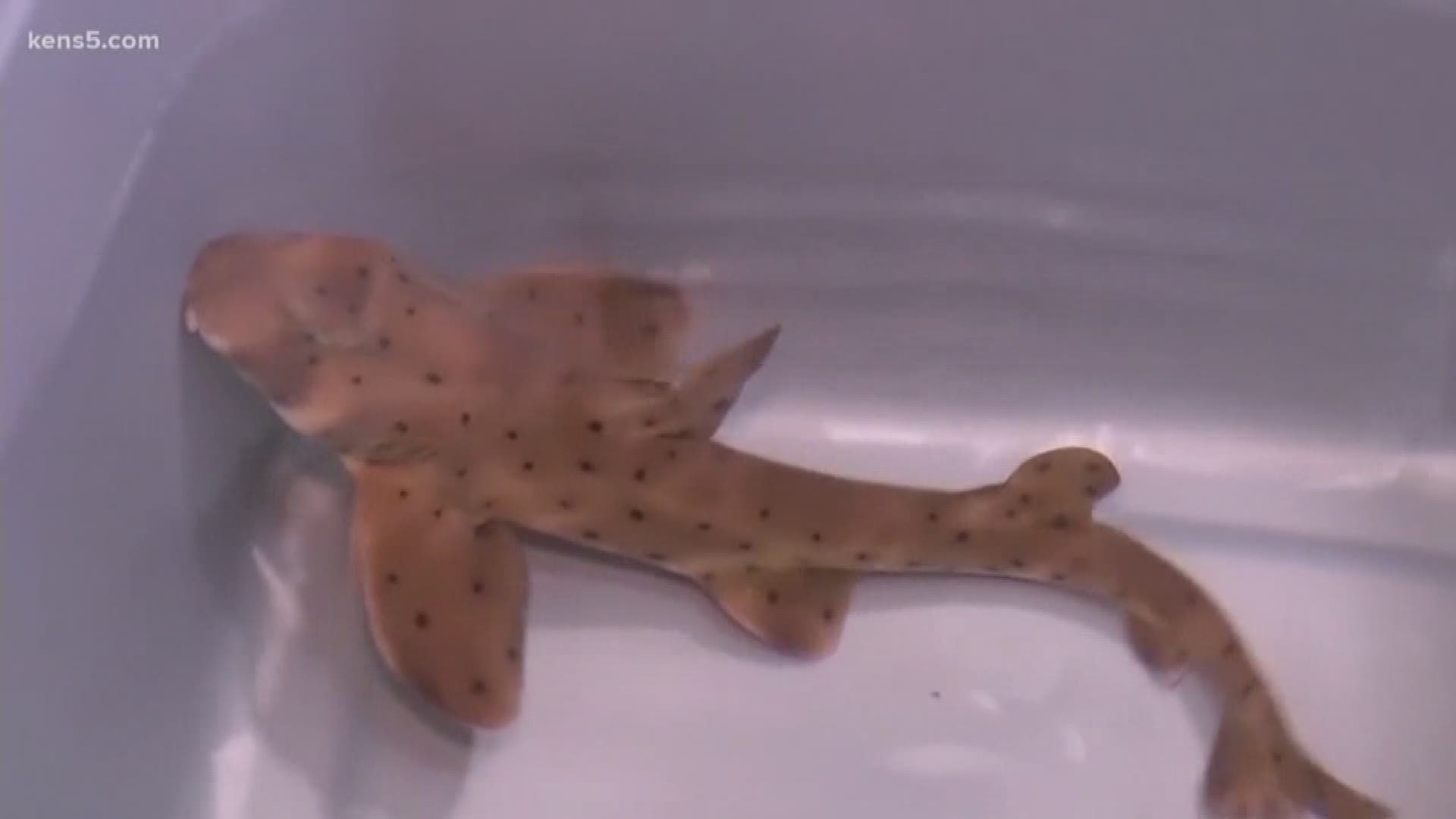 Over the weekend, 38-year-old Anthony Shannon was caught on surveillance camera grabbing “Miss Helen” the horn shark from the San Antonio Aquarium and taking off with her in a baby stroller.

"After everything happened, I told [the police] everything," Shannon said. "I was honest with them straight."

Shannon was one of three people who took off with the animal. Leon Valley police say that Shannon eventually confessed to the crime and was charged with felony theft.

"It was wrong to just take him like that. But, at that point in time, it was just something that I had to do," said Shannon, a self-proclaimed activist who says that he has 30 years of personal experience with marine life.

In his home, he has three salt water tanks filled with dozens of fish and five sharks.

"I've been dealing with aquariums since I was 8 years old," said Shannon, who described placing the stolen horn shark in one of his tanks until police later recovered it. "I knew it would gain a lot of strength being in a proper environment.”

Shannon said that about four weeks ago, a friend told him the San Antonio Aquarium was in poor condition and marine life were dying frequently.

"So I said, as a salt distributor, I was going to send in a guy, 'Anthony Shannon,' that he's my buddy, he's an aquarist in San Antonio. So when I came, I posed as myself, I got a full tour of the store," Shannon recalled. "She showed me everything, and the room, and ‘check out the systems.’"

RELATED: Shark heist suspect may have posed as supplier to stake out SA Aquarium

The General Manager of the San Antonio Aquarium sent this statement on Wednesday:

About a month ago Anthony Shannon posed as an employee of Instant Ocean, the company from where we get our marine salts. He stated that we may have been sold a bad batch of salts and he needed to do water quality testing to make sure we were not putting our animals in danger. We have a good working relationship with Instant Ocean and had no reason to doubt his story until he was recognized on camera after the theft by the employee that led him to various back areas to do the testing.

Any deceased animals he may have seen while in our back areas were an unfortunate part of being in this business. We take the best possible care of our animals throughout their lives, which unfortunately do end eventually. A giant pacific octopus only lives for about 3 years and are rarely acquired as babies, giving us only a short time with these amazing creatures.

Part of taking great care of animals is giving them the best possible diet, full of vitamins and the nutrients they need to survive. Many of our aquatic animals eat things such as krill and capelin, which can be somewhat oily. This oil can cause a slight sheen on the water after a feeding. Our filtration systems clean this out pretty quickly but it takes a few minutes to completely clear the water.

We do daily tests of our water throughout the aquarium and show that everything is within normal parameters on the day Helen went missing.

We appreciate all of the love and support everyone has shown for Helen and invite everyone to come see her when she's back on exhibit.

Shannon claims that on Saturday, when he was visiting the aquarium, he sat for an hour as children and their families played with the animals then saw a shark in distress.

RELATED: Take a look inside the home of the man accused of stealing a shark

"Then I pulled the net out, I told the customers to get out of the way, ‘I'm going to quarantine the shark,’" Shannon described. "I'm an activist, not a criminal, and basically I don't want to produce any crimes that will make me lose my family or big charges and to open an eye and make things better."

An online petition on Care2.com asking the the aquarium to close its touch pool has over 15,000 signatures. The petition came about after the shark was taken from the pool. The petition claims that touch pools are "stressful for animals" and can cause injury or death to the sea life. The petition asks the San Antonio Aquarium to close the interactive touch pool on the premise that guests don't need to be able to touch the animals to appreciate them. For more information on that petition, click here.