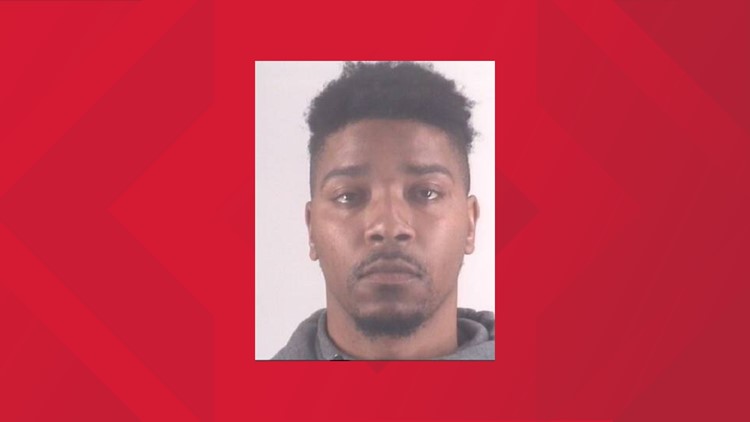 Photo by: Tarrant County jail
Ex-TCU and Seattle Seahawks quarterback Trevone Boykin was arrested again dec. 31, 2019 for theft of service. He also failed to provide fans merchandise they paid him for on Venmo, affidvavits show.

Boykin has been in the Tarrant County jail since November but several new charges have been added recently, including two theft charges this week after he was accused of taking fans' money for TCU merchandise without paying them for it, affidavits show.

On Oct. 29, Boykin checked into a hotel in the 1500 block of North Watson Road under a fake name, according to Arlington police.

On Oct. 30, a manager at that hotel was notified that the reservation was canceled because of fraudulent credit card use. When the manager confronted Boykin about it, Boykin left without paying for the hotel room.

On Monday, the Tarrant County authorities issued a warrant for Boykin's arrest in another, unrelated theft. He was accused of failing to provide fans with the merchandise they paid Boykin for on the money transfer app Venmo.

According to the affidavit, Boykin advertised TCU memorabilia on Instagram, where he direct messaged some fans who were trying to buy some jerseys.

In January 2019, Boykin promised one victim a TCU Trevone Boykin jersey for $250 and promised another victim a jersey and rings for a total of $315. Boykin transferred the money from his Venmo to his bank account and never provided the victims with the merchandise they paid for, the affidavit says.

Tarrant County officials confirmed the bank accounts connected to the Venmo account belongs to Boykin. The investigation didn't start until August, when several people complained they had been duped by Boykin.

Boykin was arrested on the theft of service charge after officials saw he had an active warrant for the hotel incident in October, Arlington police said. He is currently being held at the Tarrant County jail in lieu of $101,750 bail.

This wasn't the first time Boykin has run into trouble with the law in 2019.

In November, he was arrested in Tarrant County for failure to charge his electronic monitoring device, which he had to wear as a condition of his bond in a June arrest on a charge of aggravated assault of a family member with a deadly weapon and for witness tampering.

Those charges stemmed from a March 2018 incident in which Boykin was charged with aggravated assault causing bodily injury after his girlfriend Shabrika Bailey accused him of beating her. Court documents obtained by WFAA show that Boykin cleaned up the crime scene, and police found evidence of blood in Boykin's Mansfield home.

Boykin's further legal troubles started in 2015, two days before the 2016 Alamo Bowl between the TCU Horned Frogs and the Oregon Ducks.

In San Antonio before the game, Boykin got into a fight at a Pat O'Brien's and then assaulted a police officer, and was later arrested and charged with assaulting a public servant, including bodily injury. He was suspended from play in the Alamo Bowl.

In June 2016, Boykin pleaded no contest to resisting arrest in the Alamo Bowl incident and received one year of probation, dismissing the police assault charge. He was fined $1,500 and ordered to apologize to the arresting officer.

In March 2017, Boykin was arrested for public intoxication and possession of marijuana after the car he was riding in crashed into a bar in Uptown Dallas.

Then in April 2017, Boykin was arrested in San Antonio after turning himself in for a violation of his June 2016 probation in the Uptown incident.