Ramirez is one of four people accused of engaging in organized election fraud. 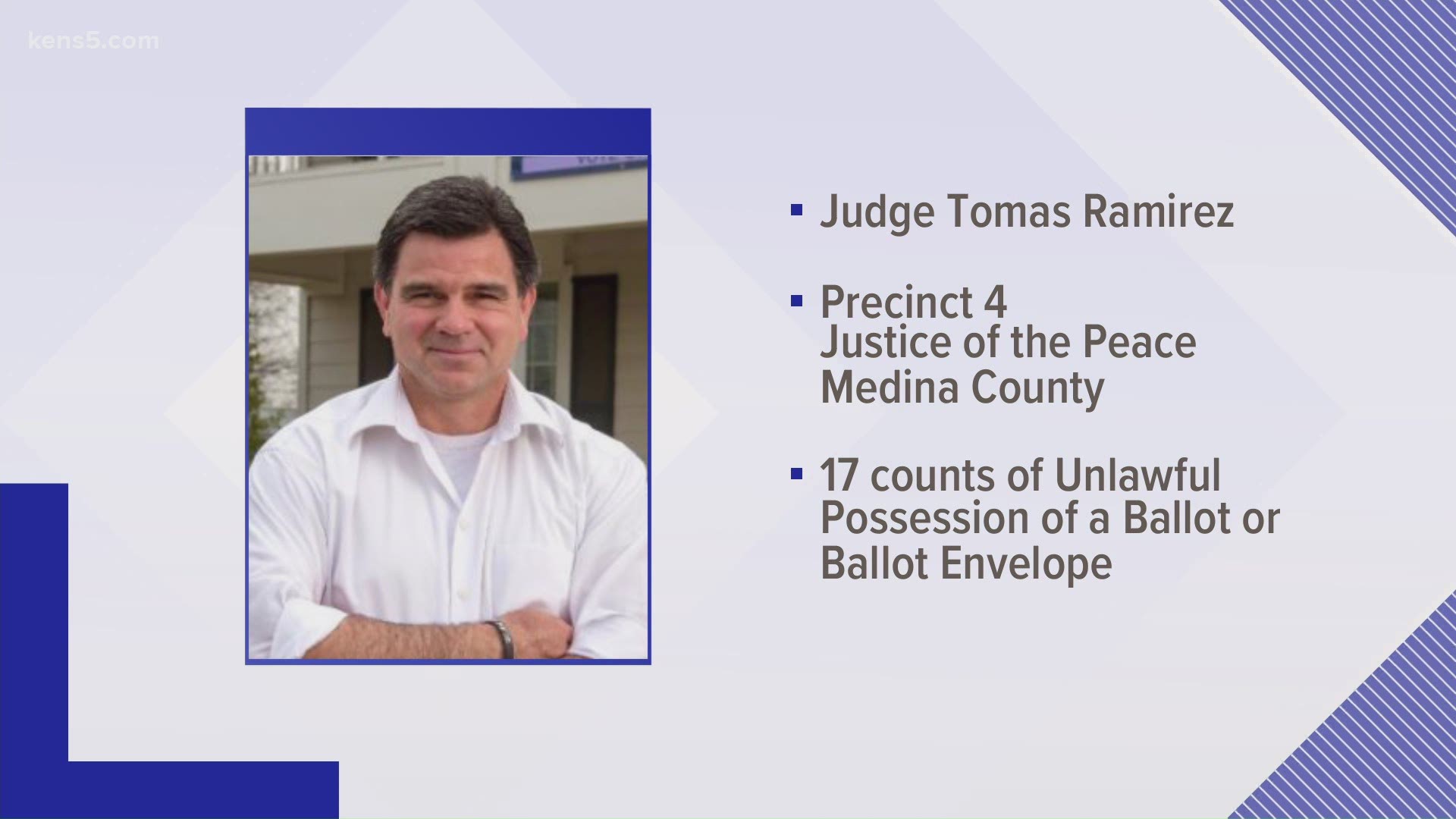 SAN ANTONIO — A Medina County judge is out of jail and facing serious election fraud-related charges stemming from an unspecified incident.

Justice of the Peace Tomas Ramirez was taken into custody in Bandera County. He's facing multiple charges, including 17 counts of unlawful possession of a ballot or ballot envelope.

Ramirez is one of four people accused of engaging in organized election fraud.

Authorities haven't released details regarding how they believe a crime was committed, or what election may have been targeted.

KENS 5 reached out to Medina County officials for comment:

"I was stunned by the allegations because there is absolutely no truth to them. I have spent the last 27 years building my law practice and serving in this community which has created my reputation for fairness, sincerity and integrity. I entered the race for JP because I wanted to serve Medina County and make the office function better for its citizens. I feel I have done exactly that up to this point. For people who know me, these allegations are absurd. To those who don’t, it provides reason to sneer and hate.

"I will vigorously defend myself to the fullest extent and I fully expect to be vindicated."