Charlotte-Mecklenburg Police Department has confirmed Thursday night they are conducting a homicide investigation in east Charlotte. 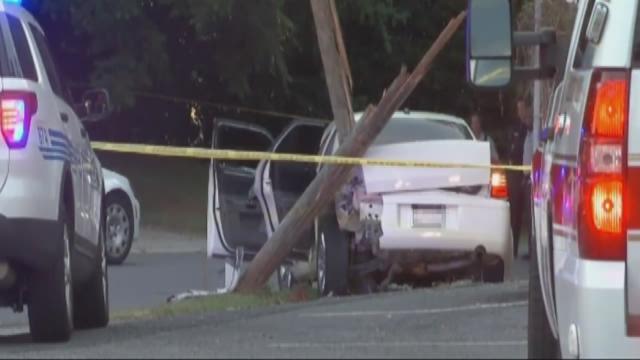 CHARLOTTE, N.C. - Police are searching for the person they believe shot a killed someone in a car Thursday night.

Just after 8 p.m., a 911 call was made reporting a car crashed in to a pole off Fugate Ave and Monroe Rd in Charlotte.

According to scanner traffic obtained by NBC Charlotte, the caller stated the driver was bleeding from a gunshot wound, and that a bullet had pierced the windshield.

“And right after those two shots that's when I heard a ‘POW’, like something crashing into something.”

The driver, 43-year-old Raymond James Johnson III, was pronounced dead on scene. Police say they don’t know if anyone else was in the car, and did not have any suspect leads as of Thursday evening.

CMPD is now conducting a homicide investigation, pulling surveillance video to piece the puzzle together.

They still don’t know who shot the person in the vehicle, or why.

“Everybody just keep your loved ones around so nothing else happens,” Bennett said, concerned. “Because the amount of homicides happening in Charlotte, is just crazy.”