There’s a documented alliance in a pretrial court filing uniting the Bexar County DA and the man accused of pulling a gun on a policeman. 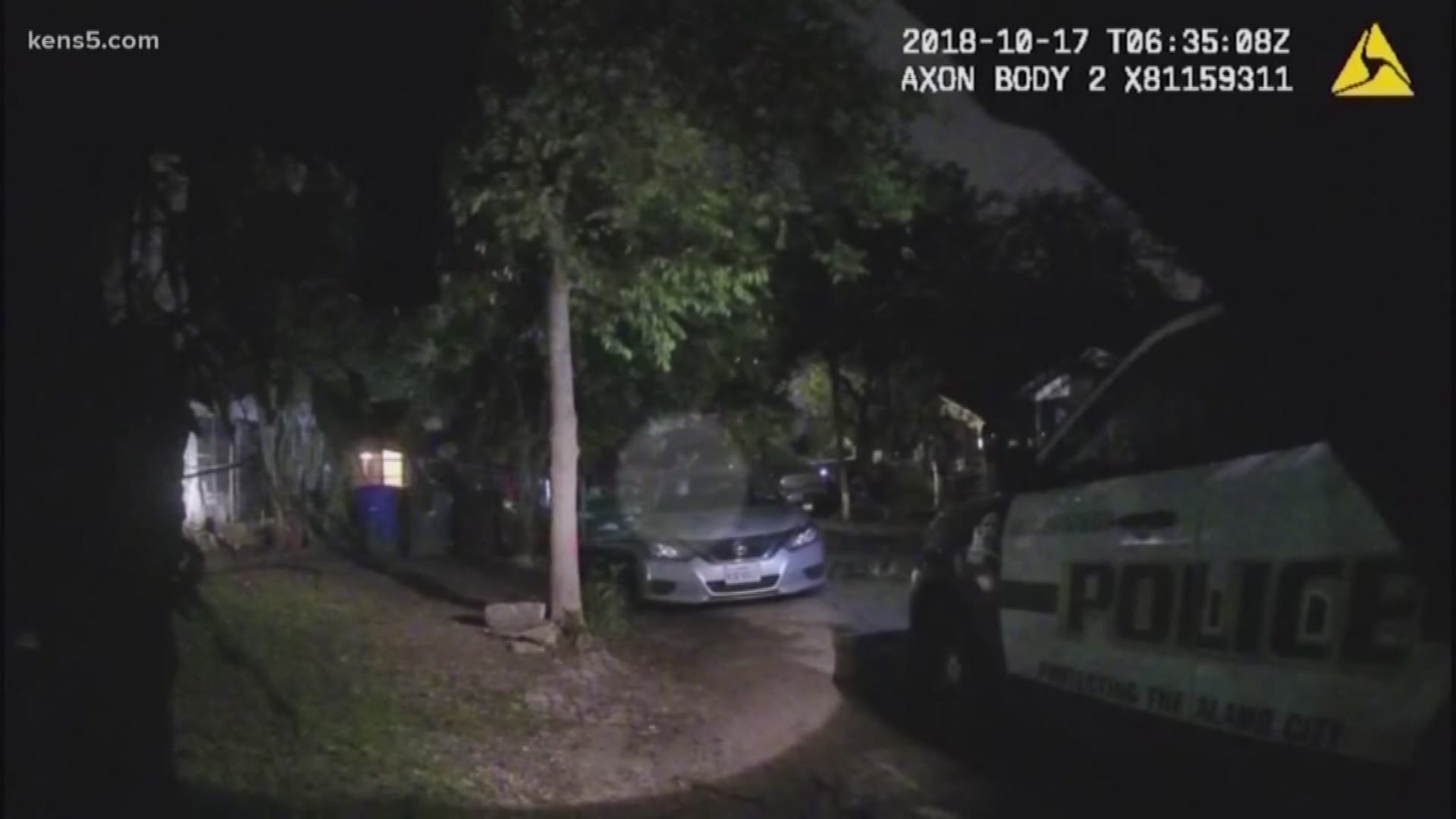 SAN ANTONIO — A joint motion filed on Tuesday is the first documented proof a San Antonio Police officer may be under the microscope for the killing of an unarmed man in October.

The Bexar County District Attorney’s Office joined Alex Washington to ask that that trial be reset to allow a grand jury investigation into the shooting death of Charles "Chop" Roundtree Jr.

According to the motion for continuance, Washington provided the DA’s office with additional relevant evidence to the grand jury investigation.

“He’s obviously being looked into, in my opinion,” Nico LaHood said. “So there is a suspicion of some type of behavior that led to the death of the young man on the couch.”

LaHood was the district attorney when the officer-involved shooting unfolded. He has seen portions of the same body camera video of the fatal incident obtained by KENS 5 News.

He said the current DA will consider the totality of the evidence before making a decision especially the officer’s claim of danger.

“Was it reasonable? Was it apparent? Was it imminent?” he said.

LaHood said officer Steve Casanova’s intent in going to the scene will be checked as well. The criminal review will also weigh recklessness and criminal negligence.

“This seems to be a tough one no matter what the decision is,” LaHood said.

McManus said his officer was forced to shoot Snowden, who allegedly had a gun.

Snowden was shot in the buttocks. McManus said the gunfire went through Snowden's body and struck Roundtree in the chest. The young father of one was killed. Snowden was charged with being a felon in possession of a weapon.

Body camera video obtained by KENS 5 shows Casanova going to the home to investigate an assault report from a couple who were attacked trying to deliver caldo de pollo after 1 a.m. He does not announce himself as an officer after the force of his knocks opened the door to the home.

Snowden can be seen getting up from the couch, and it's unclear if he has a firearm. Casanova opened fire after yelling “Let me see your f***ing hands.”

The gun police found outside of the house was tested for any trace of the suspect. But according to his attorney, Snowden’s DNA was not found on the weapon.

Casanova remains on administrative duty for SAPD until the investigation is over.