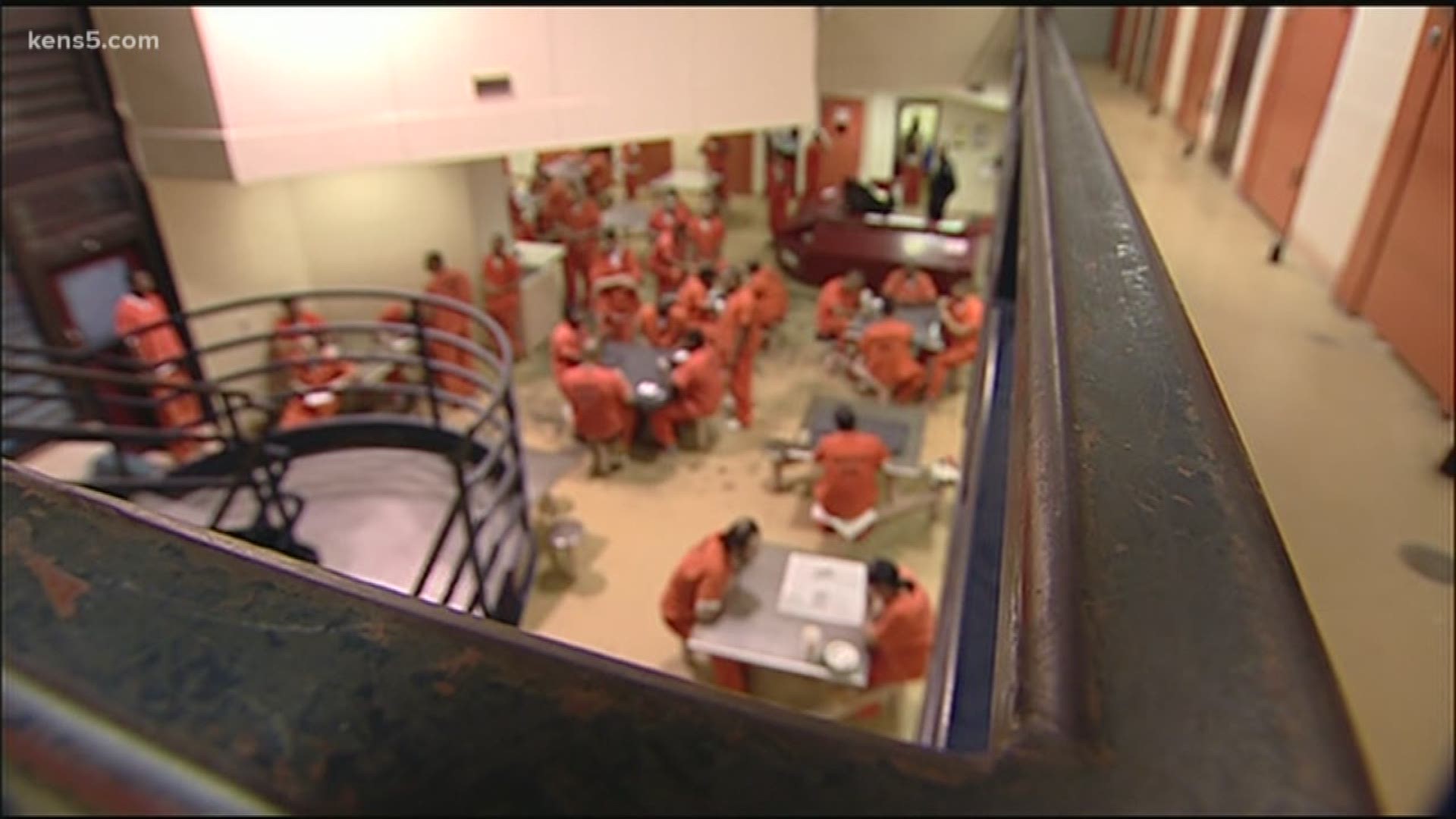 SAN ANTONIO — One day after an off-duty Bexar County Jail deputy was arrested on charges of tampering with government records, court documents are revealing more details surrounding his alleged falsifying of log books at the detention center.

Those log entries were investigated following the death of a jail inmate in March.

Mishal Mathew, 23, was placed on administrative leave on April 5, just over a year after joining the Bexar County Sheriff’s Office. According to an affidavit for his arrest, Mathew worked a morning shift at the jail in a unit “classified as high-risk, but (one which) only requires hourly observation checks to be in compliance with state statutory standards.”

Those checks, the affidavit states, are recorded twofold: via hand-written entry in log books, as well as an electronic system to be inputted in person.

On the morning of March 29, however, there were inconsistencies in Mathew’s logged hourly cell checks, according to the affidavit. On one check of the facility’s cells, Mathew logged a written entry that was not matched in the electronic system. And he “was witnessed not conducting his check by the relieving corridor deputy, indicating a false entry,” the affidavit reads.

Those discrepancies were discovered in an investigation of the morning’s log entries following the same-day death of an inmate, who passed away at a local hospital following a suspected medical episode.

Mathew, according to the court document also advised a sergeant at the jail “to observe an inmate in cell 3 whose condition was concerning.” No written log was made for that check on Mathew’s part, but an electronic one was.

He later “admitted to failing to do his observation check, indicating a false entry in the hand-written log book" during the earlier cell check, the affidavit states. That would have included observing the cell of 45-year-old Jarnell Kimble on the morning before he died.

The charge of tampering with government records is a third-degree felony.

Jail inspection records show the Bexar County Jail struggled to be consistent with face-to-face checkups of inmates by deputies, failing twice in that regard between February and May. Hourly checks are procedure, but those inspection reports state that as much as two hours would go by without documented observation.