"The driver smelled like marijuana and he was agitated and the officer felt like he needed to investigate further." 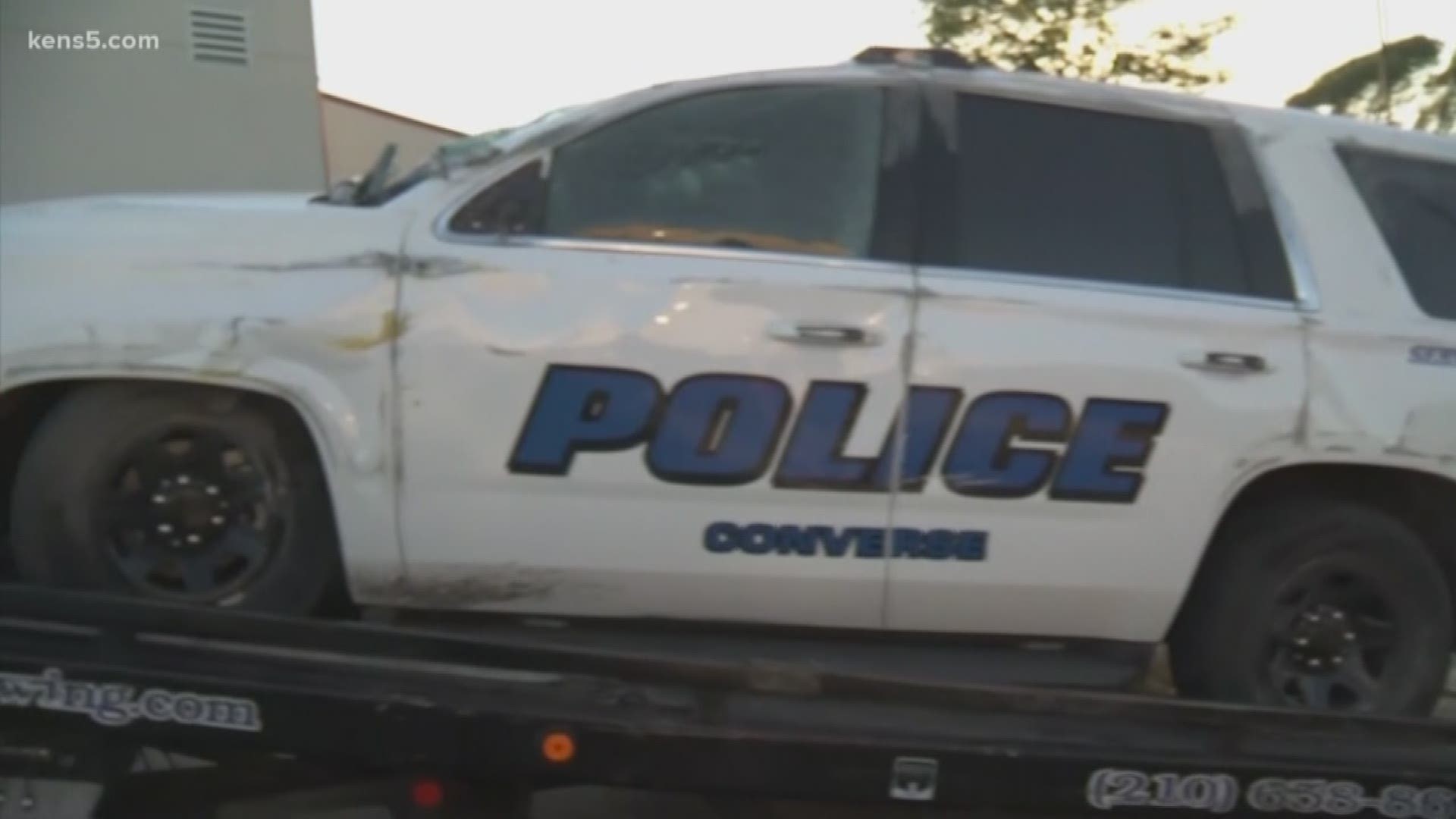 SAN ANTONIO — An investigation of reported reckless driving evolved into a pursuit involving Converse Police and lasting about 10 minutes before a "very violent suspect" flipped a police vehicle and ended up in handcuffs, authorities say.

According to Converse Police Chief Fidel Villegas, an officer identified and stopped a sedan that was reportedly driving the wrong way on FM 78 around 4 p.m. on Saturday.

"The driver smelled like marijuana and he was agitated and the officer felt like he needed to investigate further," Villegas said.

The driver, 25 year old Xavier Johnson, fled the scene and attempted to evade police, engaging them in a pursuit that Villegas said never exceeded 50 mph.

"It wasn't a fast pursuit that we're sometimes used to seeing," he said.

Eventually, while driving on the outbound access road of 410, Johnson lost control and flipped the car, Villegas said, and was taken into custody with the help of San Antonio Police in a nearby lumber yard.

Johnson has a lengthy criminal history dating back to 2005, including charges of aggravated robbery, evading arrest, murder, drug possession and firearm theft. He was arrested twice in Jun eon robbery charges. Records show he was released from jail less than two weeks before this incident.

Police found a loaded handgun in the car Johnson abandoned.

"It's a very fast-moving process because other agencies are working to try and piece that together," Villegas said. "There are some serious felonies we believe he is involved in." No citizens were injured in this incident.

The 'King of Confetti,' Comic Rip Taylor dies at 84

Rodgers, Packers rule at home of Cowboys again in 34-24 win