The trooper, whose name has yet to be released, was flown to St. Joseph's hospital and underwent surgery, Texas DPS said. 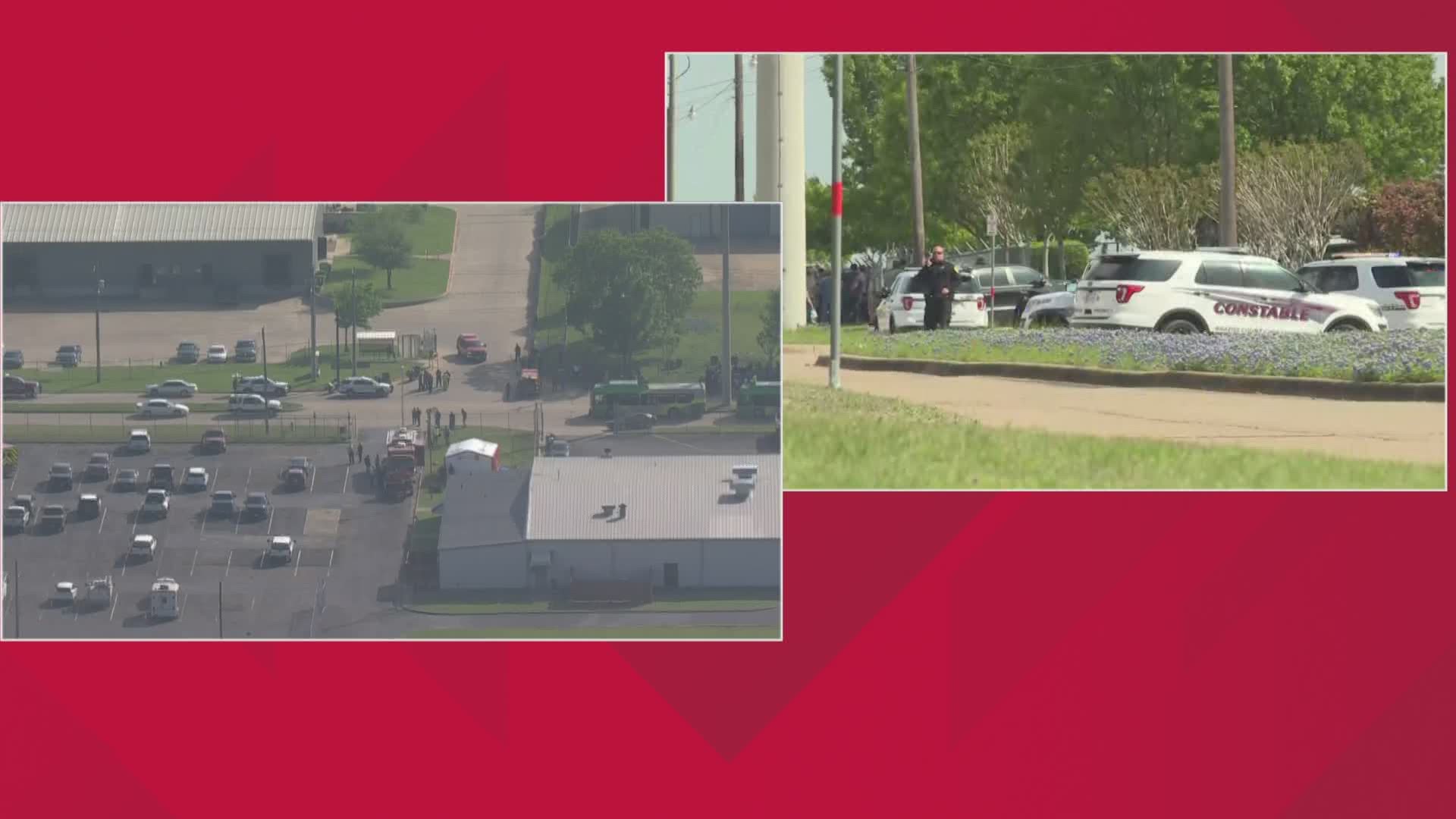 GRIMES COUNTY, Texas — Authorities say a Texas Department of Public Safety trooper was shot in Grimes County, Texas, by the suspect involved in the deadly Bryan business shooting earlier in the afternoon.

The trooper was shot on FM 39 while pursuing the suspect.

The trooper, whose name has yet to be released, was flown to St. Joseph's hospital and underwent surgery, Texas DPS spokesperson Lt. Craig Cummings told reporters.

Cummings confirmed that the man who shot the trooper was the same individual suspected of opening fire at a Texas cabinet-making company where he worked, killing one person and wounding five others.

The suspect was arrested about 50 minutes after shooting the trooper, Cummings added.

Police say investigators still don't know the motive for the attack in Bryan.

The incident caused the Iola Independent School District to go under a brief lockdown.

"We are no longer on a hold and buses will run as soon as they are loaded," the district said. "Car rider will resume, as well. We ask that you remain in your car while picking up. Law enforcement is still present as we dismiss to ensure the safety of our students."