Dash camera from two different officers show the driver in a reported stolen vehicle weaving in and out of neighborhoods above the speed limit. 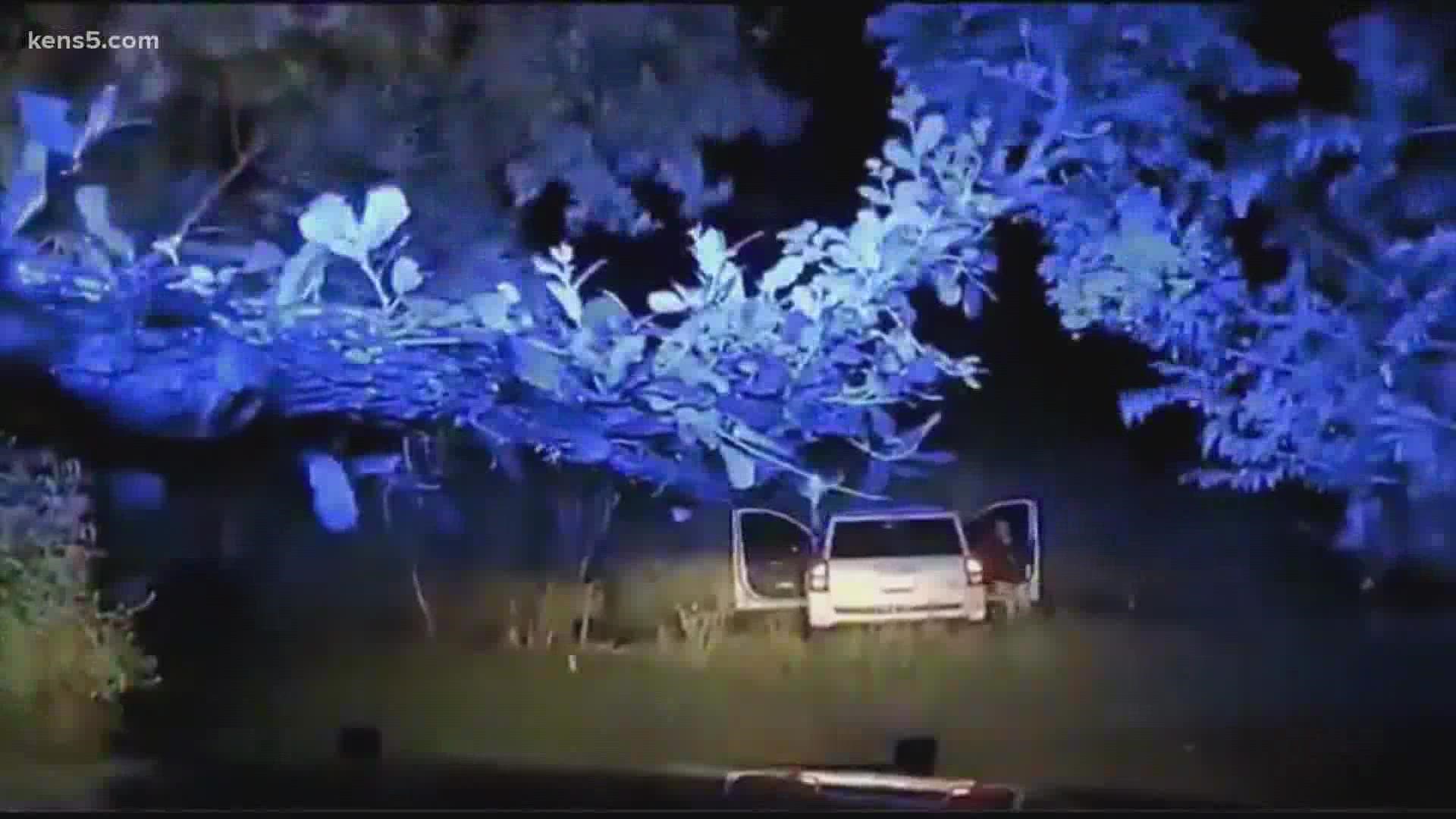 CASTLE HILLS, Texas — Castle Hills Police released new video of a chase through different neighborhoods. Police say two juveniles tried to dodge officers in a stolen car. But their get-a-way was short-lived.  In the video it appeared to a regular traffic stop late last month, but it looked like the driver had other plans.

In the video you hear the officer say: "Driver go ahead and kill the vehicle. He is heading towards police.”

After these moments in the video, this is where a chase with Castle Hills Police began.  Dash camera from two different officers show the driver in a reported stolen vehicle weaving in and out of neighborhoods. In the video, you can tell the driver was not going the speed limit at 2:30 a.m. in late July.

Police said he was also speeding through neighborhoods these officers know by heart. However, the chase didn’t last long, maybe a handful of minutes, as the driver came to a stop. The driver got to a dead end. The video shows the driver, and a passenger running from the SUV. In the video you see another officer’s dash cam showing him jump a fence to go after the duo. The suspects were caught and taken to the Bexar County Juvenile Detention Center.

"It gives you can idea of how quickly some of these things can happen," he said. "It just really highlights the dangers for these officers, and they never know what they’re getting into when they get to that car.”

Police said these videos are going to be part of an on-going series showing how they operate.

"People have this perception that this is a small sleepy community," he said. "I think it is important they see the challenges these officers are going up against every night.”