San Antonio Police arrested the man, who suffered minor injuries in the wreck. He was the only occupant in the car. 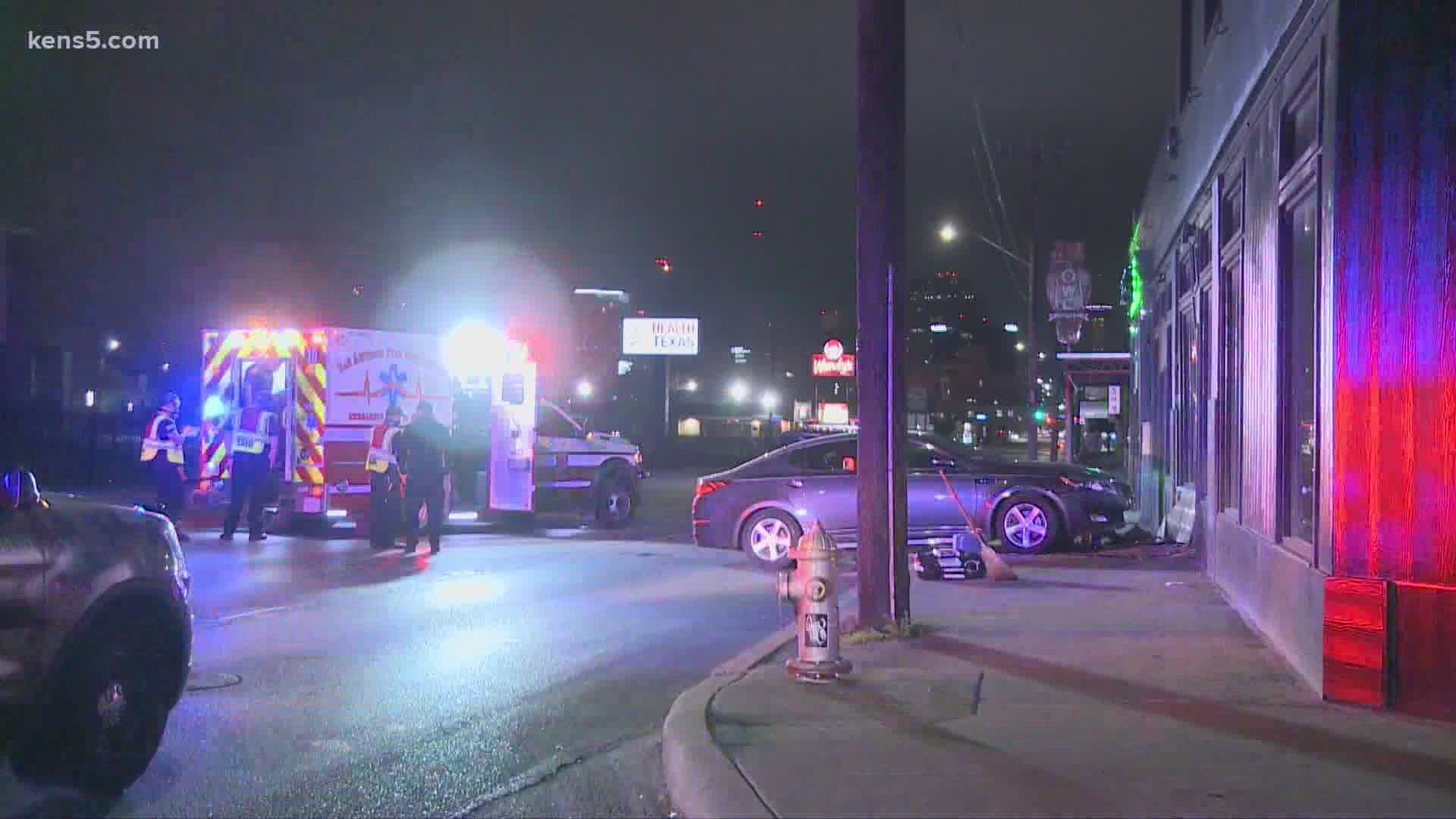 SAN ANTONIO — A driver suspected of driving while intoxicated has been arrested after crashing into a building near downtown. According to the San Antonio Police Department, the car ended up in the front of a store.

The crash happened around 12:30 a.m. Tuesday near the intersection of San Pedro and Maverick Street.

The driver was taken to the hospital with minor injuries.

SAPD said the driver was the only occupant of the vehicle.