Jonah Watts, 24, of Beaumont was charged with intoxication manslaughter after a head-on crash that killed one person and seriously injured another person. 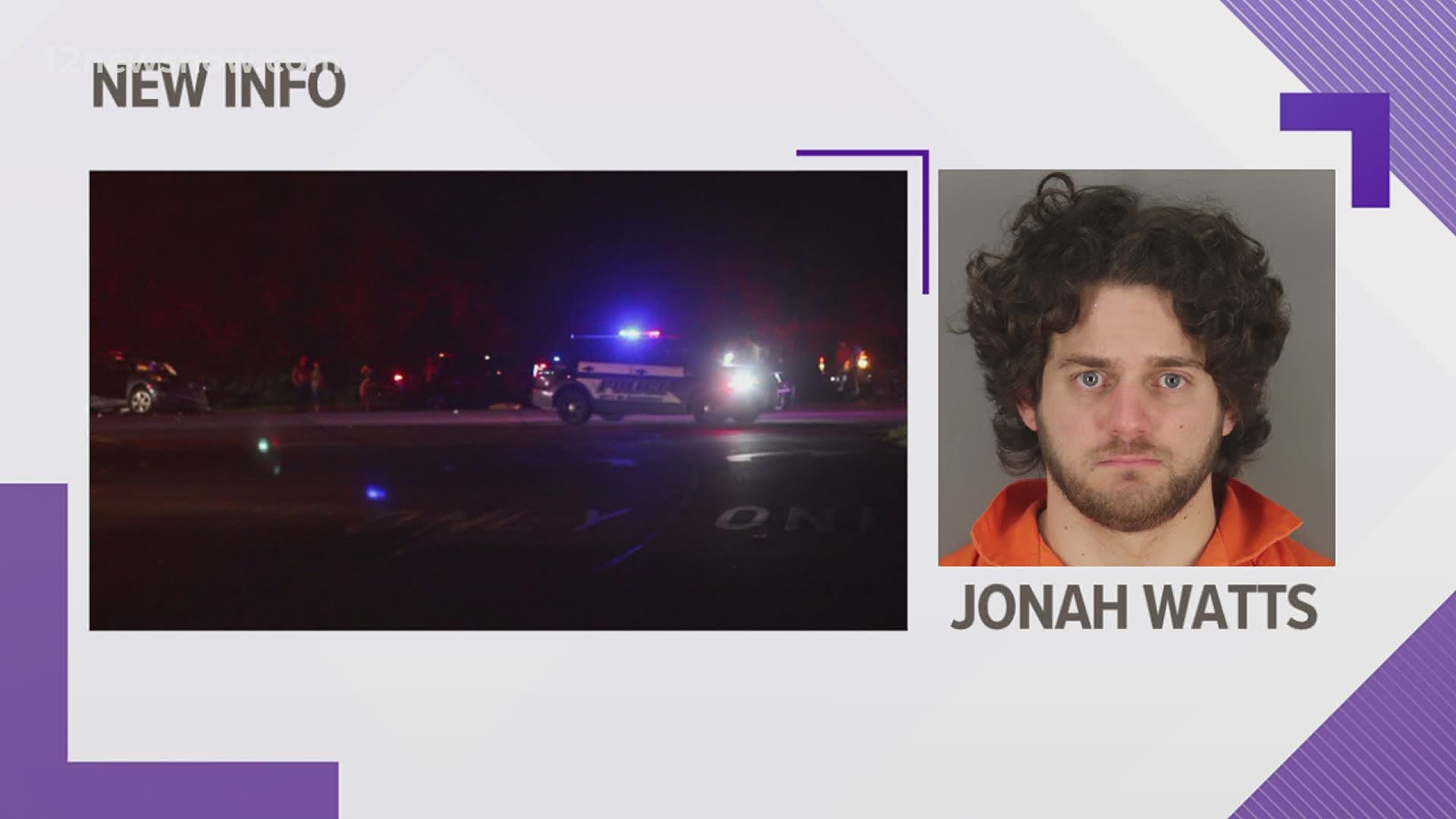 BEAUMONT, Texas — A man was arrested after a fatal accident in the north end of Beaumont over the weekend.

The car that Watts was driving was headed westbound on the inside lane in the 7100 block of Highway 105 when it crossed the center turning lane and into eastbound traffic, hitting another car, Beaumont Police said.

Both people in the other car were taken to a nearby hospital, Morrow said. One person was pronounced dead and the other person was treated for serious injuries.

Beaumont Police identified the person who died as Jonnie Longnion, 51, of Warren.

After Watts was medically cleared at the hospital, he was taken to the Jefferson County Jail, Morrow said.