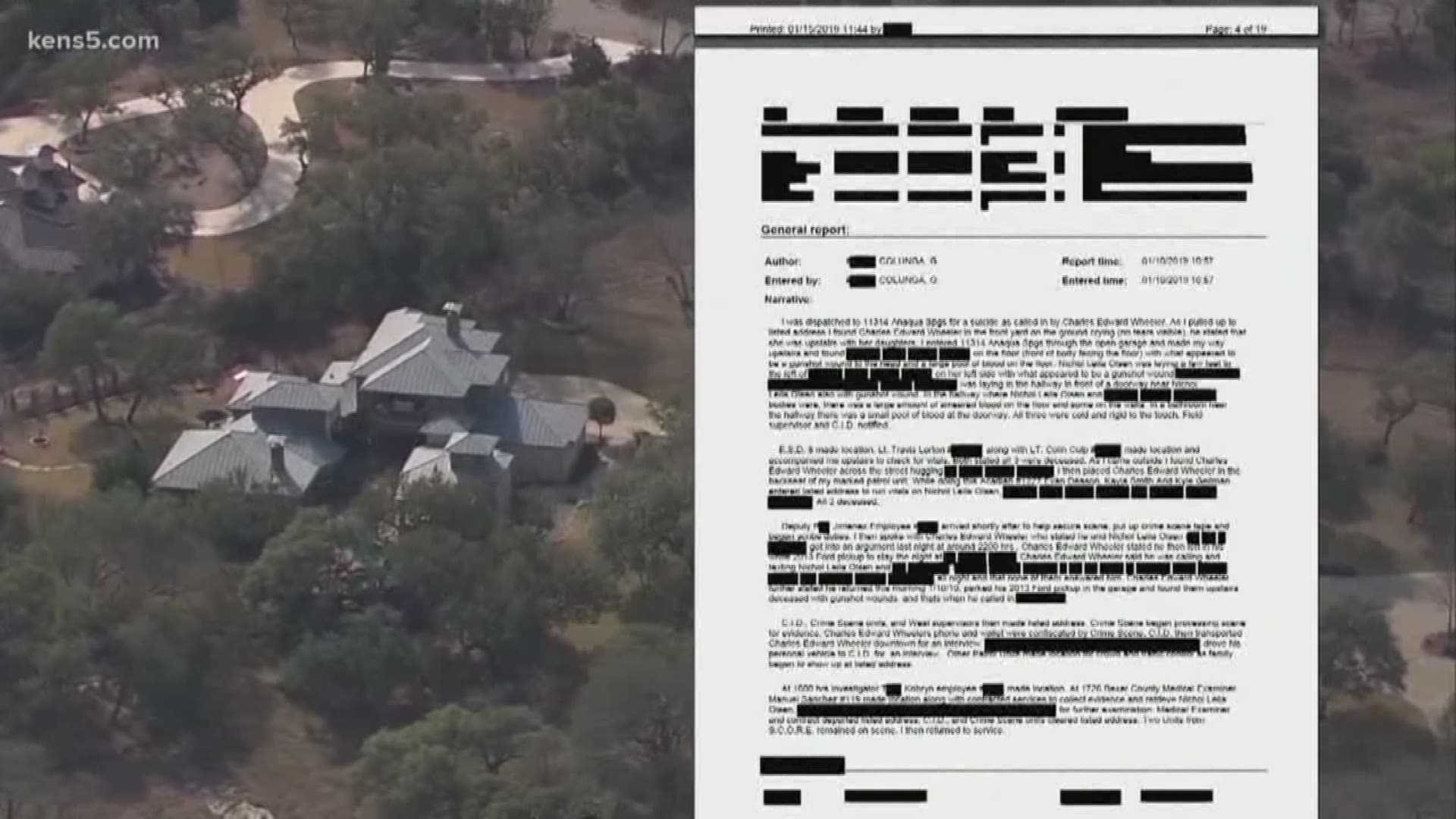 SAN ANTONIO — An incident report from the Bexar County Sheriff’s Office paints a clearer picture of the scene where a mother and her two daughters were found dead from gunshot wounds on Jan. 10.

The report states that deputies arrived at the house to find Nichol Olsen’s boyfriend, who called authorities, in the front yard of an Anaqua Springs home. It describes the deputies moving through the house and finding the victims in a grisly scene.

RELATED: GoFundMe page raises thousands of dollars in just one day to assist in triple-death case

Other responders eventually arrived and confirmed that Olsen, London and Alexa were dead.

According to the report, Olsen’s boyfriend told deputies they had an argument the night before and he left to stay at someone else’s house. None of them returned his calls overnight, leading him to return the following day and make the discovery.

BCSO has said he is a person of interest in their investigation.

While the county medical examiner's office has ruled the death of Olsen a suicide and the two young girls homicides, Bexar County Sheriff Javier Salazar has expressed his intent to continue investigating.

BCSO officials also recently announced that local FBI agents would be assisting in the investigation, primarily in examining evidence.