BCSO pursuit ends with two suspects in custody; I-10 at Foster Rd. closed

Deputies say one of the people taken into custody is suspected of involvement in multiple aggravated robbery and assault incidents in the area. 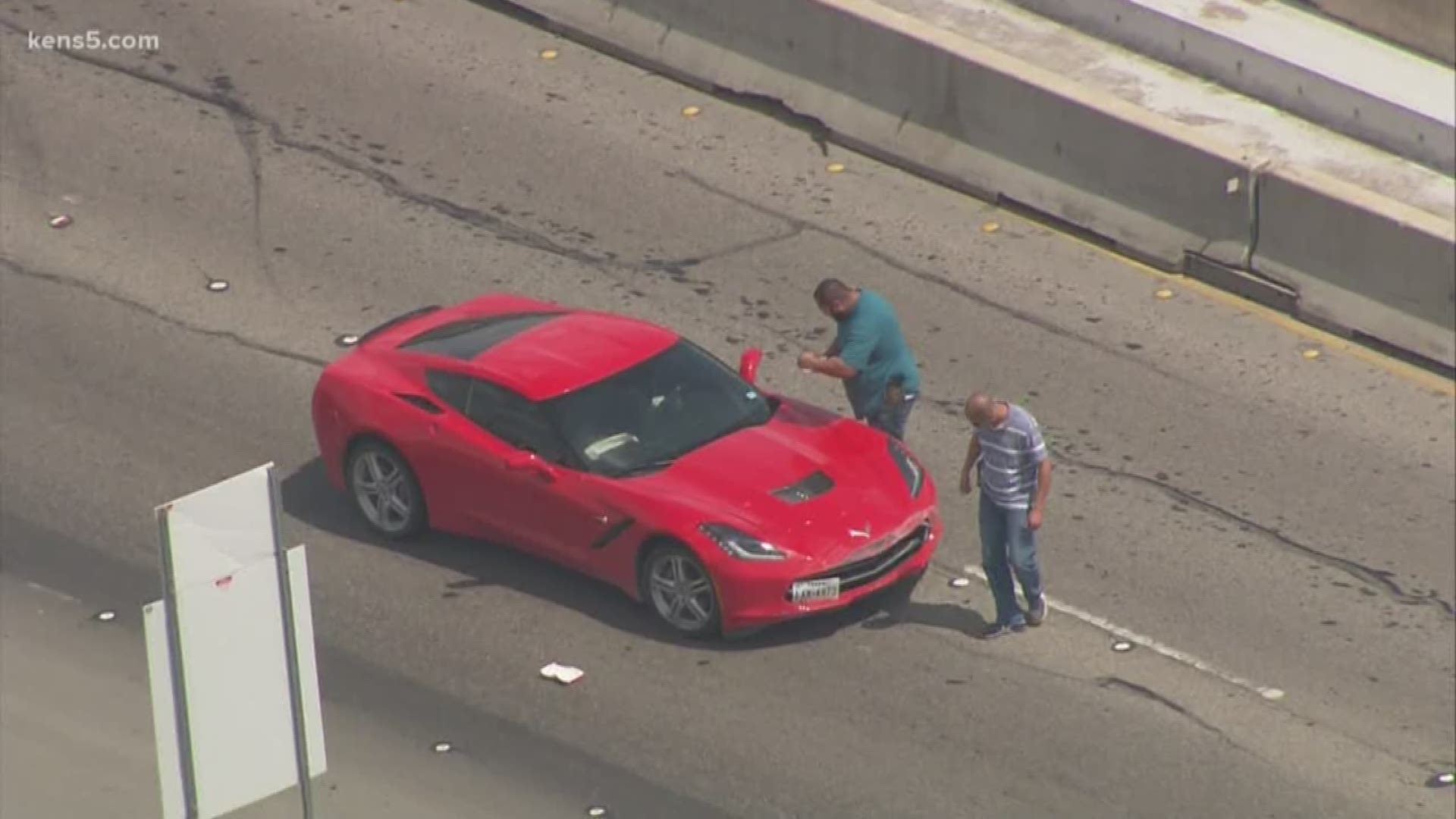 SAN ANTONIO — Bexar County deputies say the pursuit of a red Corvette through Bexar County Friday afternoon ended with the vehicle wrecking in the area of I-10 and 410, and two people being taken into custody.

One of the as-yet-unidentified suspects arrested is accused of "several recent aggravated robberies and aggravated assault in east Bexar County," BCSO says. The pursuit began when deputies noticed the Corvette, suspected of being stolen, and tried to initiate a traffic stop, to no avail.

The pursuit lasted for about eight miles until it ended.

No injuries were reported in the incident, but westbound I-10 at Foster Road is closed to commuters for the time being as deputies investigate.