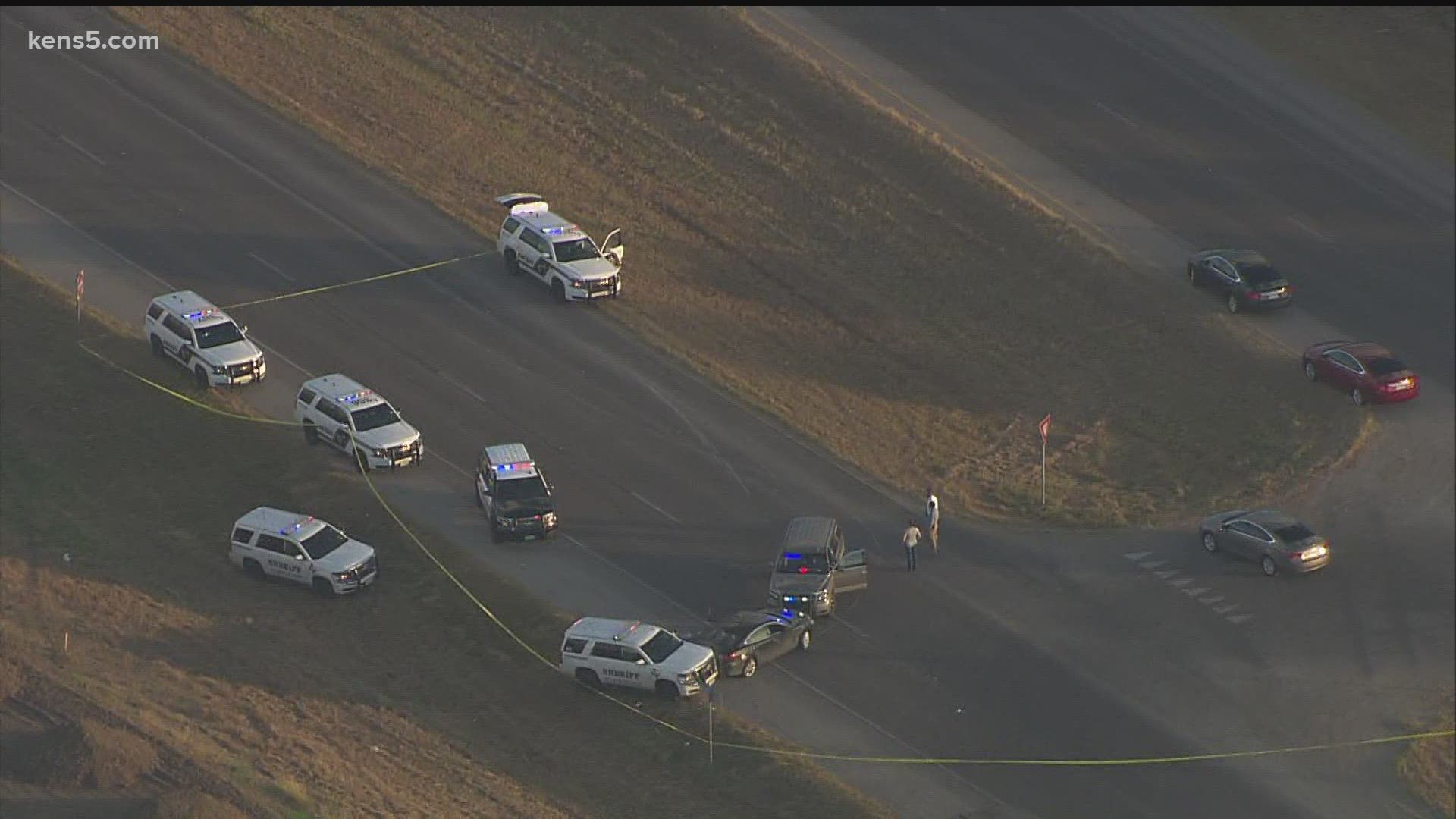 A large law enforcement presence representing multiple agencies responded to the scene, near 9520 US Highway 87, just outside Loop 410, as it ended near China Grove around 3 p.m. Investigators said the suspect refused to stop when police tried to pull him over.

Spike strips caused the suspect, who had been going at speeds of up to 90 miles per hour, to finally come to a stop.

Sheriff Javier Salazar said a BCSO deputy had to move out of the way at one point to avoid being hit by the suspect. That deputy fired at the suspect, who kept going, Salazar said. The male deputy, who has served BCSO for 6 years, has been placed on administrative leave as is customary.

Salazar described the suspect and another person in the car as being in their 20s to 30s.

The suspect, who has since been identified as David Lee Oneal, 29, has been booked for attempted capital murder of a peace officer. His bond has been set at $500,000.