Austin police searching for suspects who shot at barbershop, injuring 4

Police have released surveillance footage of the incident. 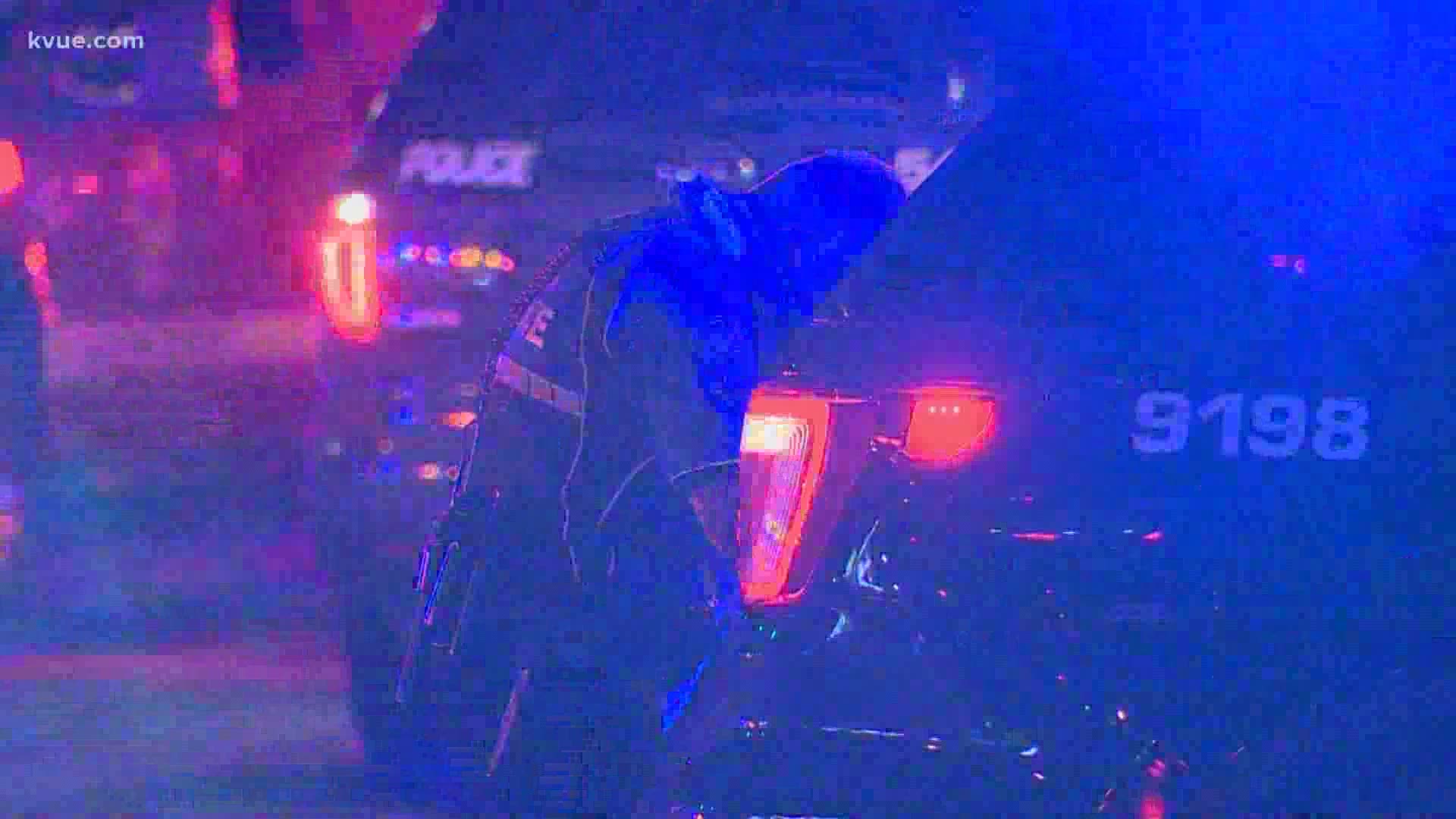 AUSTIN, Texas — Austin police are searching for two suspects believed to be connected to a shooting at the Barbershop at Midtown.

Police said at approximately 8:01 p.m. on Friday, March 12, officers responded to the barbershop after hearing reports of two men firing their weapons at the northeast side of the building. The barbershop is located on Cameron Road in northeast Austin.

According to the APD, three men were struck by the gunfire and the suspects ran behind the building to fire at customers who were attempting to flee out the back door. The APD said one more person was hit by this second round of gunfire, bringing the total number of victims to four.

The APD said medics took three of the victims to a local hospital and the fourth victim took himself. According to police, every victim except for one was treated and released. The one victim who was not released remained in critical condition as of March 24.

On Wednesday, March 31, police released surveillance footage of the incident.

Police described the suspects in the shooting as:

Investigators also want to speak with two people of interest in this incident.

One is an armed man who was spotted getting out of a dark-colored sedan after the initial shooting at the front of the building. He proceeded to walk into the Barbershop at Midtown before exiting back out the front as shots were fired at customers fleeing out the back, police said. He then climbed into a light-colored sedan, and both cars were seen driving away immediately after the incident. He is described as:

A second person of interest is pictured below:

The APD said the motive for the shooting is still under investigation.

Biden's dogs back at White House after biting incident