The woman led police on a chase before barricading herself in her car early Saturday morning. 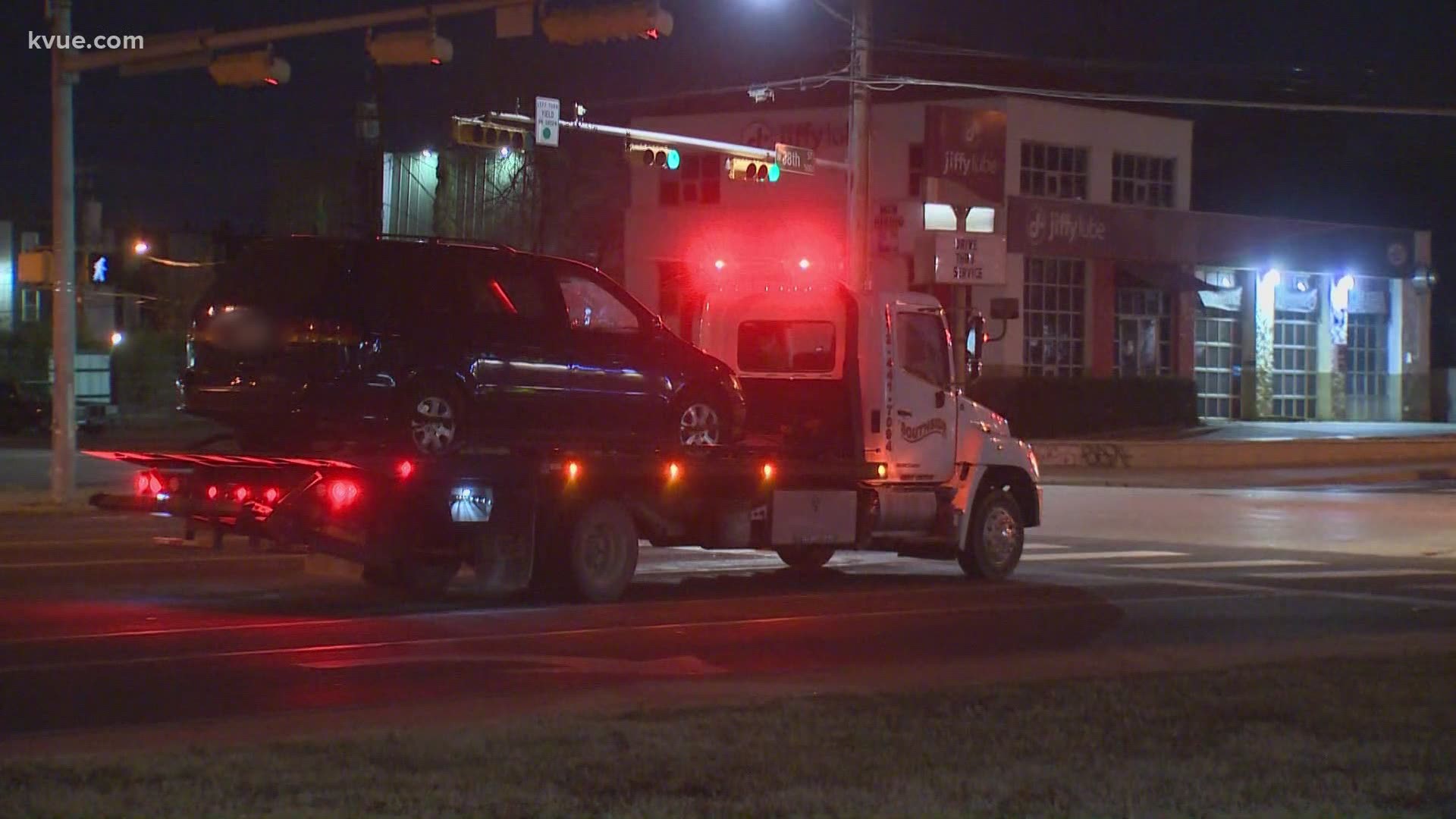 AUSTIN, Texas — A woman is in custody after she barricaded herself in a vehicle, causing police to call in the SWAT team.

The incident started at 1:19 a.m. on Saturday when the Austin Police Department received a call that the woman was reportedly chasing a security guard with a knife near West Second and San Antonio streets.

When police arrived, the woman drove away. Police chased the woman until they were able to use stop sticks to safely deflate her vehicle's tires near West 38th Street and North Lamar Boulevard.

When the woman refused to get out of her car, the APD SWAT team was called.

About an hour later, at approximately 3:30 a.m., police said the SWAT incident had come to a peaceful conclusion and the woman was in custody.

It is not known at this time if a knife was recovered. Police said a dog was also in the woman's vehicle and it has been safely recovered.

First Austin baby of 2021 born at three seconds past midnight