Martin Gugino, 75, suffered a head injury after he was pushed by Buffalo Police officers who were trying to clear Niagara Square of protesters. 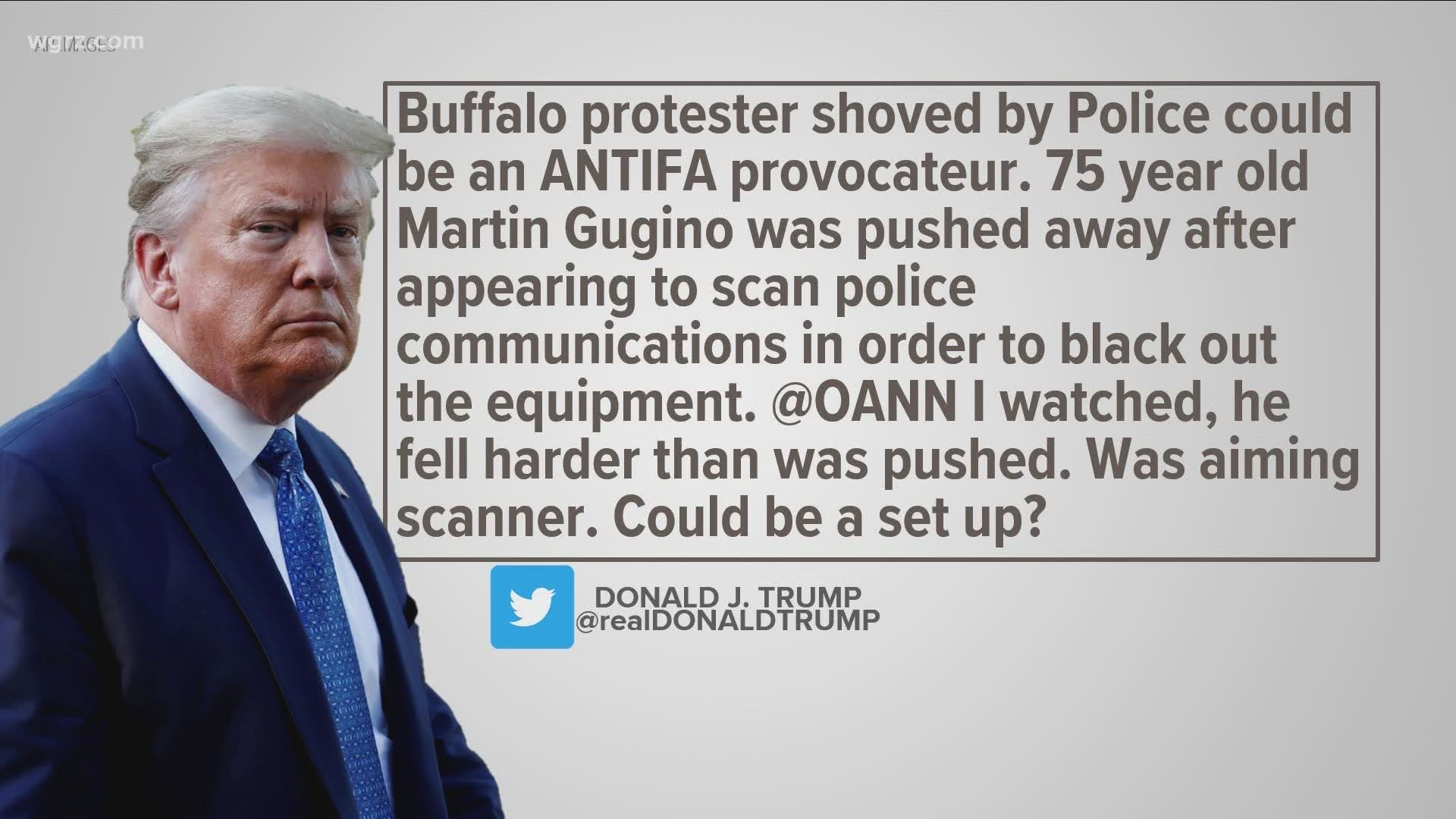 BUFFALO, N.Y. — Governor Andrew Cuomo is lashing out at President Donald Trump after the president tweeted Tuesday morning about the incident involving a Buffalo protester who was injured following a confrontation with Buffalo Police. 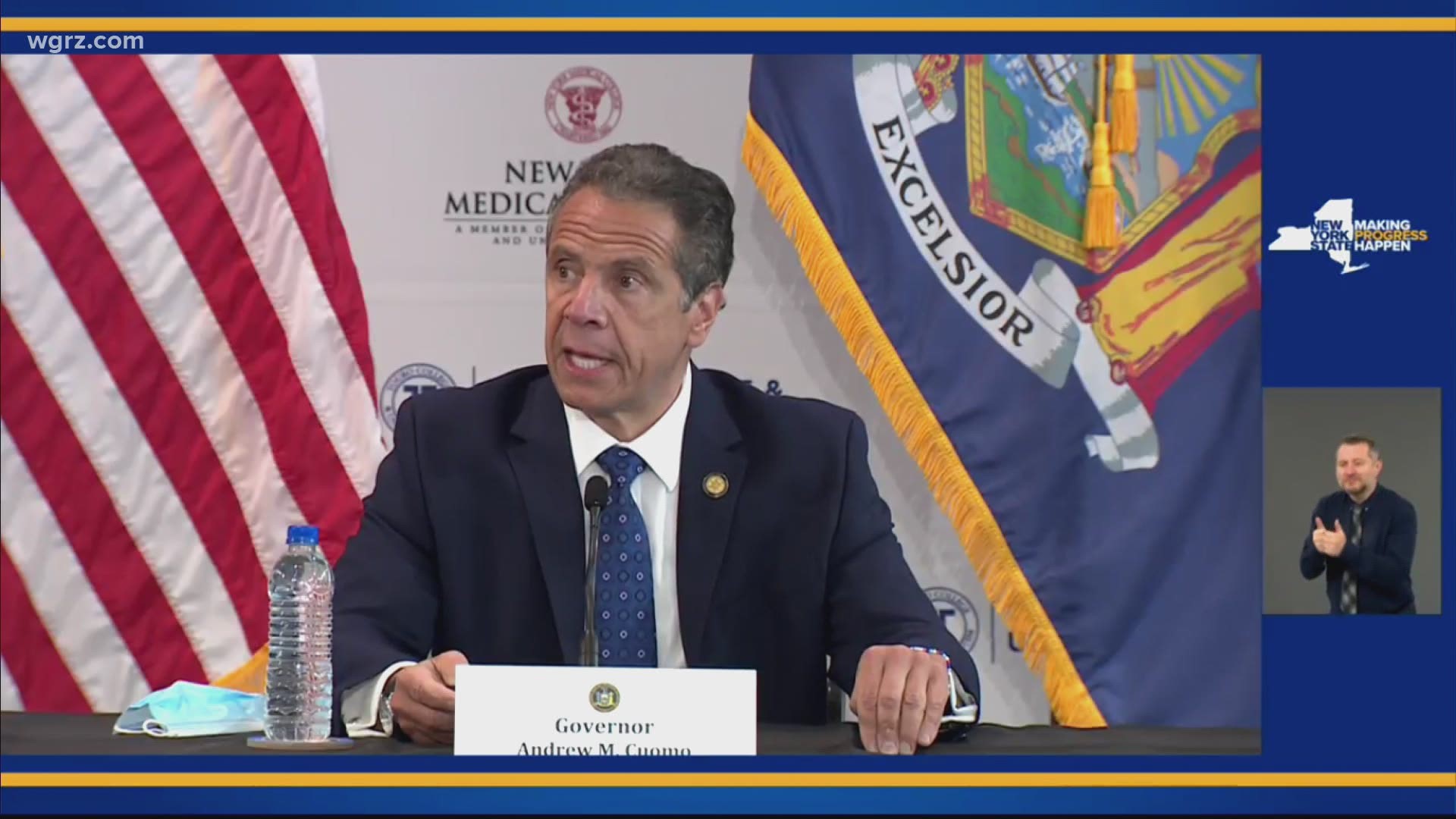 Speaking from the campus of New York Medical College in Valhalla, Cuomo called the tweet 'mean and irresponsible' and called on the president to apologize.

Martin Gugino, 75, suffered a head injury after he was pushed by Buffalo Police officers who were trying to clear Niagara Square from protesters.

2 On Your Side's Melissa Holmes spoke to Gugino's attorney, Kelly Zarcone. She said, "The President's tweet is utter ridiculousness. There's no truth to the conspiracy theories and claims. Mr. Gugino has been under attack & the President's tweet ratchets it up."

Gugino is still in the hospital. Zarcone issued a second statement shortly after on his recovery.

"Martin is out of ICU but still hospitalized and truly needs to rest. Martin has always been a PEACEFUL protestor because he cares about today’s society.  He is also a typical Western New Yorker who loves his family.  No one from law enforcement has even suggested anything otherwise so we are at a loss to understand why the President of the United States would make such dark, dangerous, and untrue accusations against him."

"The City of Buffalo is focused on healing after several days and nights of calm and constructive meetings and protests about how we take action to achieve racial equity and a good future for our residents and community. We will not be distracted from this urgent work.  Our focus on positive change is stronger than ever. My administration remains hopeful that Mr. Gugino will experience a full recovery. And that the officers involved in this incident receive due process under law."

The two officers involved were immediately suspended without pay and later charged with assault.  Officers Aaron Torgalski, 39, and Robert McCabe, 32, were both virtually arraigned Saturday morning with assault in the second degree, a class D felony. Erie County District Attorney John Flynn says there is a specific penal law subsection in New York State that says if the victim is 65 years old or older and the perpetrator is 10 years younger, it's a felony.