Argument over "old issues" leads to stabbing on south side, according to SAPD

Police said the suspect had a screwdriver, knives and a box cutter when he was arrested. 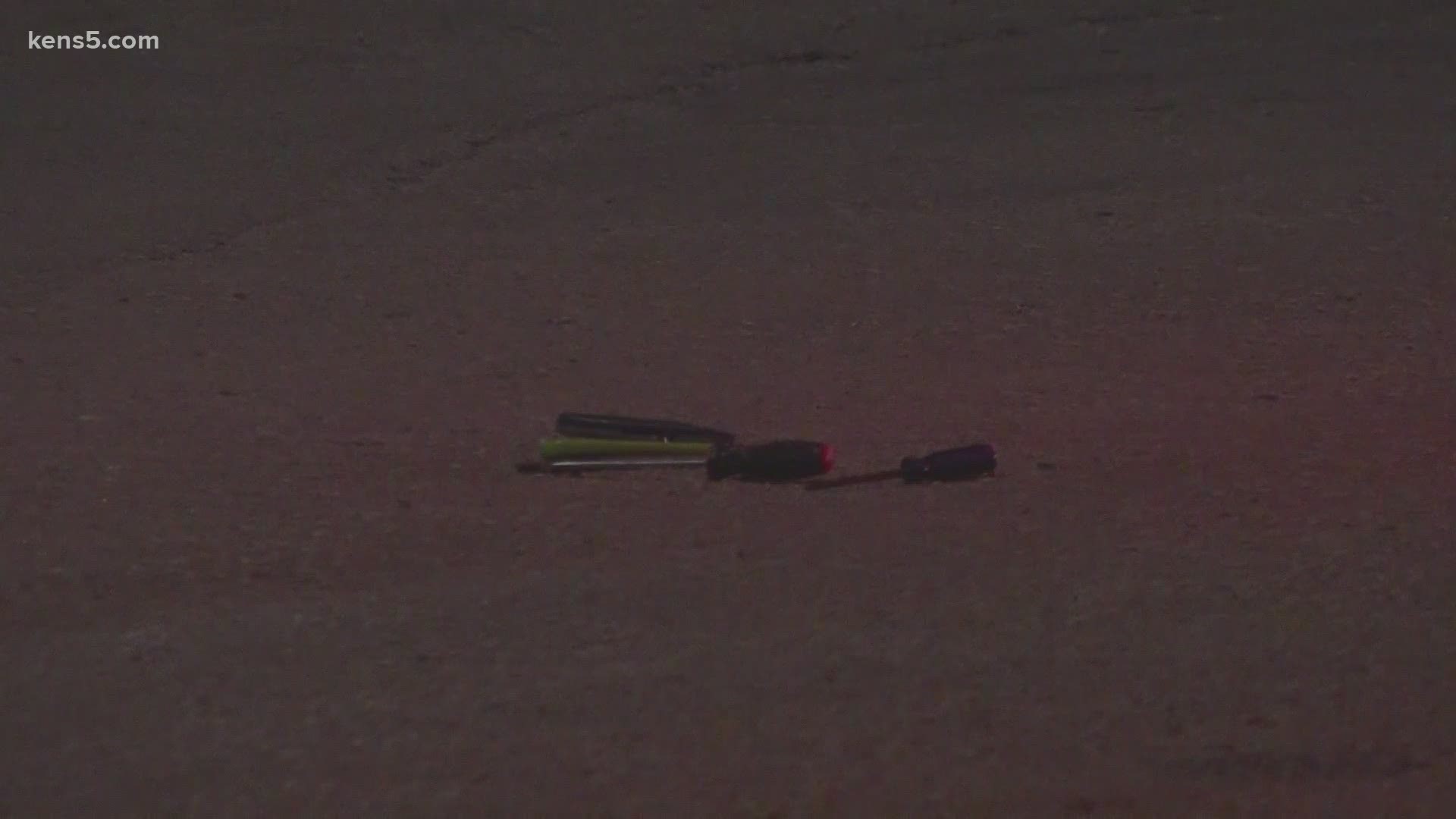 SAN ANTONIO — An argument led to a stabbing at a south-side convenience store. San Antonio Police said officers responded to a call for a cutting around 9:30 p.m. Saturday night near Roosevelt Avenue and Ashley Road.

Authorities said officers found the suspect first who was holding a screwdriver behind his back.

The man dropped the screwdriver when officers confronted him, but according to police, he also had knives and a box cutter on him.

Officers were able to locate the victim a short time later off the 900 block of Bernard Dr.

According to police, the victim told officers he was fighting with the suspect over "old issues" when the suspect stabbed him in the chest and back.

The 30-year-old victim was taken to the hospital with non-life threatening injuries.