The crash took place around 2 a.m. Wednesday morning. The officer crashed into a tractor-trailer while responding to an urgent call. 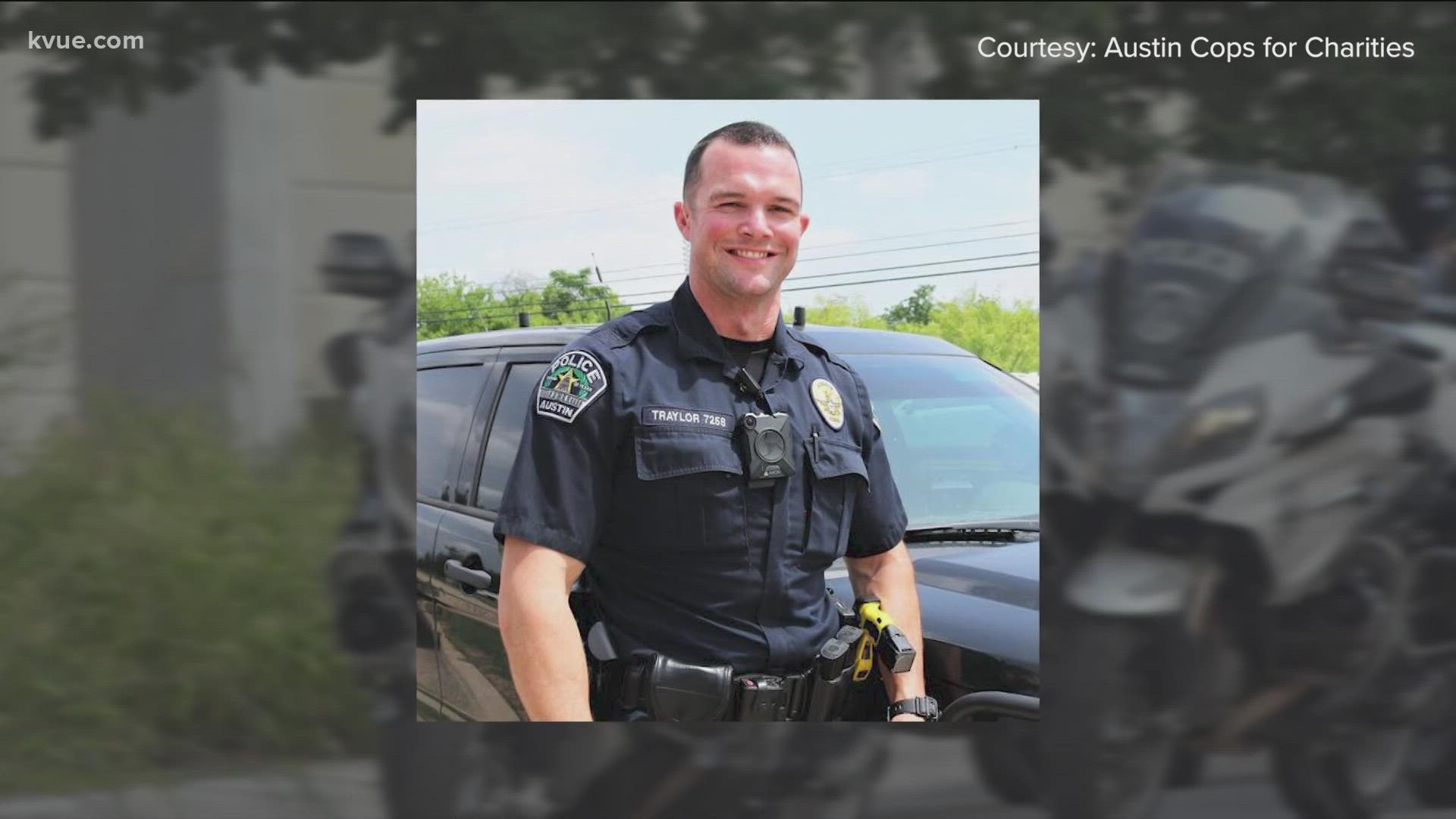 "He was surrounded by his APD family, obviously by his family, and we're all hurting right now," shared Interim Police Chief Joseph Chacon.

"APD is a family," an APD spokesperson said. "When someone is seriously injured like this, it affects each and every one of us."

NEW: Austin police officer Andy Traylor, who was critically injured in a car crash Wednesday while responding to an emergency call, has died. pic.twitter.com/AFiiRiiJxC

"Andy was an incredible officer, husband, father and friend and he will be missed by all of us," said Chacon.

APD said the crash took place around 2 a.m. Wednesday morning on FM 969 near Decker Lane. A tractor-trailer was making a U-turn when the officer crashed into it. He was responding to an urgent call.

Officer Traylor leaves behind a wife and five children, ranging in age from two to 15. Austin Cops 4 Charities and the Austin Police Department are working to support the Traylor family during this difficult time.

On Monday, Aug. 2, Austin Cops 4 Charities announced it had already raised more than $55,000 for the Traylor family. The organization is accepting donations for the family on its website, AustinC4C.com.

We would like to provide an update on our fundraising efforts for the family of fallen Officer Lewis “Andy” Traylor. As of this morning, we’ve been able to raise $55k!!!

Thank you to everyone who has donated and shared our fundraiser.

Pls keep the Traylor family in your 🙏
💙❤️ pic.twitter.com/52L1pcfg36

A procession honoring Officer Traylor was held on Sunday, Aug. 1, at 9 a.m. The procession departed from the loading dock on the north side of Dell Seton in the 1600 block of Red River St. Officers from across the area came out to escort his body to the Travis County Medical Examiner's Office.