9-year-old boy dies after being shot by father, family says

Five of Ezequiel Valdivia’s family members died the day of the shooting in what police called a "domestic violence murder-suicide." 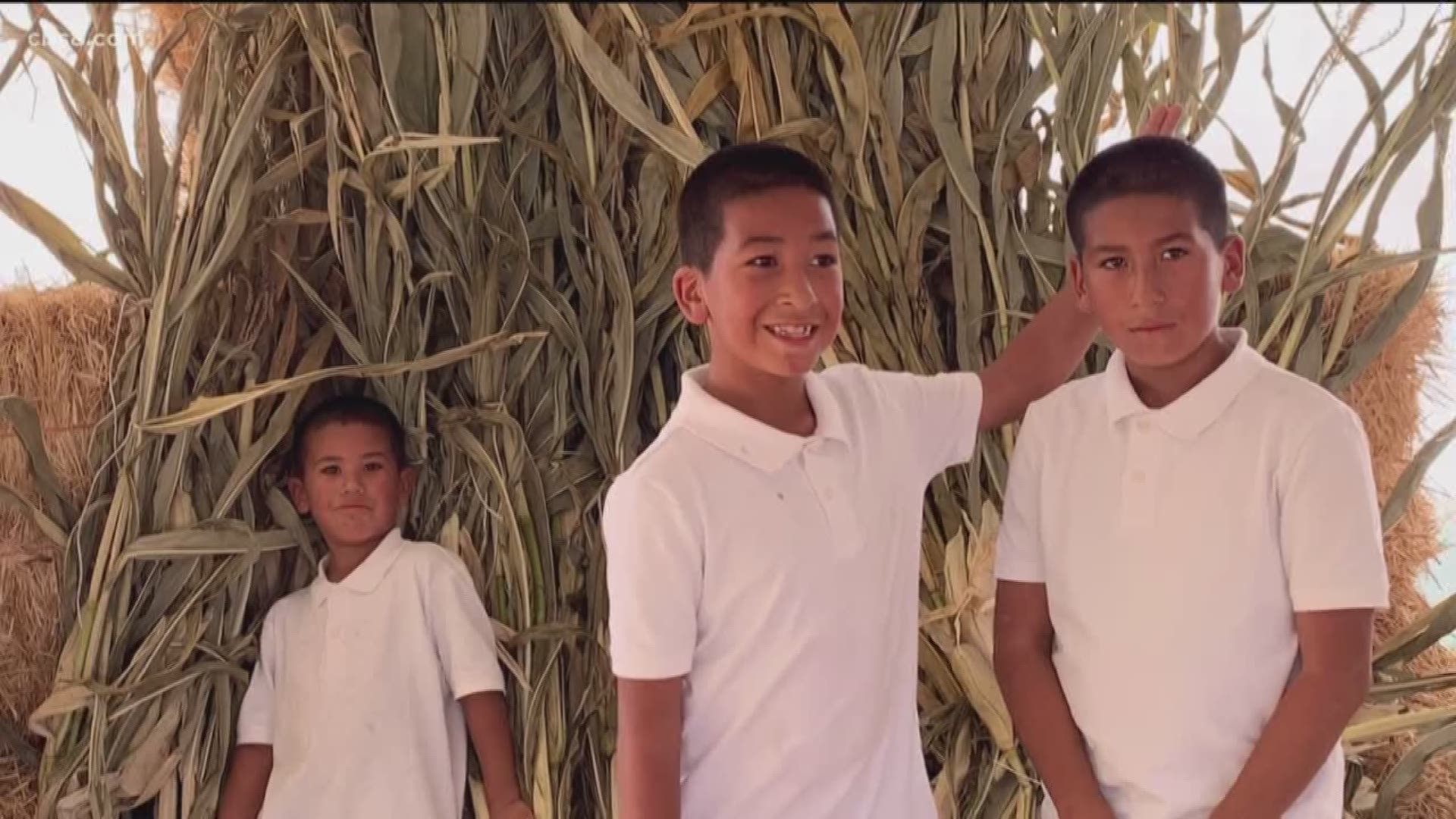 SAN DIEGO — A 9-year-old boy who was shot by his father in his family’s Paradise Hills home on Saturday, Nov. 16 died late Saturday night, the victim’s family announced this weekend. Five of Ezequiel Valdivia’s family members died the day of the shooting in what police called a “domestic violence murder-suicide." According to authorities a 31-year-old man shot his estranged wife and their four children before turning the gun on himself.

The boy was pronounced dead just before 11:30 p.m. on Saturday, according to a statement his uncle Karl Albright released Sunday morning. According to Albright the doctors had told the family Ezequiel was brain dead and not responding to any of their tests.

The young boy was put on life support following the shooting, according to family. Ezequiel’s mother 29-year-old Sabrina Rosario, and his brothers 11-year-old Zeth, 5-year-old Zuriel, and 3-year-old Enzi were shot and killed by 31-year-old Jose Valdivia, according to authorities.

"We had a lot of hope that Ezequiel would make it and then last night, we lost our hope," said the boy's great aunt Joyce Rosario. 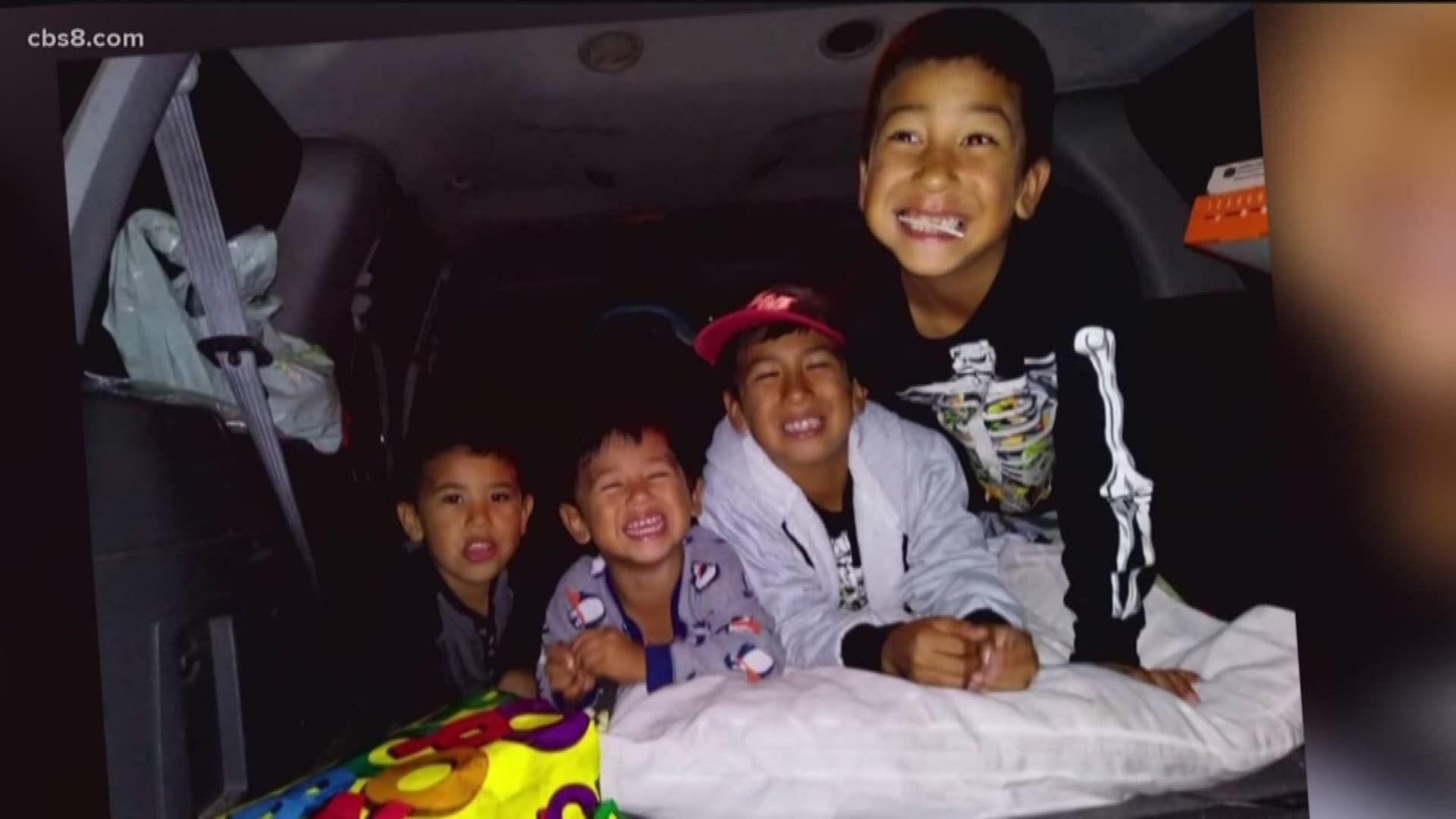 She was at his bedside with family when they received the news that Ezequiel wasn't coming back.

RELATED: ‘A restraining order is not going to do nothing’ | Court documents reveal harassment leading up to Paradise Hills shooting

"Her boys were her priority 100%, no question," said Albright who was Rosario’s brother-in-law.

Police received a call the morning of the shooting, but the dispatcher did not communicate with anyone on the other end. There was arguing heard on the call and officers were dispatched to the scene. While police were en route, a relative called and said they heard arguing and what they thought sounded like a nail gun.

When officers arrived no one answered the door, but through a window they saw a child on the floor covered in blood. Police gained access and found six people shot. The two adults and 3-year-old Enzi were pronounced dead at the scene, according to police.

The three other boys were taken the hospital where Zeth and Zuriel were also pronounced dead the same day and 9-year-old Ezequiel was taken into emergency surgery.

According to police, the mother and four children live in the attached home, while relatives live in the main house on the property.

According to family and court documents, Valdivia started stalking and harassing Rosario when the couple separated about a year ago.

"He made a mistake in the marital relationship, she had made her mind up that it's over and he didn't want to accept that," Albright said. "He sent her a bunch of texts: 'I'm going to come over and kill myself in front of you guys or I'm going to kill you and then kill myself.’”

Court documents revealed that just 10 days before the shooting, Valdivia sent Rosario a picture of handgun with the message “It’s sure happening.” In the days leading up to the shooting he repeatedly called his estranged wife and texted her despite her requests for him to stop.

"She was very private," said Joyce. "She didn't want people to know her business so she kept a lot of it inside."

Rosario stated in her petition for a temporary restraining order that since she filed for divorce in June, Valdivia "has consistently harassed and threatened me over the phone and does not leave me alone after I have repeatedly asked him to."

She wrote that he often showed up to her home unannounced and waited outside the house in his car. Sometime in July, she called police after he broke into her home and took his tools.

In her request, Rosario also referenced the picture he sent of the handgun on Nov. 6.

“This threat really scared me and I can no longer handle his abuse and harassment,” Rosario wrote in the restraining order request for herself and her children.

Rosario's TRO request said she was seeking the order "because I am afraid that with respondent's unstable behavior and alcohol dependency, respondent will hurt me or our children. I do not feel safe around respondent or having our children in his presence."

“I do not believe our children are safe around [Valdivia] and it is not in the children’s best interest to be around this kind of domestic violence,” she wrote in another portion.

RELATED: Community gathers together to raise money for family murdered in Paradise Hills

Call and text logs attached to the filing list dozens of phone calls and texts to Rosario's phone between Nov. 8 and Nov. 14.

Rosario was granted the restraining order the day before the shooting.

"It is still unclear if the restraining order had been legally served, but we do believe the male was aware of it," SDPD Lt. Matt Dobbs said.

Police said they responded to the residence on November 1 for a dispute about property.

A vigil was held in honor of the family on Friday.

"She was my princess," said Gloria Collins, Sabrina's mother.

Another community event was held Saturday to raise money for the family and gave them the opportunity to speak out against domestic violence.

A GoFundMe page was established to raise funds for the family's funeral expenses.

The San Diego District Attorney's Office urges anyone facing issues of domestic violence and abuse to call their 24-hour information and help line at 1-888-DVLINKS or visit SanDiegoDA.com to get help from professionals.

Editor's note: A previous version of this story incorrectly stated that the boy passed away Friday night. We have corrected the error.