The gunman remained on the run after the incident. Police were interviewing multiple witnesses and looking at surveillance video to try to identify the shooter. 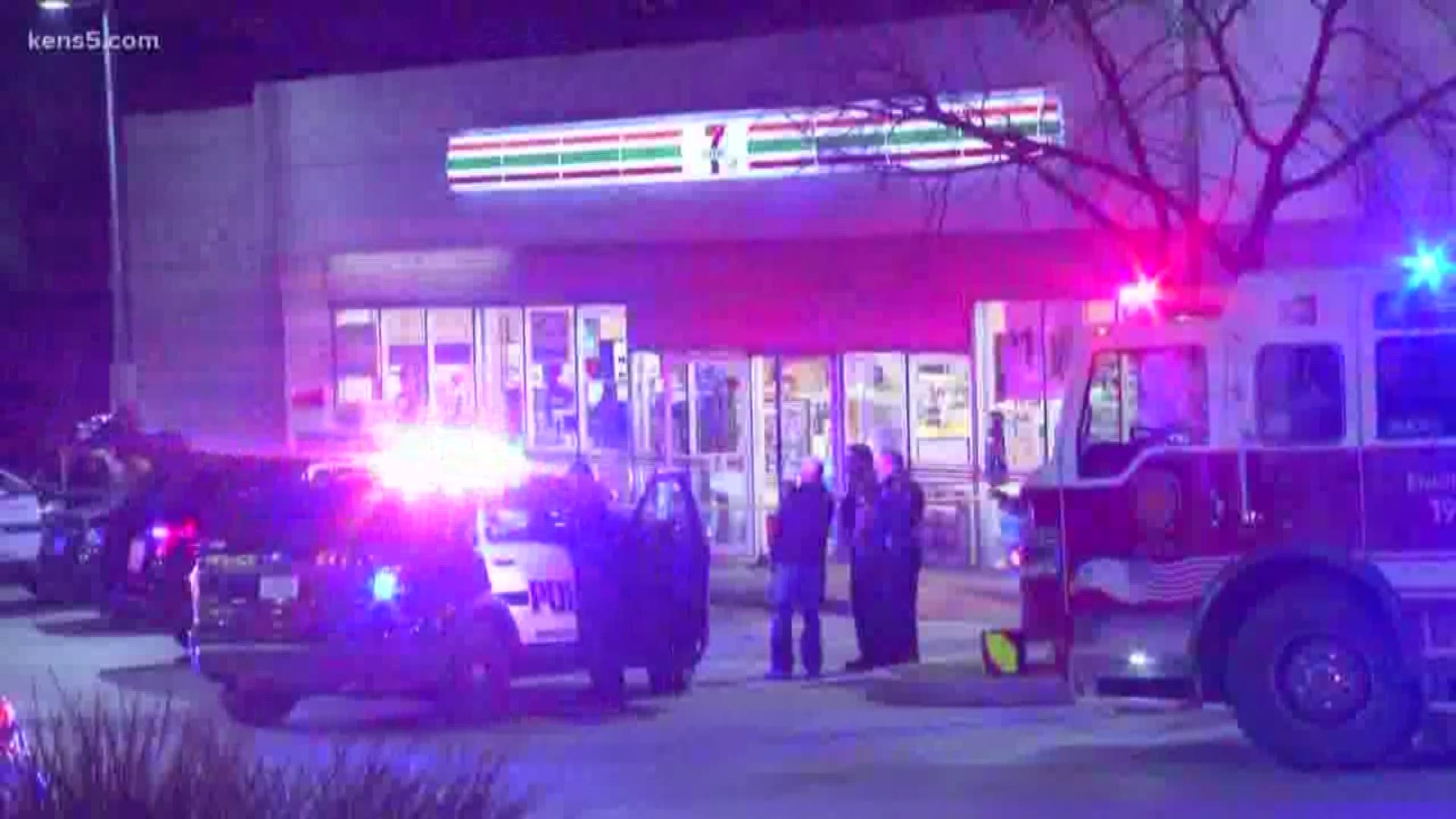 San Antonio Police are looking for a robber who they say shot and killed a convenience store clerk early Tuesday morning.

The clerk, 42-year-old Timothy Collins, worked at a 7-Eleven at 7930 Callaghan Road near I-10 on the city's northwest side. He was transported to University Hospital where he later died.

Kyle Shane of Kerrville stopped at a 7-Eleven for cigarettes right before the shooting. He was in San Antonio celebrating New Year’s Eve with friends. He said a store clerk was mopping when he was shot.

“He’s a new kid. He was mopping, and the wet floor sign is still up,” he said.

Shane drove to Vance Jackson to get money out of an ATM when the shooting occurred.

“We were gone five minutes,” he said.

Shane, 31, also said he asked the suspect for directions and said he was parked outside the convenience store in a Chevy Trailblazer.

“He was waiting for us to leave, you could just tell,” he said. “Man, this is my 7-Eleven. I came here every day. I used to live in the apartment complex next door."

The gunman remained on the run after the incident. Police were interviewing multiple witnesses and looking at surveillance video to try to identify the shooter.