Community members and the San Antonio police chief remembered the life of the 6-year-old girl who was shot and killed on Mother’s Day. 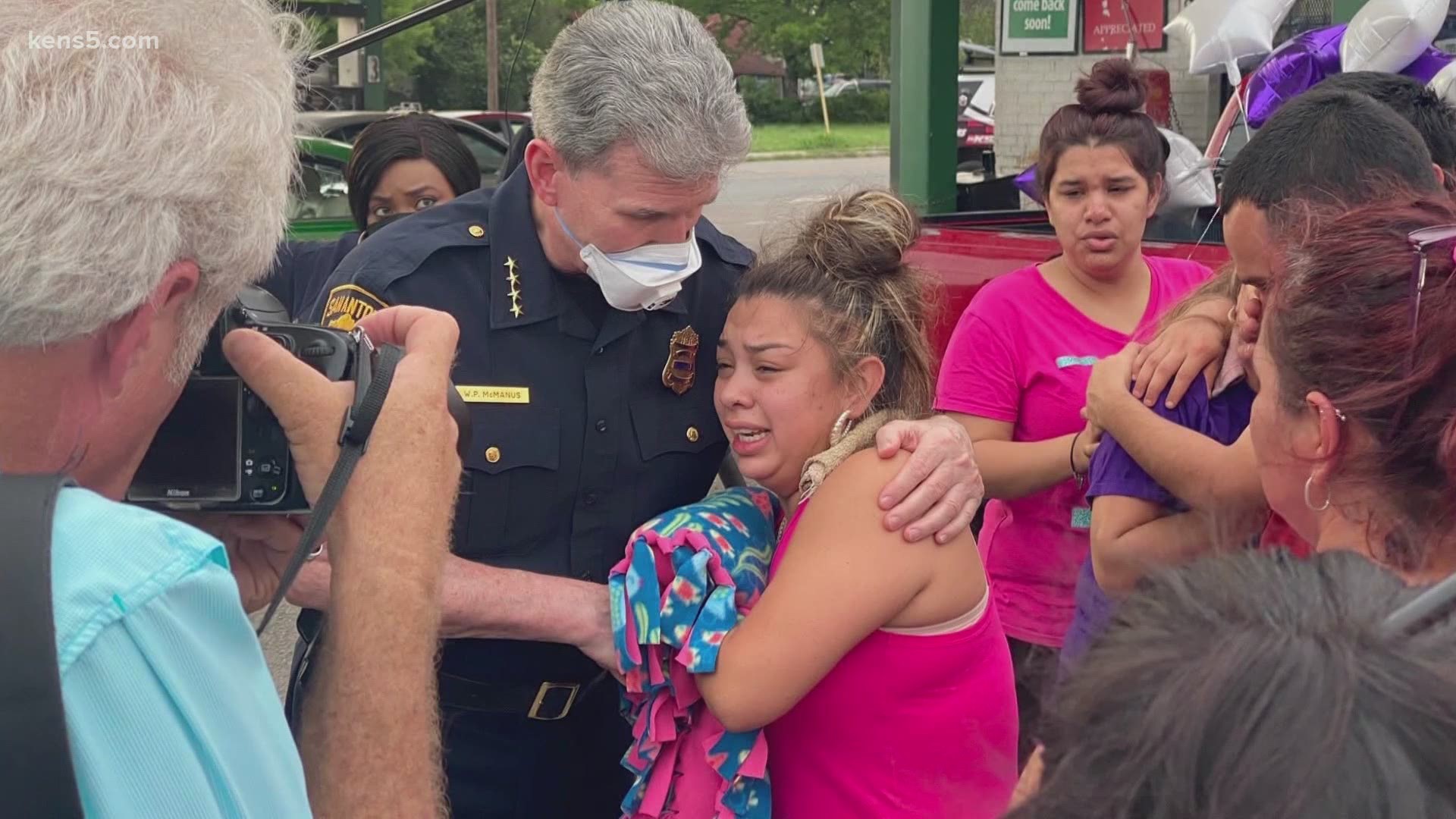 SAN ANTONIO — Community members and the San Antonio police chief remembered the life of Saryah Perez, who was killed on Mother’s Day.

Community members including San Antonio police chief William McManus gathered at a vigil held for Perez. In a tender moment captured on camera, McManus comforted the victim's mother who was in tears.

"Our family is struggling right now to get through this," Candelario Alvarez, a family member, said.

At 10:48 p.m. Sunday, San Antonio police officers responded to the 4000 block of West Commerce Street just north of Our Lady of the Lake University. McManus said during a car club meeting, an argument erupted. The nature of the dispute is under investigation, but it led to a shooting. The chief said the car club meeting was a legitimate gathering, unlike the other car meet-ups in San Antonio with illegal racers.

The chief says one of the bullets hit Saryah Perez, 6, and shrapnel hit her mother. A preliminary police report says Perez was sitting in her car seat when she was hit. The girl was rushed to University Hospital where she died from her injuries.

Monday afternoon, McManus held a press conference to announce the arrest of the suspected shooter. Andrew Ray Elizondo, 23, was charged with Capital Murder. He said through investigative leads, they discovered Elizondo was at his home. Around 2:30 p.m., he was apprehended without incident. McManus said Elizondo is an acquaintance of Perez’s mother and the incident was not domestic violence-related.

"A young girl who wasn’t even starting her life yet, was killed in a senseless act," said McManus. "It’s a random act by a reckless heartless individual who could not have cared less where those bullets wound up."

The chief says the victim's mother is concerned that there may be a second person involved in the shooting. He said the investigation is ongoing to determine if there is a second suspect.

"We pray that they bring all who are involved to justice and that they feel the pain that we’re feeling today," said Alvarez.