Dalton Broesche was charged with two counts of unlicensed carrying of a weapon for a pistol and a baton. 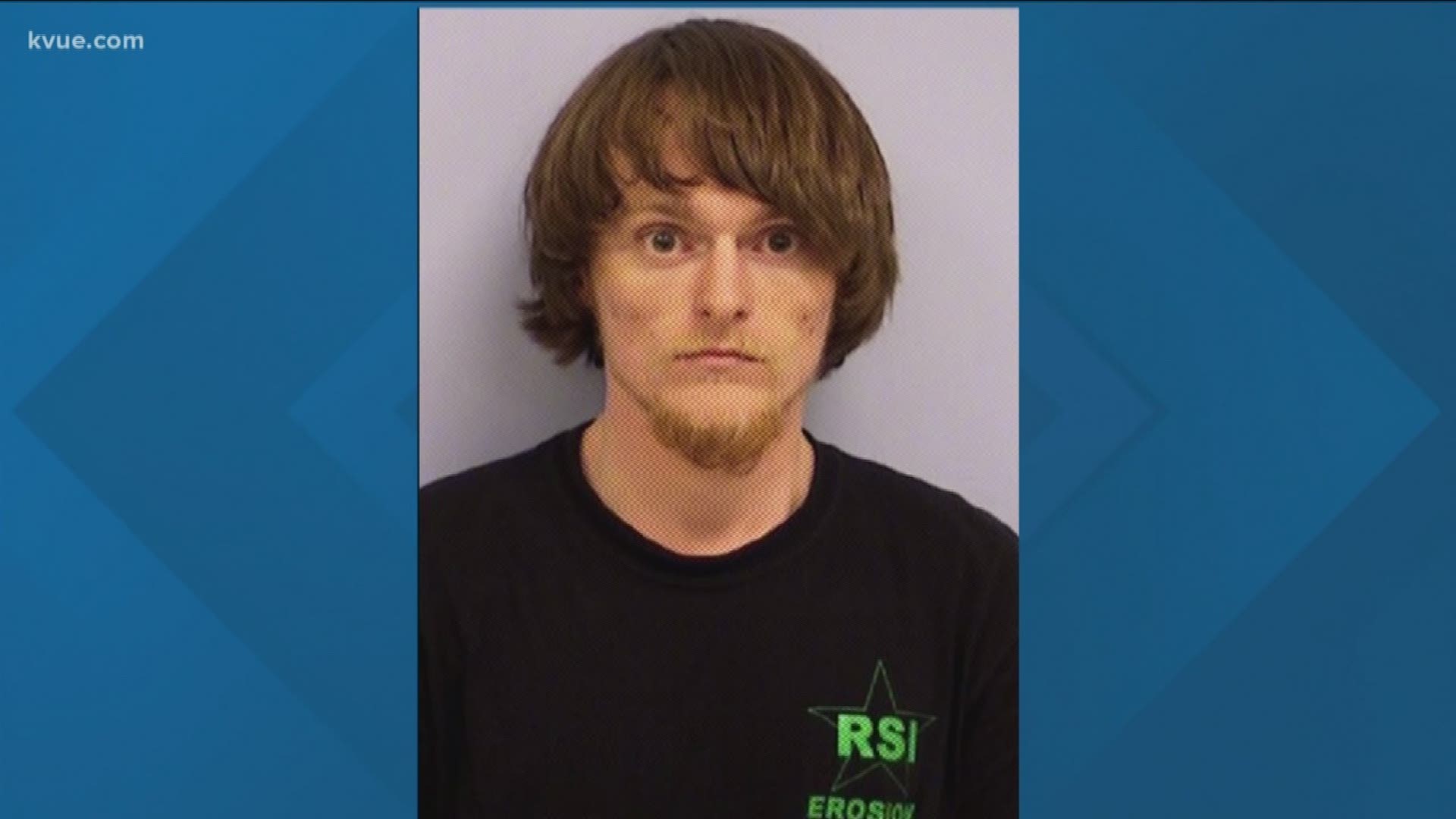 Shortly after 1:30 p.m., someone called 911, advising that a man was carrying an assault rifle and a large knife in a backpack, according to an arrest affidavit. The caller told the dispatcher the man was walking toward a "party with lots of kids."

A second caller provided the dispatcher with the license plate number belonging to the car the man was seeing driving, police said.

Based on that information, Austin police officers identified the man as 23-year-old Dalton Broesche.

They also determined Broesche had a warrant out for his arrest from Harris County, where he is accused of assaulting his girlfriend and threatening a resident with a knife because he was angry "he could not leave due to his brake lights not functioning," according to the Harris County Sheriff's Office.

When officers arrived at Pease Park, they found Broesche walking between the trail at the park and the roadway carrying what appeared to be "a large knife strapped to his belt or possibly in a back pocket," according to the affidavit. Officers then detained Broesche for the warrant and handcuffed him for safety.

Austin police urge joggers, hikers and bikers to be aware on trails

While searching Broesche, police said they found a loaded 9mm handgun and an expandable metal baton. They also found a fully loaded magazine for the handgun, along with two knives, a flashlight and black gloves.

According to the arrest affidavit, officers then asked Broesche for the location of the rifle the 911 caller saw him carrying and he told officers "he threw it in the brush off the trail." Officers found the AR-15 semi-automatic rifle "laying on a footpath that goes from the main trail to the roadway," which was about 50 yards from where officers had detained Broesche.

The rifle was loaded with a 30-round magazine and fitted with a bipod, scope and tac light, police said.

Police charged Broesche with two counts of unlawful carrying of a weapon for the handgun and the baton, records show. He was booked in the Travis County Jail on a $55,000 bond for the three charges. A bond condition prohibits him from possessing any firearms while out on bond.

According to affidavits obtained by KVUE, he has since been charged with deadly conduct. Additionally, he has been charged for tampering with physical evidence bringing the current bond to $175,000.

"Officers did an excellent job of responding to this situation and taking Broesche into custody without incident while also keeping everyone at the park safe," the Austin Police Department said.

A witness who claims she saw Broesche exit his car at Pease Park while carrying the rifle shared her experience in a series of videos on Twitter, which have been retweeted thousands of times.

For Marie Fahlgren, who sometimes visits Pease Park with her two young girls, what happened Wednesday afternoon is difficult to understand.

The arrest warrant out of Harris County for aggravated assault of a family member stemmed from an incident in July 2018, in which he fled the scene. In June 2019, one of the victims in the case requested his bond be reduced to no bond because "the safety of the victim appears to be in danger," records show.