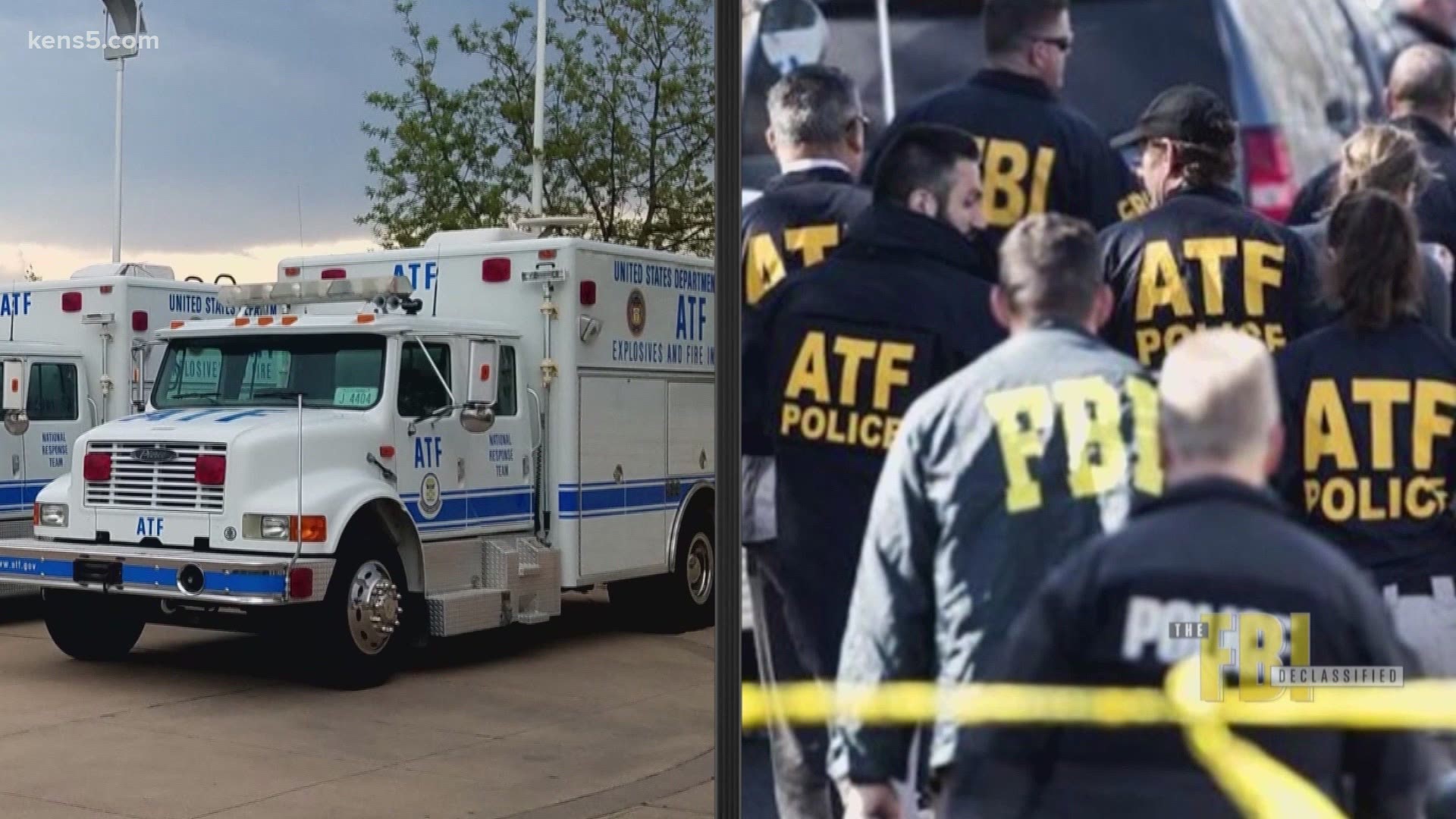 SAN ANTONIO — The victims and the law enforcement connected to the Austin bomber don't need a television show to remind them of a permanent episode in their lives. But there is a new production of the deadly events.

March 2018 became a time of terror and uncertainty stretching from Austin to Schertz.

"I think they're going to see something that unfortunately they don't see enough of---which is the heroes in law enforcement," Michelle Lee said.

Lee is a special agent with the San Antonio Federal Bureau of Investigations and handles their public affairs. Connecting San Antonio's FBI with CBS's "The FBI Declassified" gave team members who don't otherwise get to tell their story to a national audience a shot at revealing the truth behind a grueling investigation.

"They're going to see the important role that analysts play behind the scenes," she said. "How they can make a difference in finding a bomber."

The FBI came in to support the Austin Police Department after the first bombing death on March 2, 2018.

Investigators said a bomb inside of a package on Anthony Stephan House's porch killed him. Lee said they believed it was a troubling isolated incident.

"We had no indication that there would be any explosions...any additional bomb targeting victims to follow," Lee said.

Ten days later, an explosive package left on the doorstep of 17-year-old Draylen Mason's family killed him. Following the young musician's death, the authorities thought they saw a hate crime pattern because the two victims were Black.

"There was a great deal of concern in the community that the bomber was targeting African-Americans," Lee said.

Before their theory could take root, another bombing happened on the same day of Mason's death. 75-year-old Esperanza Herrera survived the blast.

Six days after that, two men escaped death too. Their victimization became the most troubling because the explosive came connected to a tripwire.

"It was as if the bomber sent us a message that---you know---I am pretty much out to kill anyone," she said.

Hundreds of federal agents from the FBI, ATF, and even more law enforcement worked around the clock trying to figure out what they described as a 9/11 like suspect.

A fifth explosive device detonated on a conveyer belt at a FedEx distribution center in Schertz on March 20. There were no significant injuries.

For investigators, the incident brought about tremendous headway in their case. Lee said it gave them an image of a suspect and a vehicle description.

On March 21, S.W.A.T. members closed in on Mark Conditt. As they tried to capture him during an intense traffic stop, the  23-year-old blew himself up in his vehicle. The motive behind the bombings died with him.

"I think it was very frustrating for us not knowing why," Lee said. "I think the public also wanted to know why as well."