Police believe an 18-wheeler rear-ended a car on I-10 this morning and kept going. The driver of the car died at the scene. 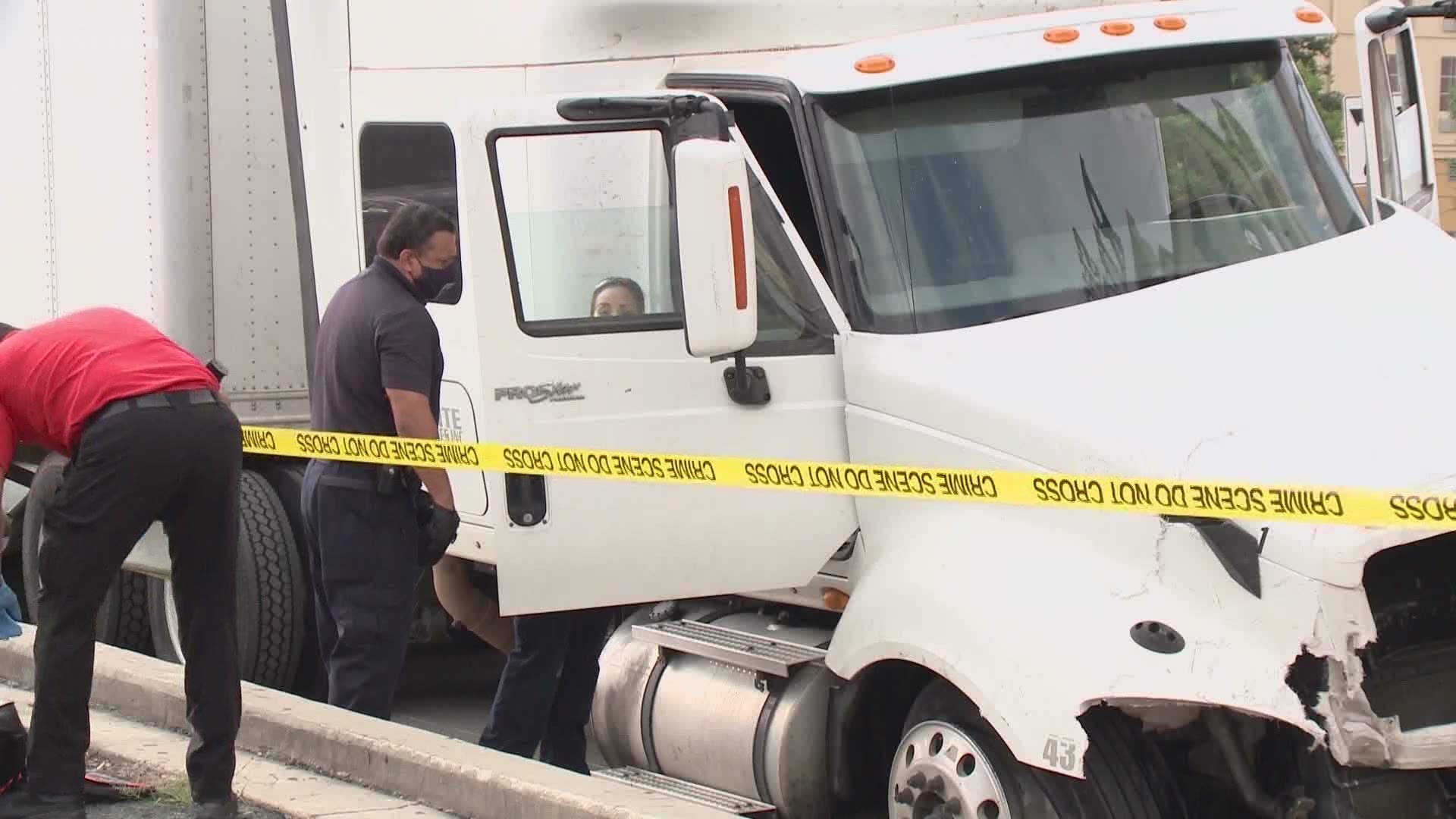 29-year-old Justin Antwan Jackson was taken into custody Friday and charged with Failure to Stop and Render Aid in the deadly crash on I-10 on the city's northwest side.

According to investigators, a woman, who has since been identified as Donna Falkenberg, 46, was driving around 5:30 a.m. in the southbound lanes of I-10 near Dominion Drive, just north of the RIM, when she was hit by the 18-wheeler. The truck then took off from the scene. Falkenberg was pronounced dead at the scene.

Police found the 18-wheeler downtown at the intersection of Bowie Street and East Crockett Street around 8 a.m. The white tractor-trailer had visible front-end damage.

SAPD said Jackson was the driver of the truck. According to police, he told the arresting officers he was a passenger in the 18-wheeler, and that he fell asleep and didn't know about the crash.