In hopes of bringing additional investment by Toyota to its current plant on the south side, Bexar County Commissioners approved a tax abatement proposal Tuesday. 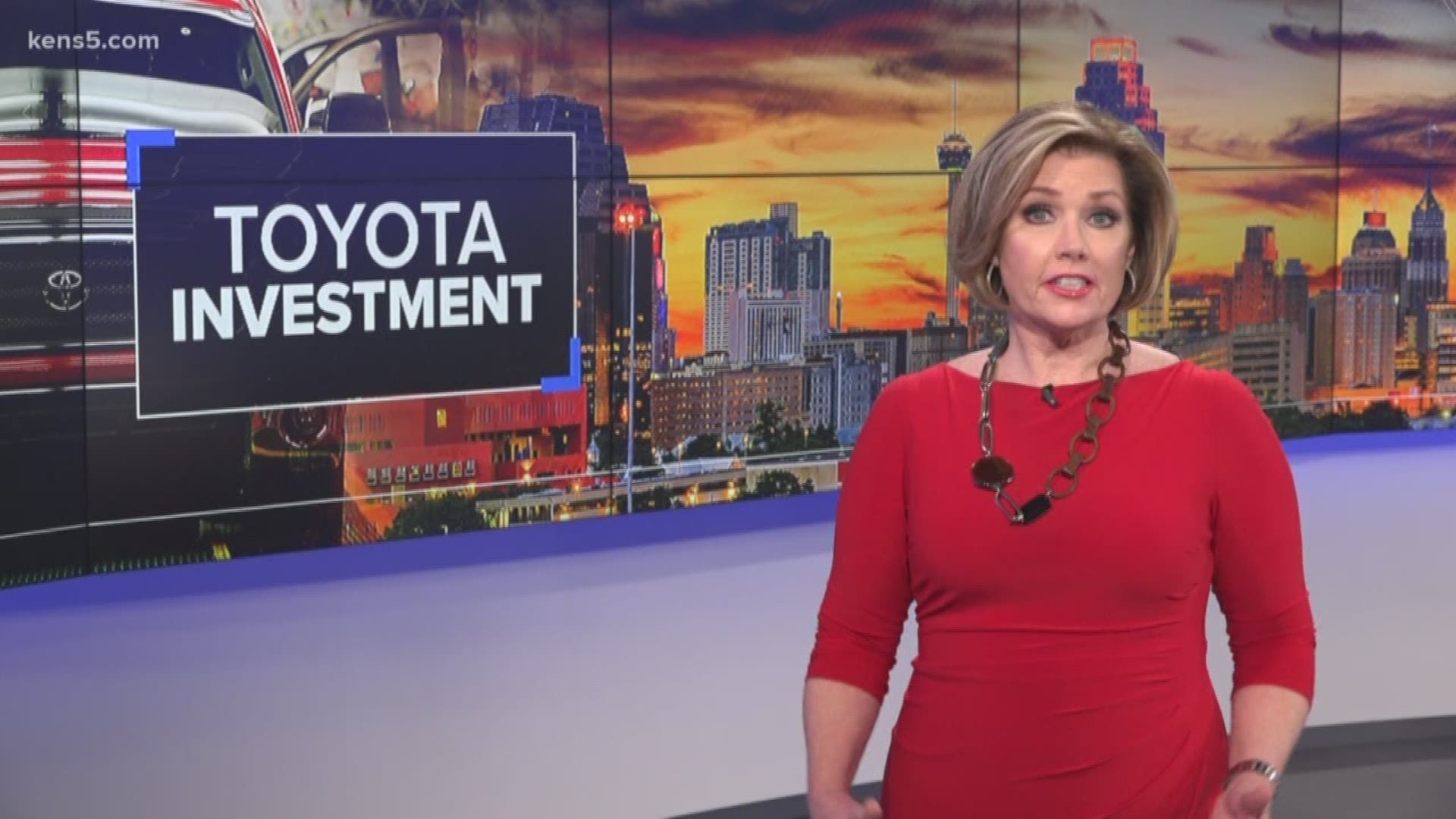 SAN ANTONIO — Toyota Motor North America says it may choose to build a new high-tech line at its current plant in San Antonio, which employs thousands of people and plays a major role in the area's economy.

"It’s impossible to overstate Toyota’s impact," Marquez said. "When they first announced they were coming here they were going to create 800 jobs and 1500 or so in the supplier part, all told there’s over 7000 people that work on the site. Off-site they generate thousands more jobs and to be perfectly honest we’re chasing additional Toyota prospects as we speak – in the county and in the general area. So we the county have been very active in recognizing how much of a sustained, long term, generational long term impact Toyota will have. This is a marathon."

Tuesday, Bexar County Commissioners approved a 10-year, 80% tax abatement worth, in total, around $9 million in hopes of attracting the large, new investment.

"They’re bringing $409 million of new investment to the plant on the south side," Marquez said. "It’s a tremendous win for us. It’ll modernize the plant. New technologies, more flexible manufacturing, [there are] so many things happening in the industry today, so we need them to be able to react quickly as market tastes change or new technologies come aboard."

Toyota has not confirmed whether or when it might make a decision about the potential investment, but San Antonio Economic Development Foundation CEO Jenna Saucedo-Herrera released a statement Tuesday reading:

"The San Antonio Economic Development Foundation’s (SAEDF) mission is to attract and retain job producing investments in order to promote San Antonio’s economically healthy and prosperous future. This single project could double the capital investment from all SAEDF assisted projects in 2018 and have a significant ripple effect putting more San Antonians to work. We understand the company will make its final decision by the end of the second quarter 2019.”