The Constable's Office alleges Moreno lied on a sworn affidavit as part of a complaint he filed to the Equal Employment Opportunity Commission. 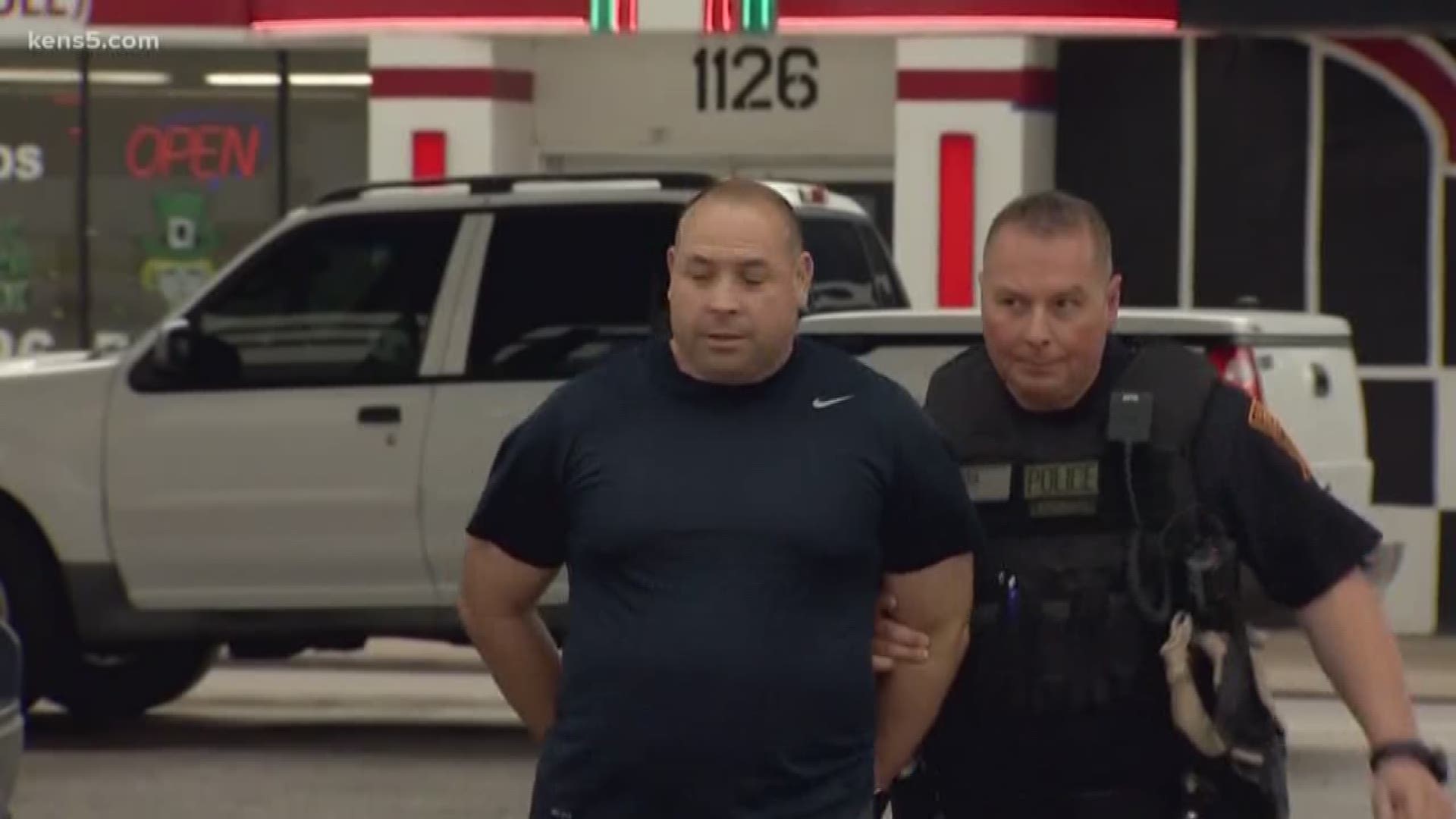 SAN ANTONIO — A Bexar County deputy constable is out of jail after being arrested by the agency where he works. Tuesday, the Precinct 2 constable’s office arrested Leonicio Moreno, accusing him of perjury.

"This is another former of retaliation from Michelle Barrientes," Moreno yelled to TV news cameras on Monday night.

On Tuesday, Constable Michelle Barrientes Vela responded to that statement saying, "facts are the facts."

The Constable's Office alleged Moreno lied on a sworn affidavit as part of a complaint he filed to the Equal Employment Opportunity Commission. The office said the complaint accused them of sexual harassment, retaliation and hazing.

"Unfortunately for Mr. Moreno, we do have documentation that does prove that one of his EEOC complaints to be untruthful," Captain Marc Garcia with the Constable's Office said at Monday's news conference.

The charge of aggravated perjury, though, is being rejected by the Bexar County District Attorney's Office "for further investigation," adding it can be refiled later until more substantial supporting evidence is on hand to present to a grand jury.

In a lawsuit Moreno filed against the Constable's Office, he accused Barrientes Vela of sexual harassment, citing an incident that occurred in a hot tub between the two on a work trip. Moreno claimed Barrientes Vela called him her work husband and repeatedly made efforts to touch and caress him.

"I was not in a hot tub," Barrientes Vela, fired back. "I have one husband that I've been married to with 25 years, whom I'm actually very happily married with. We are very blessed."

Since being arrested, Moreno posted bond. KENS 5 attempted to reach him at a listed address as well as a listed phone number but were unsuccessful.

The aggravated perjury charge the 18-year law enforcement veteran faces is punishable by two to 10 years in prison and fine not to exceed $10,000.