'Yes, I am being attacked'; Pct. 2 Constable Michelle Barrientes Vela responds to search warrant at her offices

Constable Vela spoke to KENS 5 late Monday morning. She said she was not officially notified of the investigation and she believes she is being attacked. 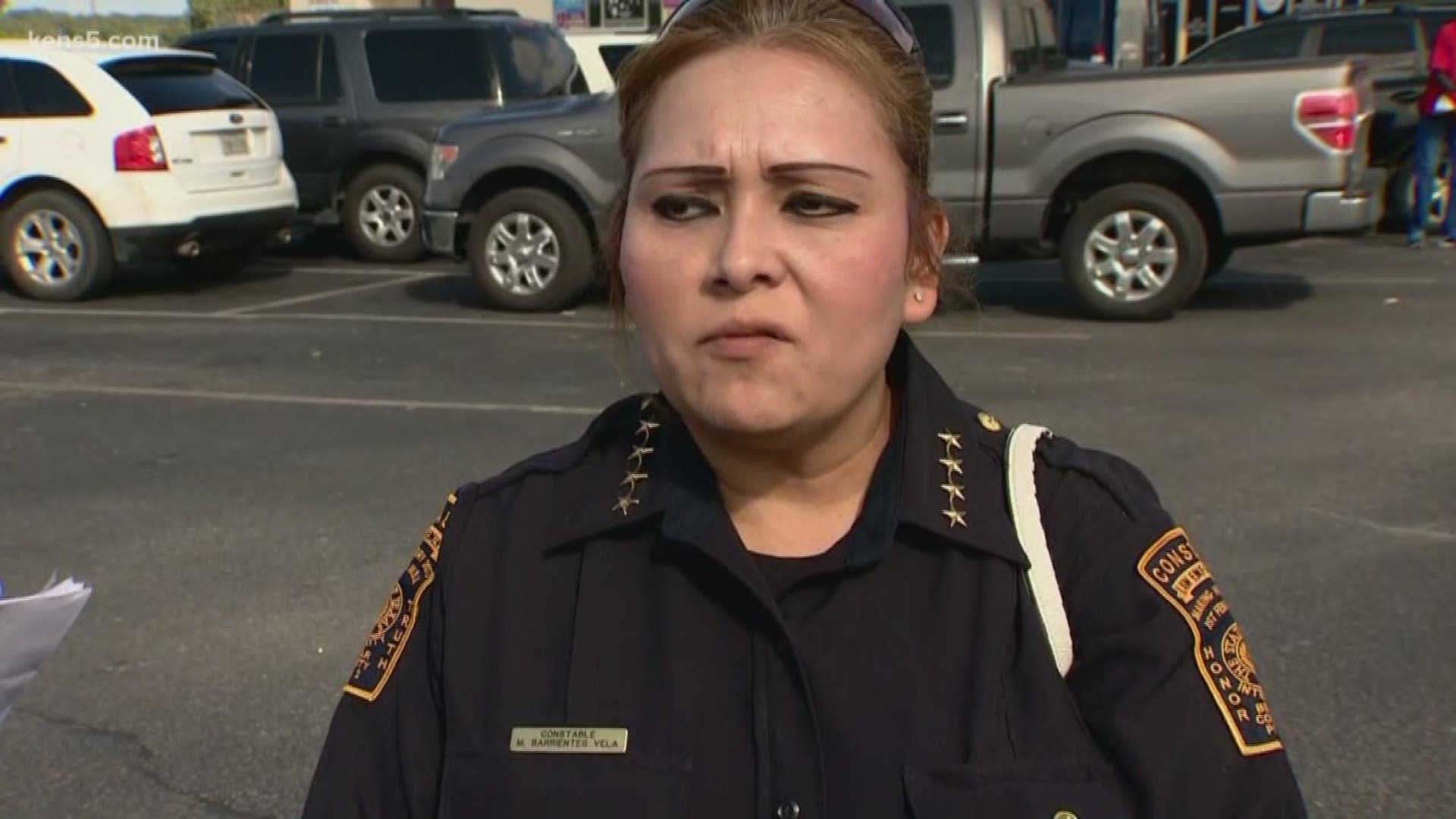 The FBI conducted a search warrant at the Bexar County Precinct 2 offices on Guilbeau Road early Monday morning. The agency says it is a joint investigation with the Texas Rangers.

Constable Barrientes Vela spoke to KENS 5 late Monday morning. She said she was not officially notified of the investigation and she believes she is being attacked.

"Yes, I am being attacked," Barrientes Vela said. "I don't know why they are in my office today, or what they are looking for. I will just say we have done nothing in this office. All I have done is stand up for my community and I will continue to do that."

She continued that she feels she is being treated unfairly.

"I am not going to be part of the 'Good Old Boy" system...What I tell the community all the time is 'come with me to the other side of the door'," Barrientes Vela said. "I have opened that door and been transparent with my community and that is not something other elected officials have never done and don't want the community to know what goes on behind closed doors."

She said she had received several subpoenas but declined to show them to KENS 5 crews. She says her peace officers license is still active and she has not been placed on leave.

View the full conversation with Constable Barrientes Vela below:

"The voters of precinct 2 elected the Constable, she is an elected official. At this point, no one has been arrested, no has been indicted and no one has been convicted. She has the constitutional right to stay in office until some of these things happen, if they do happen," Wolff said.

Sheriff Salazar said his office is ready to provide assistance as the process continues.

"We are just here to make sure that public safety is not affected in any way. The constituents of Precinct 2 can certainly rest assured that the Sheriff's Office is ready to step in and handle whatever may come up from a county perspective," Salazar said.