"The civil rights that happened in the Woolworth building in 1960 are so important," said the president of the Preservation Society of San Antonio. 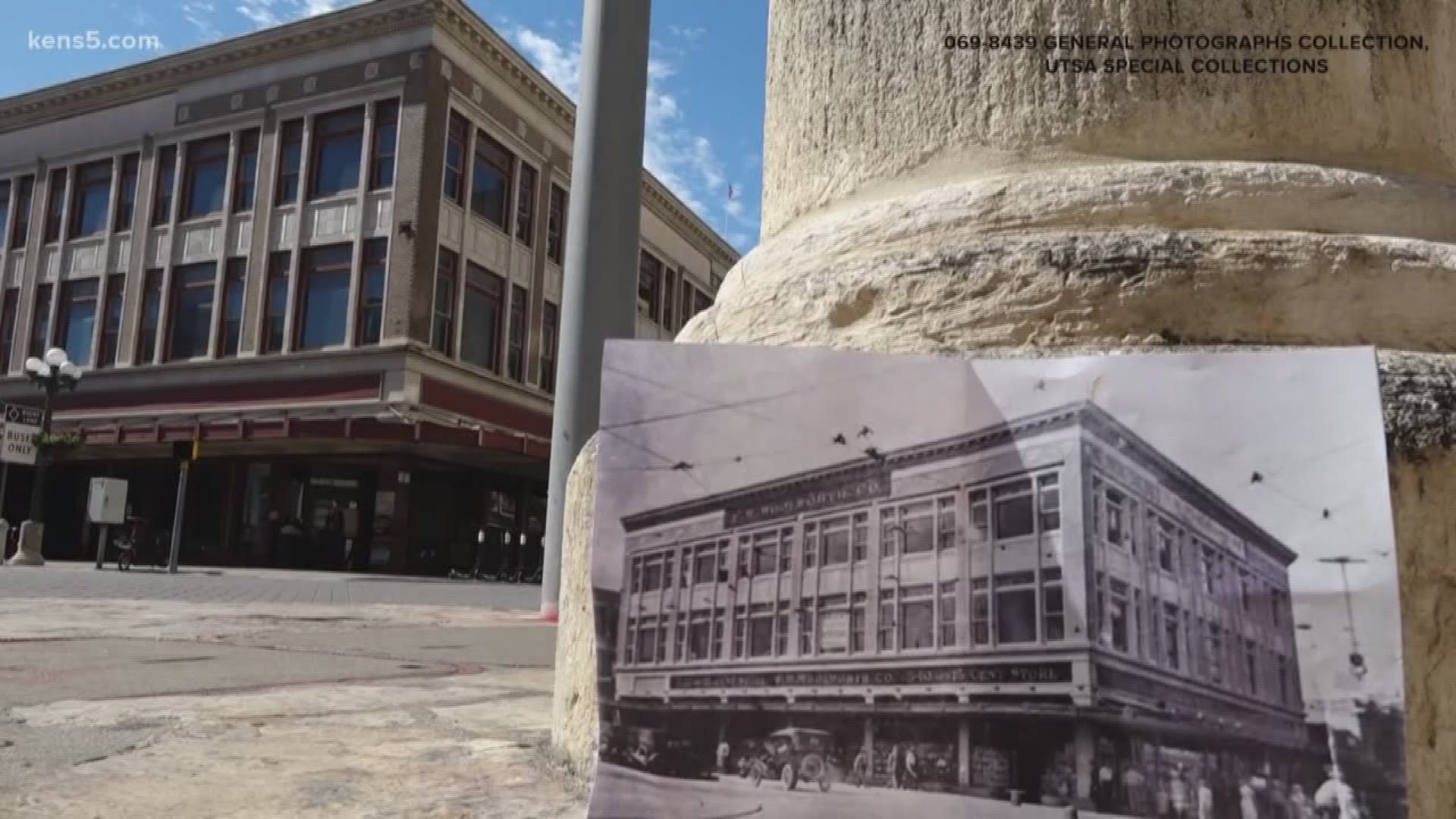 Around almost every corner of San Antonio is a piece of the past. But at Alamo Plaza and Houston Street, Everett Fly and others are hoping history doesn't repeat itself.

"San Antonio does not have a strong history of preserving African American and civil rights landmarks," said Fly, a San Antonio resident and architect. "Literally thousands have been erased over the 300 years of the city."

Now another one is in danger: the Woolworth. The building made the 2020 World Monument Watch, a list of 25 sites whose historic preservation is at risk.

"The civil rights that happened in the Woolworth building in 1960 are so important," said Patti Zaiontz, president of the Preservation Society of San Antonio. "A young woman negotiated the peaceful desegregation for a lunch counter when all around the United States there was civil disobedience, there were sit-ins going on. It happened and it happened here in South Texas, in San Antonio."

Since that time the Woolworth has been re-purposed, but its proximity to the Alamo has its future in peril.

"There is a plan for a museum for the Alamo," added Zaiontz. "We are not aware yet of what that plan is."

Not many people do. Not even the General Land Office, which owns the building.

The Woolworth resides in the area in which an Alamo Museum is being considered. In a statement to KENS 5 on Tuesday, the General Land Office said it hired an architecture firm to evaluate the Woolworth and its neighboring buildings for potential preservation.

But as of right now, no final decision has been made on if it will be incorporated in the museum.

In the meantime, Fly and others hope this new designation to a watch list will shed some light on the threat, and stress whatever happened in the past doesn't have to define the future.

"This could be a major step for San Antonio," Fly said.