For Woodlawn Theatre's artists, upcoming 'On Your Feet!' production is doubly meaningful after the pandemic

The pandemic struck when the theatre group was just days away from bringing Gloria Estefan's story to the stage. Over a year later, the story has added resonance. 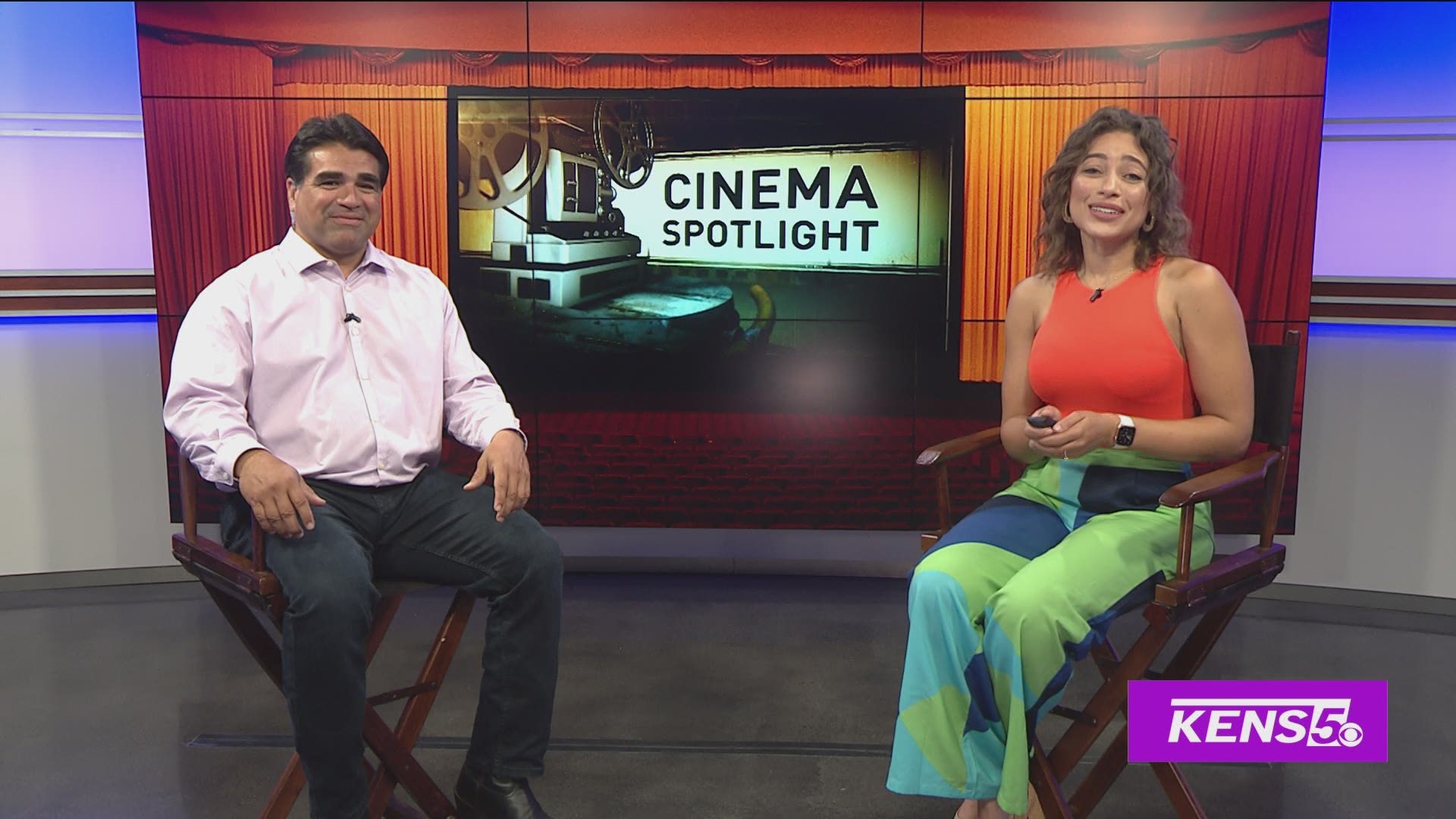 SAN ANTONIO — Before the actors and artists at Woodlawn Theatre had a chance to return to the stage in semi-revival mode after the pandemic halted its production schedule in 2020, a handful turned their own living rooms into performance venues.

A long-awaited return to in-person shows was still a few months away, but the theater group improvised in the meantime with an “In the Heights” cast reunion via Zoom.

In a sense, it was even more intimate than the real thing.

“It was weird and different, like, ‘Is anyone even watching this? Are we just singing for each other?’” said Miguel Ochoa, a longtime Woodlawn actor who briefly slipped back into the swagger of Usnavi de la Vega, the “In the Heights” protagonist he played in 2019. “Then we looked and we saw there was an audience, there were people that were tuning in and watching. So it was very cool, very different, but it was something we all enjoyed.”

Hence the virtual cast reunion, one of a handful that allowed for some long-awaited connection between artist and audience without either leaving their home.

Several months later, however, the joy and possibility that the theater brings is slowly churning back to life at Woodlawn. The organization recently concluded its run of Woodlawn Theatre Revue shows, a greatest hits-style production which represented the first time actors were back in front of a live audience at the organization’s traditional Fredericksburg Road venue in well over a year.

Up next is a show which Woodlawn has had an unexpectedly lengthy amount of time to fine-tune: “On Your Feet!,” which tells the story of Gloria and Emilio Estefan. When COVID-19 became reality stateside, opening night for the show was less than a week away. The sets were constructed, the wigs crafted, the costumes in the process of being sewn together.

But they would see a closet for many months before a live audience.

“We shut down that Monday and told everyone not to come back to rehearsals, that we’d probably have to postpone. And everything has been kind of on hold waiting backstage,” said Christopher Rodriguez, artistic and executive director at Woodlawn Theatre, who is directing this production of “On Your Feet!” and hasn’t really stopped doing so for 16 months.

“I’ve been in constant communication with our cast over the past year and a half, just saying, ‘Hey, we’re still going to do it at some point. Please hang in there. If you can’t do it anymore, we totally understand.’”

Now that cast – almost entirely intact – has returned to rehearsals, and the show is finally set to hit the stage June 25 with what Ochoa, playing Emilio, promises will be plenty of energy, dancing and familiar music.

But while much about the production has endured through the pandemic, Rodriguez says the uncertainty of the last year has given him a new perspective on the tale they’re telling.

“I think with such an inspirational story of Gloria Estefan and her struggles, coming to a point in her life after the bus accident when she never thought she would do it again and she comes back stronger than ever with that powerhouse song ‘Coming Out of the Dark’—I can’t think of a better song or show that fits with what we want for this community,” he said. “Because it’s definitely been a dark time.”

A time which, according to Rodriguez, included layoffs and salary cuts that have continued up until this point. The director credits those who have continued to work with doing what they can to adjust during a period of uncertainty, not just for themselves but for the community members Woodlawn serves in its academies.

Because the organization had some teachers on staff, it had a head start on going virtual with its classes, an effort which downtown’s Magik Children’s Theatre also undertook. Himself a choir director at a local high school, Ochoa said he understood firsthand the impact Woodlawn was making by prioritizing accessibility and providing children with a distraction as they stayed at home.

“For a lot of them, that’s their outlet. That’s what they do to maintain their mental health and express themselves,” he said. “For the Woodlawn to have that accessible to kids, especially the young people who didn’t get to go back to school, who were stuck at home, who didn’t get to go out and be with their friends, it was something they absolutely needed.”

But Woodlawn’s own performers needed to get back to what they were familiar with as well. That opportunity arrived in December, when a slate of holiday season-themed shows at various venues provided the first opportunity in months for some of the actors to sing and dance in front of (smaller) live crowds instead of just cameras for livestreamed productions.

If ever a theatre actor might take the sound of applause for granted, performing in front of an audience for that show proved to Ochoa how triumphant a sound it could be as the traditional pre-show comments were on being delivered on the stage.

“We heard people cheer and clap, all of us looked at each other like, ‘Oh my gosh, there’s people out there!’” Ochoa said. “It was so exciting. Even if it was a small crowd, it was so exciting. We’re all performers, and we do this pretty often. But to not have that for almost a year, it was great to hear people out in the audience and (it) really just brought that sense of excitement and energy back again.”

Cut to a few months later, and Woodlawn Theatre is planning things show by show for the time being as the world cautiously continues its reopening phase. Beyond “On Your Feet!”, a production of “Cinderella” is expected to hit the stage at the end of August, while Rodriguez says a couple delayed youth productions will be revisited soon, including “School of Rock.”

Some of those plans are continuations of what was on the schedule for 2020, but it wouldn’t be entirely accurate to say they’re being approached with the same state of mind. Both Rodriguez and Ochoa attested to how a shuttered Woodlawn Theatre box office showed them how valuable the organization is to the community it serves and entertains.

In Ochoa’s case, he said it became increasingly common for people to ask him when shows would return, an indication not just of the presence Woodlawn has in San Antonio but of the impact it has on those who live in it when the lights dim and the curtain goes up.

“I think I realized more clearly that there really is a hunger for this kind of a thing. I think we started taking it for granted. I think we got a little comfortable, a little complacent,” he said. “And realizing how much what we do on-stage affects the community...it just opened my eyes to see how important what we do is to the people who come and see these shows. People wanted it.”

You can find more information about Woodlawn Theatre's upcoming production of "On Your Feet!" here.