The team, referred to as "violence interrupters," would work to engage in dialogue with west-side residents. 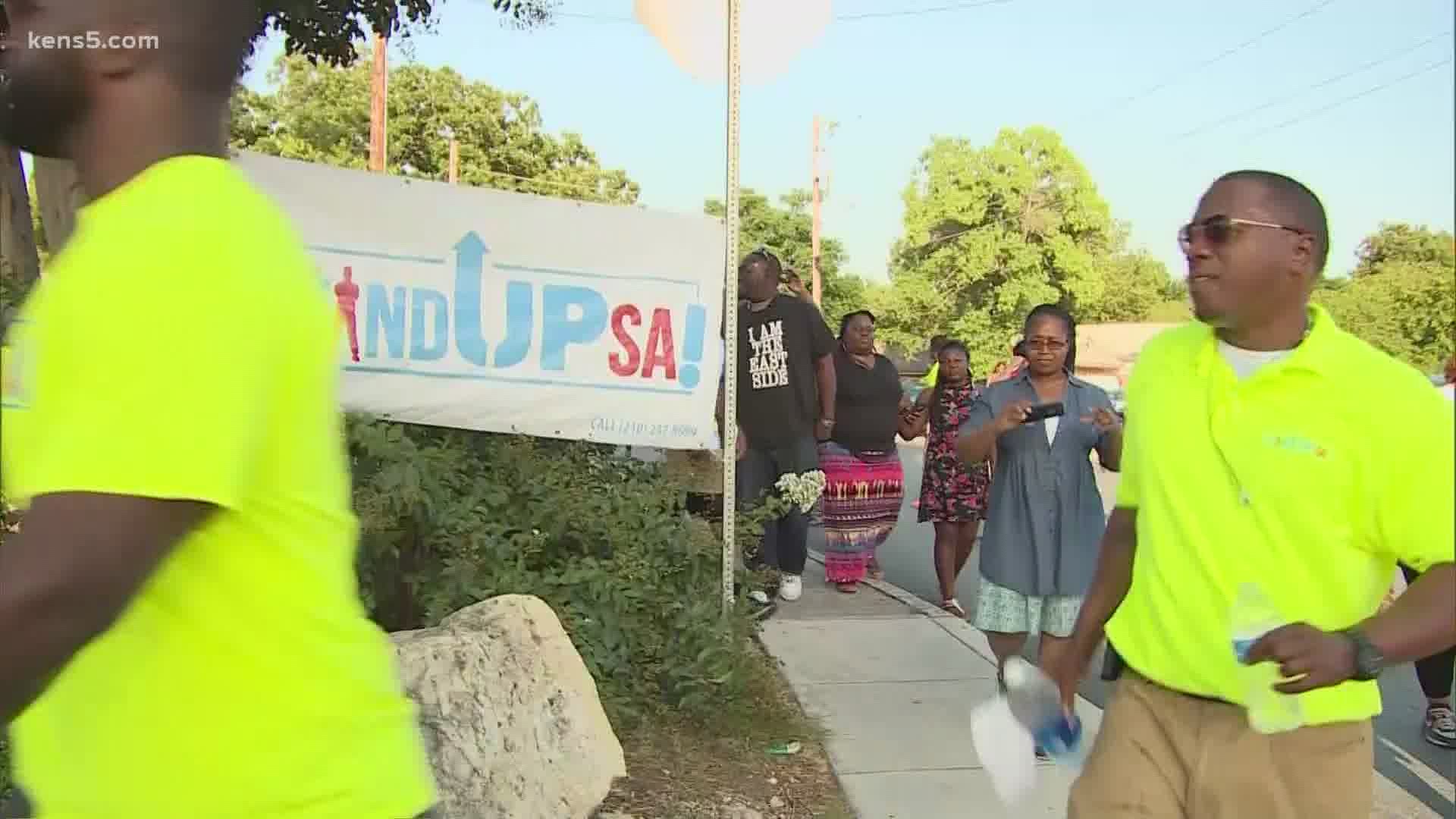 SAN ANTONIO — Metro Health is looking to hire a special breed of crimefighter. Referring to street violence a public health threat, they are trying to stop attacks before they start.

The five-year-old project is called Stand-Up SA and Coordinator Derek Taylor said the idea is to "look at violence from a different perspective." The aim of the effort is to send trained community health workers they call "violence interrupters" into some of the city's most troubled neighborhoods.

The team members, who come from a variety of backgrounds, are tasked with talking to people about their issues, hoping that dialogue will replace violence. Wearing brightly colored T-shirts, the workers are instantly recognizable when they show up at crime scenes.

And they are working to grow their ranks. They are currently looking to hire ten people to work the streets of west San Antonio.

"I am looking for someone who may have been formerly incarcerated (or) involved in a gang and has knowledge of the west-side community," Taylor said.

People who have been in trouble in the past often have a better understanding of what it takes to get out of trouble.

"Now they have turned their life around and they want to be a person to right some of the wrongs they have done in the past," Taylor added.

While having overcome issues in the past, Taylor said they cannot hire anyone who is currently on parole or probation.

Taylor said the intent is to saturate the west side in a year when murders, assaults and assaults with weapons have been all too common.

The new recruits will receive valuable training in ways to build a better community.

"They will be a trained mediator, detecting conflicts through various methods and intervening before situations escalate to violence—specifically gun violence," Taylor said. "At the end of the day, if they can just walk away and shake hands? That's the best situation."

The job is not without risk. The team members often show up at crime scenes that are still active when tempers can be flaring.

"Typically, right after there's gunfire in a neighborhood, my team will get deployed just to figure out what's going on, to see who was shot, who the victim was and see if they can stop any further retaliations."

The deadline to apply is Tuesday, and the posted salary is $15.65 per hour. Applications can be filed online here.