On Wednesday, Malinda Pennell will lead a search near Camp Bullis off Military Highway and Loop 1604. 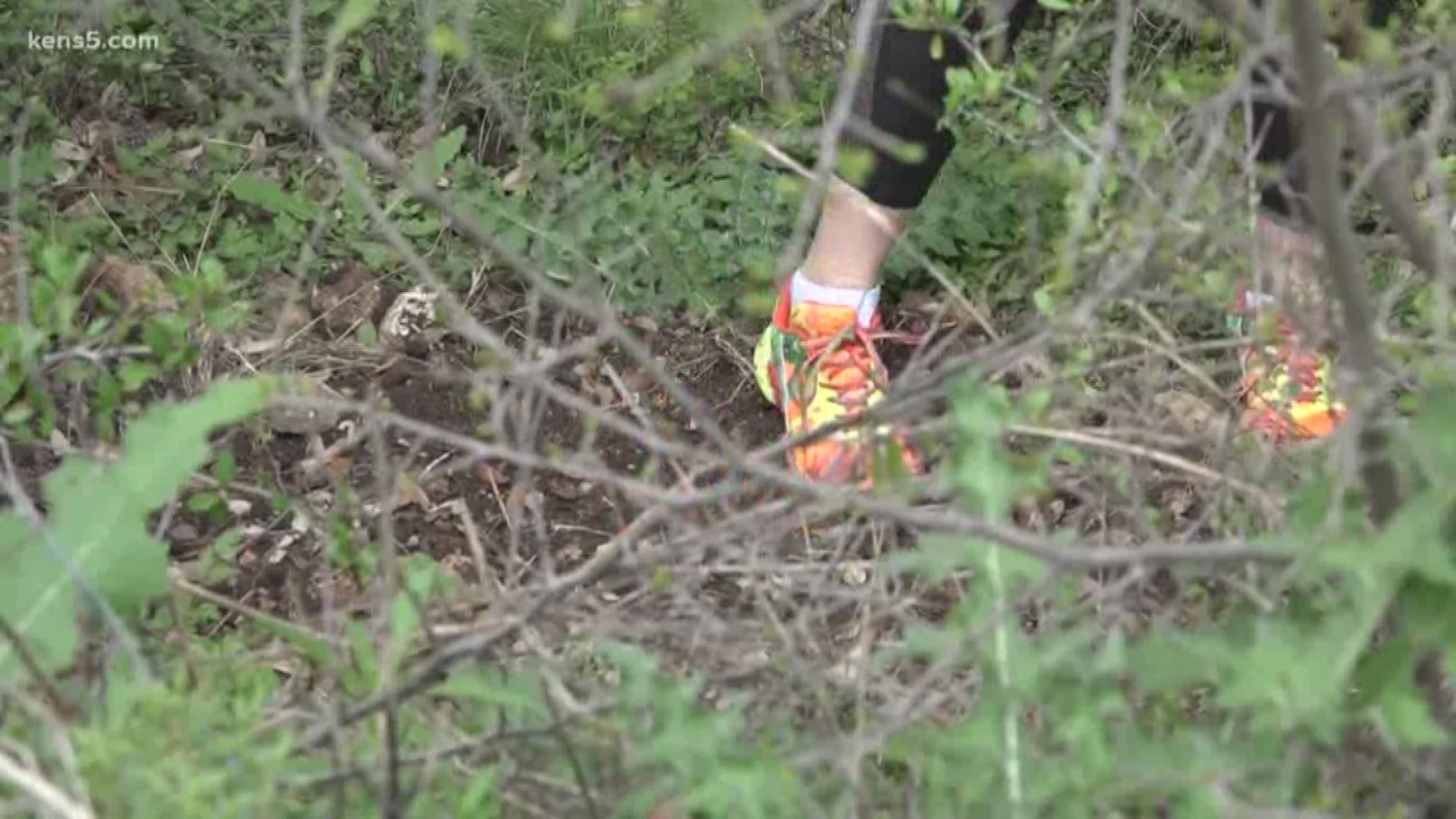 SAN ANTONIO — The Bexar County Sheriff's Office tells KENS 5 they don't have a search for Andreen McDonald planned for this week, but that could change at any moment. However, volunteers haven't stopped looking for the missing mother who is believed to be dead.

Retired Military Police Officer Malinda Pennell is out to find Andreen. "I have extensive training in battlefield forensics," she said. "Which is pretty much doing this, but it is normally on a battlefield, like in a war zone."

She doesn't know Andreen. Pennell said she was called to help because she was in a violent marriage.

"And at the center of this is a little girl who has basically lost parents," she said. "She is six years old. Can you imagine? I'm sure she keeps asking: Where is mommy? That is what motivates me."

Pennell said she is not trying to interfere with investigators. "There is only so many of them," she said. "They have other crimes to take care of. So, if we can be an asset, not a detriment to finding Andreen, that's our goal."

On Wednesday, Pennell will lead a search near Camp Bullis off Military Highway and Loop 1604.

After her disappearance, her husband, Andre who's an Air Force Major, was on the military installation, but had no official business being there.

He's still in jail on charges related to her disappearance.

PREVIOUSLY IN THIS CASE: