Instead of a pool or golf course, the Village Farm Tiny House Community will feature Green Gate Farms as its main amenity. 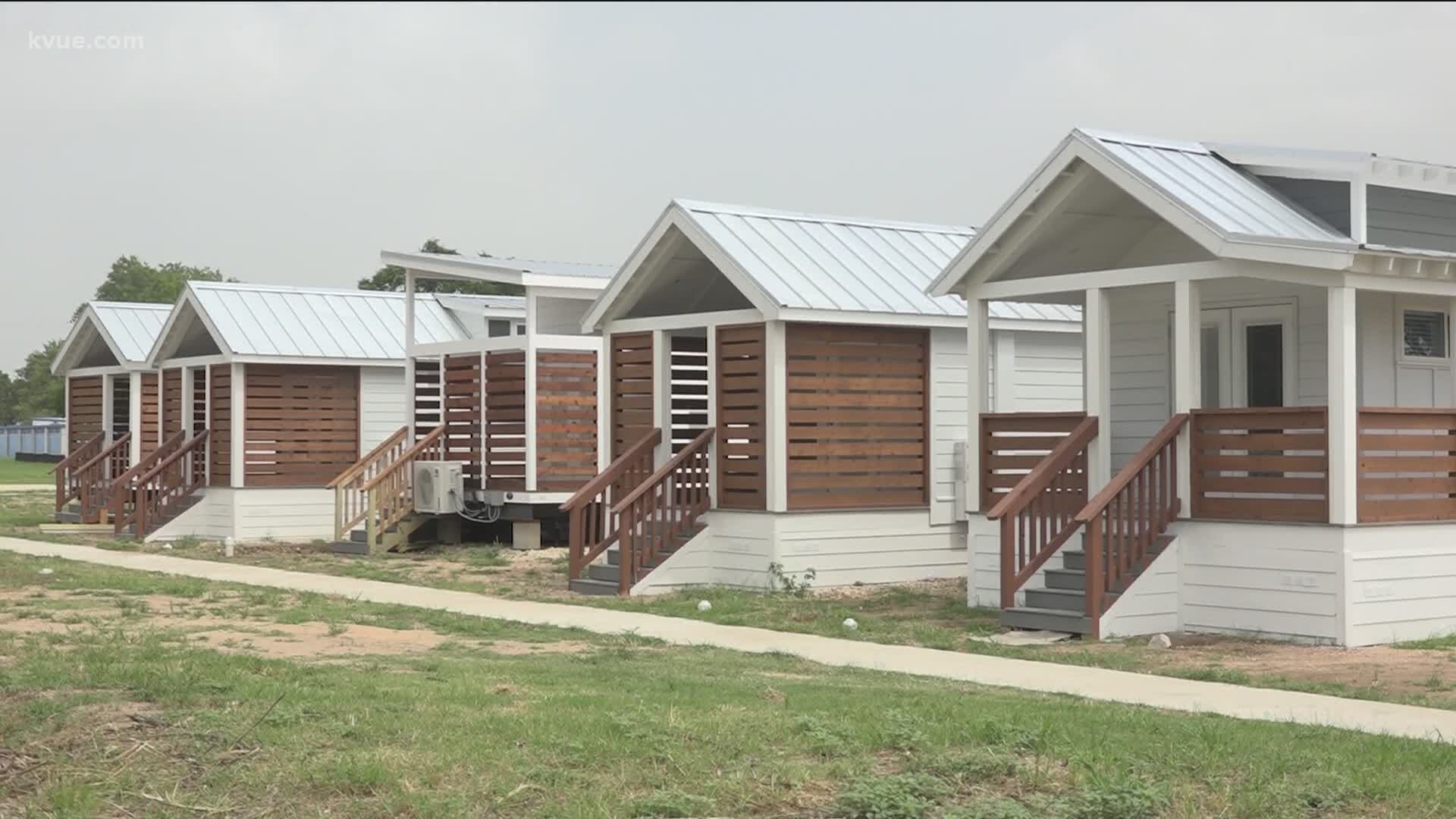 AUSTIN, Texas — In an agriculture neighborhood, residents can help work on a farm and buy local, organic produce for a reduced price, then walk a few steps to go home.

It's not a new idea to feature a farm as the centerpiece of a new neighborhood development, but the people behind Village Farm Tiny Home Community believe it's the first "agrihood" in Central Texas and the first tiny home agrihood in the country.

"It's not the kind of place where you go home, put the garage door down and don't talk to anyone," Rebecca Powers, the customer care manager of Village Farm, said. "It's truly a place where you know everyone on a first-name basis and that makes it really special and unique."

Powers also lives in one of the tiny homes on site.

Roberts Communities built tiny homes in the neighborhood east of Downtown Austin in 2018. On Saturday, Roberts and Green Gate Farms held the first soft opening for the tiny homes nearest the farm.

"The farm and the city have been so far apart, and this kind of brings the farmer closer to the center of the community," Skip Connett, the vegetable farmer at Green Gate Farms, said.

Connett and his wife, Erin Flynn – who organizes the wildflower Community Supported Agriculture program at Green Gate Farms – will also be living in one of the tiny homes.

"This idea behind having a small footprint around a small farm that's certified organic, I mean, that really hits a lot of the buttons that are really important for people today," Connett said.

"It gives more access to food that everybody else hasn't touched," Stephanie Evans, a new homeowner in the agrihood, said.

Evans has watched Village Farm grow since the first two tiny homes were built in 2018. She even did a trial run in a tiny home by house-sitting for a friend.

'Why can't we just buy from our neighbors?' Austin company connects local farmers with buyers

For years, Evans planned on making the change to a tiny home. And in July, she will move into a tiny home two doors down from Connett and Flynn.

"There's less to clean, there's less to tend," Evans said. "I have options to do other things because I'm not putting all my time, energy and finances into this home."

Powers said in the next few years, people will be able to live in any of the 170 tiny homes built around the farm. At the same time, Roberts Communities is also building a general store in the middle of the development for residents. Powers hopes more tiny home communities pop up around Austin as a solution for lack of affordable housing while the city's population booms.

As people move to the neighborhood, they can buy produce from Green Gate Farms at a reduced price than the public. No resident is required to buy from Green Gate Farms, but Connett and Flynn hope people will volunteer and help plant and harvest the produce and flowers on the farm.

Residents will also have access to a pool and clubhouse in the neighboring Loma Vista development, a manufactured-homes neighborhood built by Roberts Communities.