The man walked right up to the tip jar on the counter, stuck his hand in and walked out with an unknown amount of money. 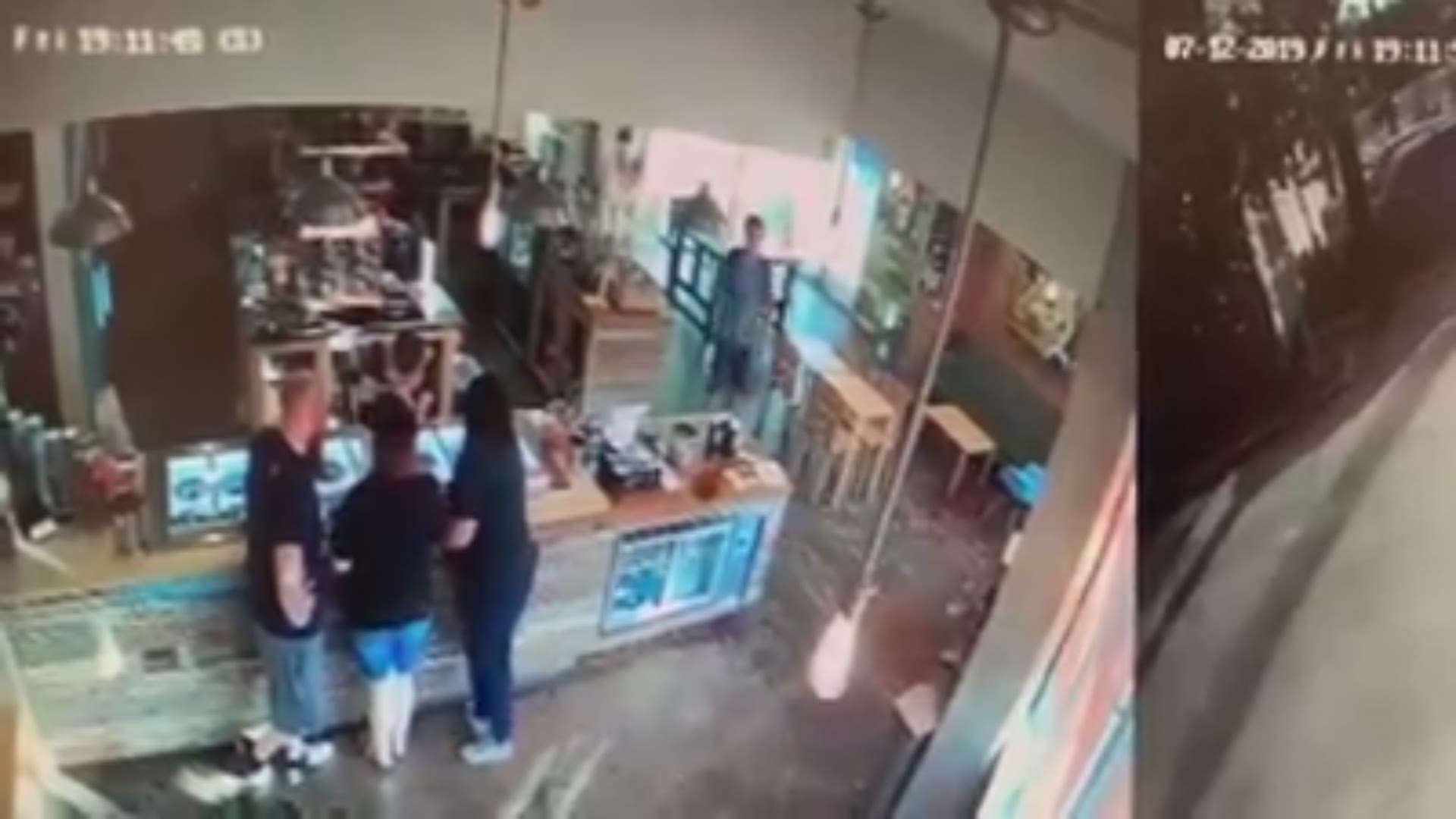 SAN ANTONIO — A central San Antonio business was hit by a crime of the most brazen variety Friday night when a man calmly walked in, stuck his hand in the tip jar, grabbed some money and left the same way he came.

Surveillance cameras caught the incident, which unfolded at the South Alamode Panini & Gelato Company near Alamo and Probandt.

Owner Josh Biffle said the man had been in store previously, asking customer before money before being told by employees to leave. Not long after that, he came and helped himself to an undisclosed amount of money from the tip jar.