'Used-Mexicans' billboard taken down after days of complaints

"The billboard is offensive and not representative of our community’s values," local city leaders said. 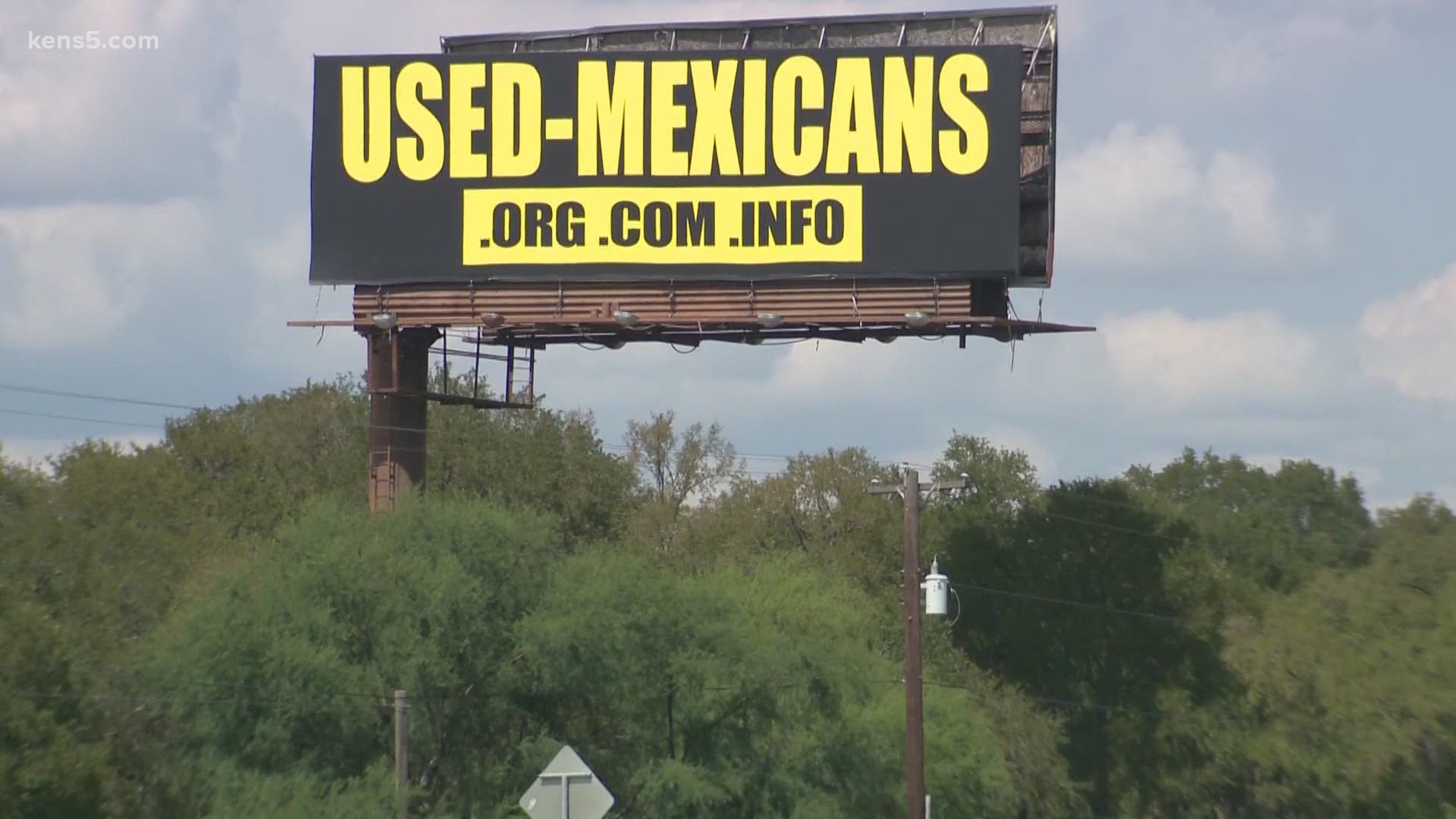 SAN ANTONIO — An eye-catching billboard has come down after causing controversy in south Texas.

Several viewers on Monday sent KENS 5 pictures and videos of the advertisement for a website called "Used-Mexicans."

One viewer called it discriminatory, saying, "it really hurts to see something like this."

The website, political in nature, claims Hispanics are being "used" by liberal politicians. The website describes Hispanics as conservative people, but, in its mission statement, states many are "convinced they are democrats."

A New Braunfels resident and co-administrator of the Facebook activist page "Living Blue in Comal County" shared a photo of the billboard on social media. She told KENS 5:

"Racism has reared its head loud and proud locally in the last few months. The sign is offensive, and the .org website is disturbing. They claim to be 'pro-Hispanic' but it's no more than a racist dog whistle, patronizing in its tone toward Hispanics, and littered and littered with conspiracy theories, misinformation and videos from questionable sources making questionable claims."

The man behind the ad and the website is Charles Abernathy. Over the phone, he told KENS 5 that his intent was to spark a conversation. He said this is something he's done before.

The billboard was erected alongside I-35 between San Marcos and New Braunfels. Even though it's outside of city limits, New Braunfels city leaders still received plenty of complaints about it on Monday and over the weekend.

"The billboard is offensive and not representative of our community’s values," said City Manager Robert Camareno.

Camareno said they located the owner of the billboard, who told them the ad was never approved. It was taken down by Monday afternoon.

"Once they were notified of its offensive messaging, they worked swiftly to address the issue," Camareno said.

National leaders with the League of United Latin Americans were involved in the process. After local LULAC leaders reached out to them, they quickly contacted the City of New Braunfels to address the issue.

“The sign referred to Mexicans as ‘used’ and was clearly meant as a racial slur against our community,” said LULAC State Director Rodolfo Rosales. "We immediately took action when the hate sign was brought to our attention. We reached out to the City of New Braunfels, Texas, located closest to the billboard asking for the assistance of leaders there as well as the company that owned the billboard structure to make them aware of how offensive the message was to us."

Rosales said Turner Outdoor Advertising had the sign taken down and has donated the space to LULAC to use for placement of a positive message.