Five veterans and two first responders were flown in from around the country to participate. 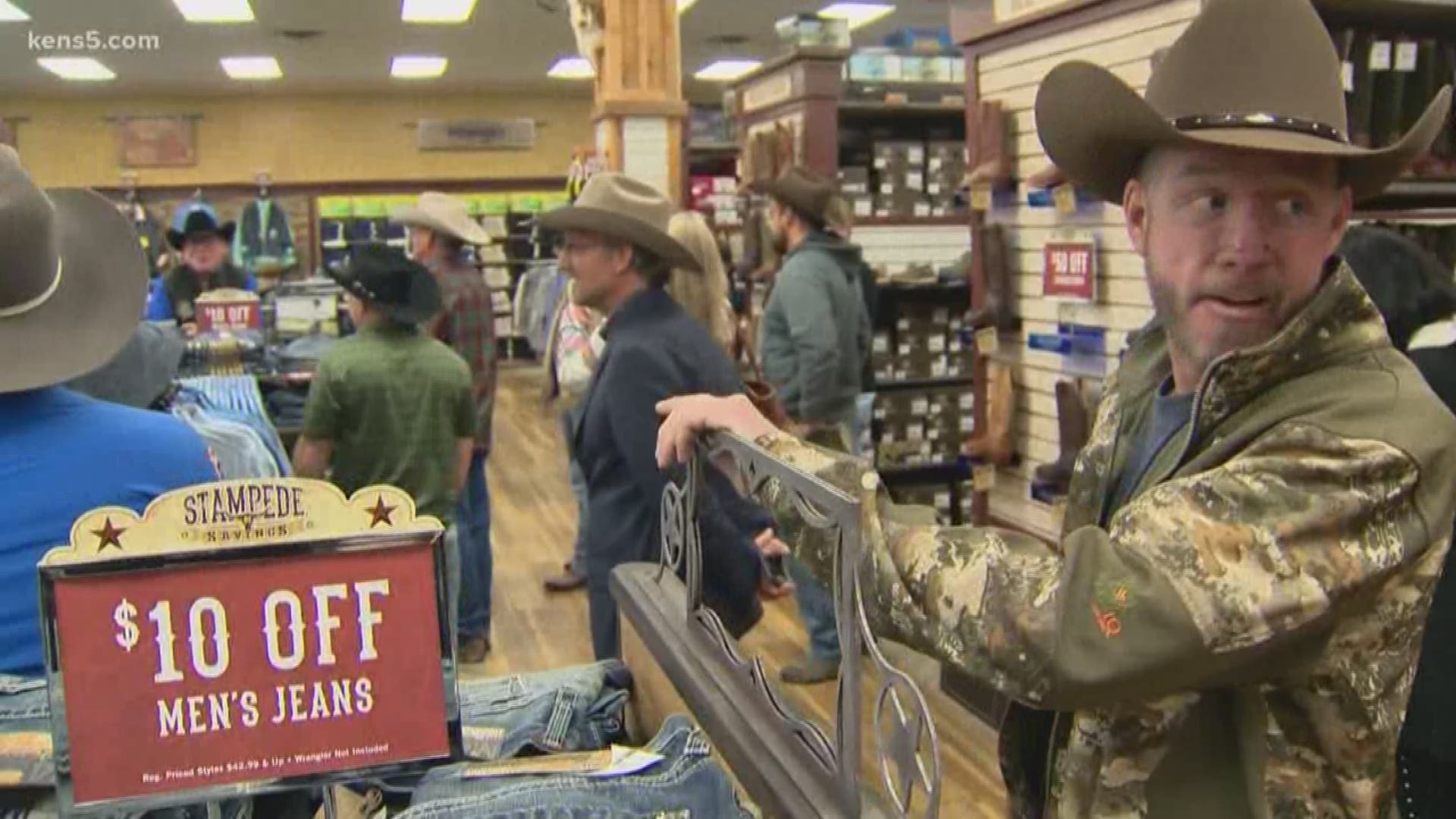 SAN ANTONIO — Five veterans and two first responders were chosen to come to San Antonio for the weekend of their lives, flown in from across the country to be on the receiving end of a show of gratitude for their service.

Their first stop was at Cavender's, where they were treated to a surprise shopping spree—the first of many surprises they'll have over the next four days.

"I don't know what all these guys expect, but it's going to be a lot more than what they ever anticipated," said Garrett George of Trinity Oaks Ranch.

Right off the bat, they thought they were going to the ranch directly from the airport. Instead, 10 minutes later, they ended up at Cavender's.

"We've partnered with Record Rack Feed and Cargill, and they have selected one member from each branch – so (U.S.) Army, Navy, Air Force, Marines, and Coast Guard – and we selected these guys from all over the nation, along with a firefighter from New York and a state trooper from Texas."

That firefighter is Daniel Foley, who said he honored to be selected.

"I'm not used to being in the spotlight, but it was a nice surprise," Foley said. "I don't know what to expect, but from the looks of it now we got new hats, a pair of boots, some jeans, all new clothes...they are taking good care of us, spoiling us."

"When you've done something 53 or 54 years ago, you don't look for something to come your way for that service over half a century later," said Greg Manning, a Vietnam War vet and retired police chief.

Manning is  also the jokester off the group, but he was also moved by the incredible gesture of kindness.

"We are in a greedy society now, and to see people who are putting out and giving up things and doing things for others, it's not something you see every day," he said.

From Cavender's, the group traveled to the Trinity Oaks Ranch in Batesville for a weekend of activities like fishing, skeet shooting and hunting, concerts around the campfire, and surprises that we can't reveal quite yet.