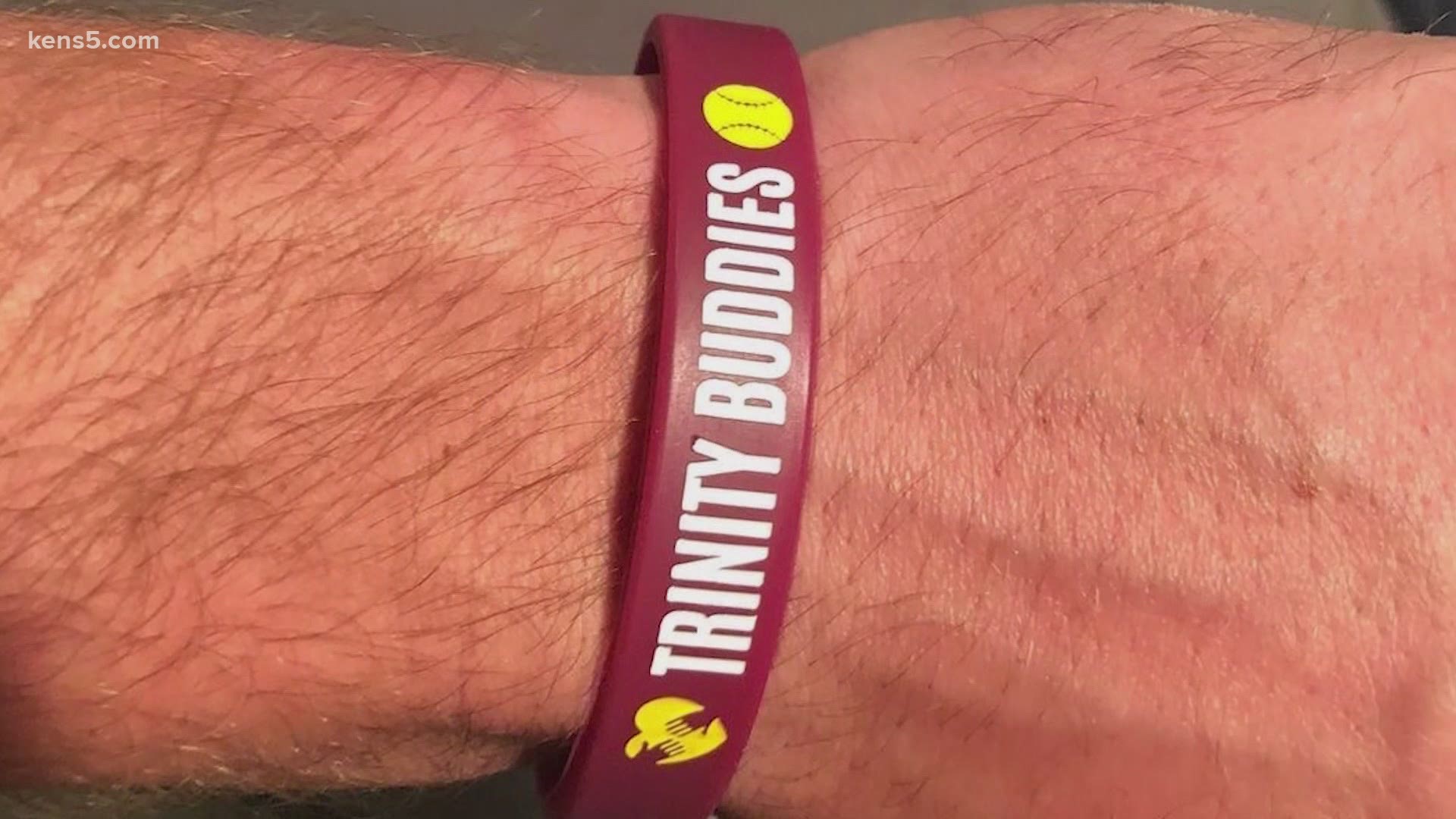 SAN ANTONIO — Trinity Tigers Athletics is making their mark off the field rather impressively these days. Just graduated senior softball star Gina Monaco led the way, not with just her team, but the entire Tigers athletic community when it comes to giving back.

"I kind of wanted to always be that athlete that used their platform," said Monaco.

She came up with the ‘Trinity Buddies’ concept her sophomore year. It started with hosting camps to teach youth the game of softball, but then the pandemic hit, and that forced the grassroots movement to redirect, and did they ever, with Northeast ISD.

"I wanted to stay in that school district because it is personal to me," she added.

Monaco pitched the idea to the Trinity athletic community as the ‘Trinity Buddies United As One’ fundraiser to help raise monies for the NEISD homeless community. She convinced all eighteen Tigers athletic programs to participate in the fundraiser.

"Because of the pandemic, and then the snowstorm, the homeless chapter grew even more unfortunately," she added. "I did some research on their web pages and came across family engagement and thought this would be perfect."

"I wanted to  know what they needed. What can we help with? They told us the homeless chapter was really in need right now’," she added.

Tyler Shoesmith from NEISD was thrilled to have the Trinity Buddies support.

"She showed up with a huge check for us, and that was big for our district and our families," he said.

"It is going to directly to help families with whatever they need," Monaco said.

Trinity Buddies told us that can be in the form of food, clothing, transportation (bus passes) and even support for hotels to keep families housed as they look for permanent living. And even though Monaco has graduated, she’s still like to stay involved however she can knowing that it was time to hand it off.

"It’ll be hard, but I know it will be in great hands." People who would like to donate can find Trinity Buddies by contacting the Tigers Athletic Department.